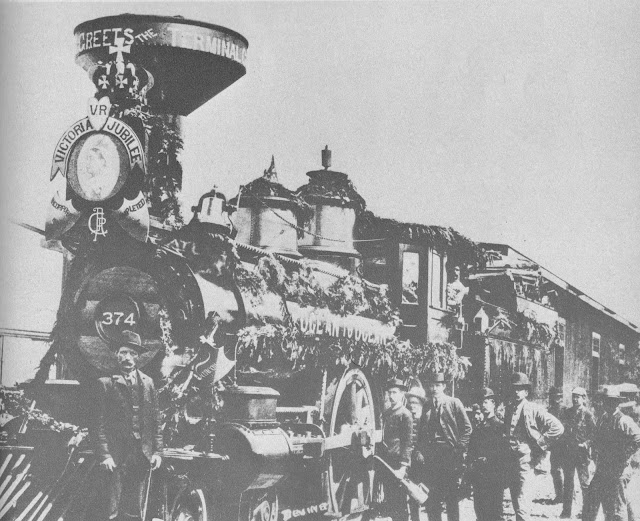 Locomotive 374, decorated for her role in the arrival in Vancouver of the first transcontinental train into that city. She was the locomotive chosen for the celebration of the completion of the new spur into Vancouver, a year after the first transcontinental train had arrived in Port Moody, pulled by sister #371. Without all the decorations, she probably closely resembled sister engine #376 below. 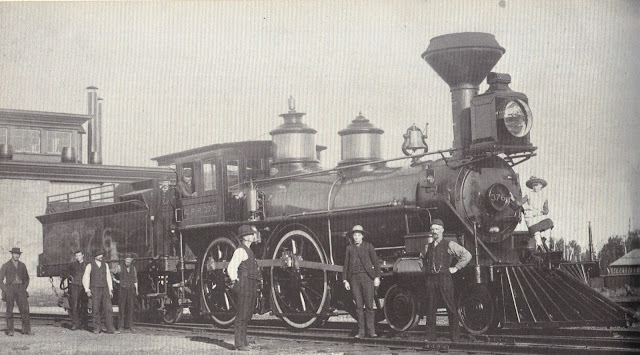 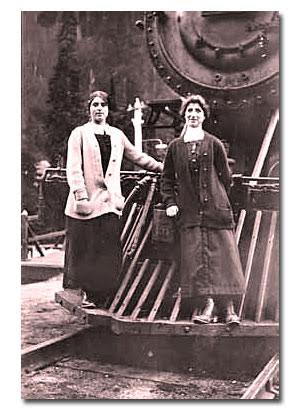 Locomotive 374 had other moments in the sun, here posing with  Lady Agnes MacDonald, wife of the Prime Minister, Sir John A. MacDonald, who rode the pilot 1000 km through the mountains to Vancouver. 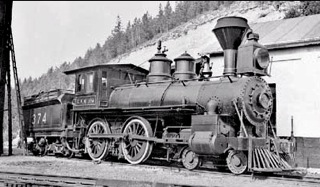 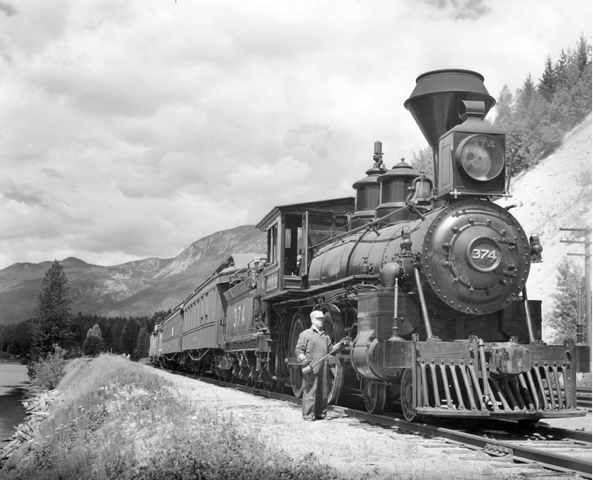 After years of service, the locomotive was completely rebuilt and modernized in 1914, getting new boiler, cylinders, wheel etc. Above are two 1936 portraits taken during filming of "Silent Barriers", a movie about the building of the CPR. That must an artists rendition on the poster for the 1937 movie. 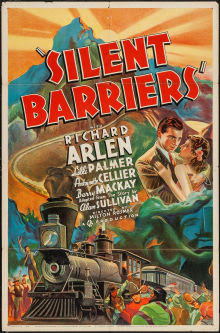 By the end of her service in 1945, sporting the number 158 in her final years she probably more resembled the locomotive below, number 29. 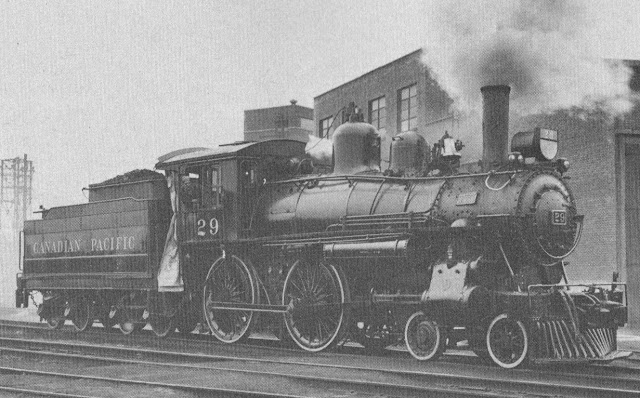 Unknown location and era but it could be after the Angus shops rejuvenation before being presented to the City of Vancouver in 1945 and put on display at Kitsilano. 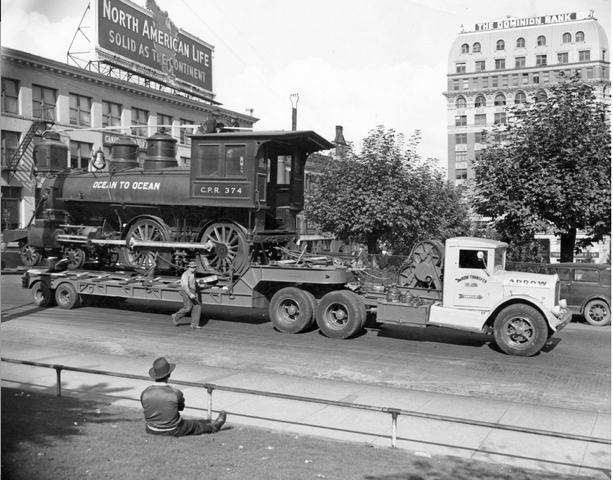 Moving the locomotive through Vancouver. 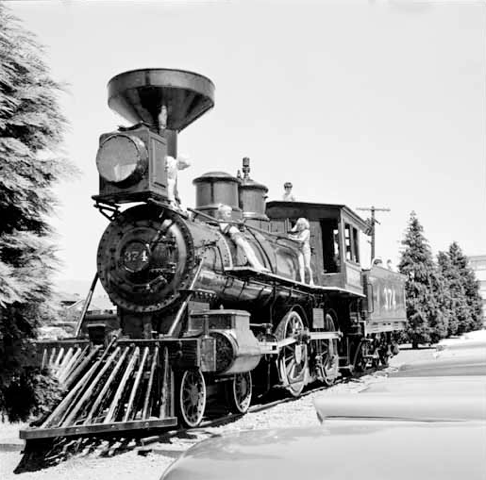 The locomotive on display in Kitsilano, 1961. It remained on display till 1983 when a new round of renovations and restoration were begun in preparation for display at Expo 86. 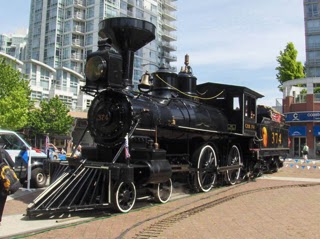 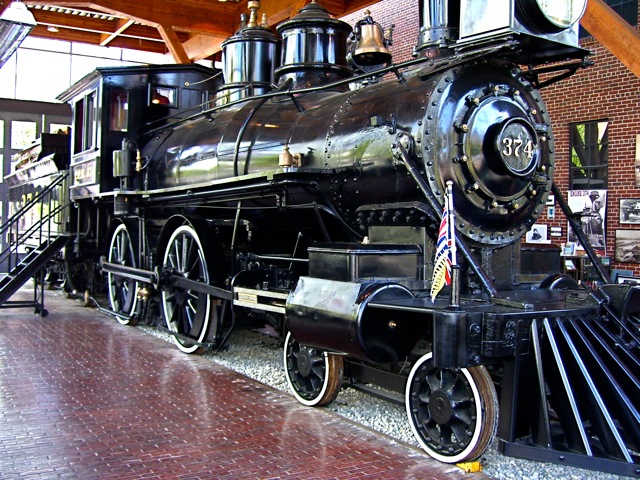 And finally, a 2009 photo of the restored #374 at the Vancouver Roundhouse. I visited this locomotive when I was in Vancouver in 1976, and again at Expo 86.
Thanks to Steve Burnfield for reminding me and then for his help in creating this post!

His name was Sir John A. Macdonald.