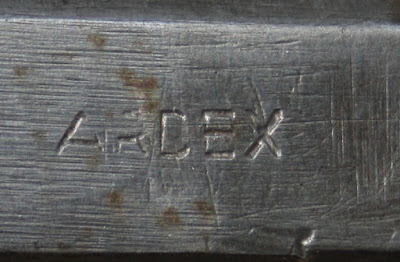 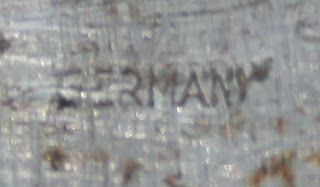 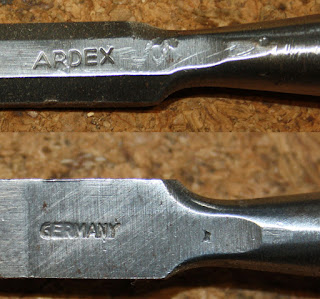 Above, three wood chisels marked "Ardex" on one side of the blade, "Germany" on the other.  Below, an Ardex Italy secateur: 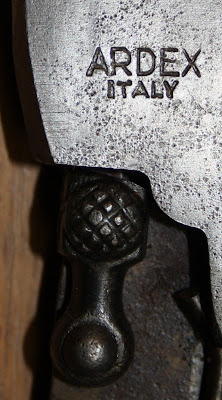 Even Ireland got its turn: 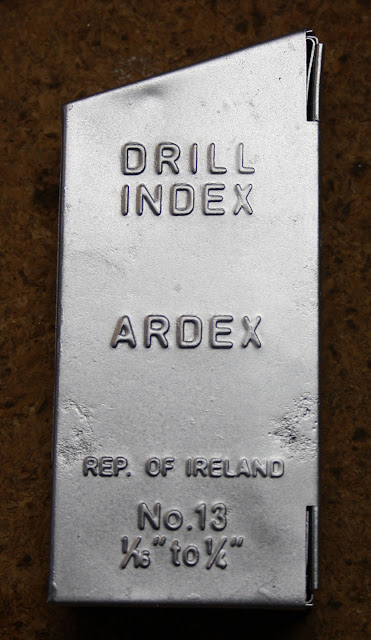 Below, an Ardex backsaw, which proclaims on the blade "Fully Tempered, Warranted Quality" and "Best Quality." 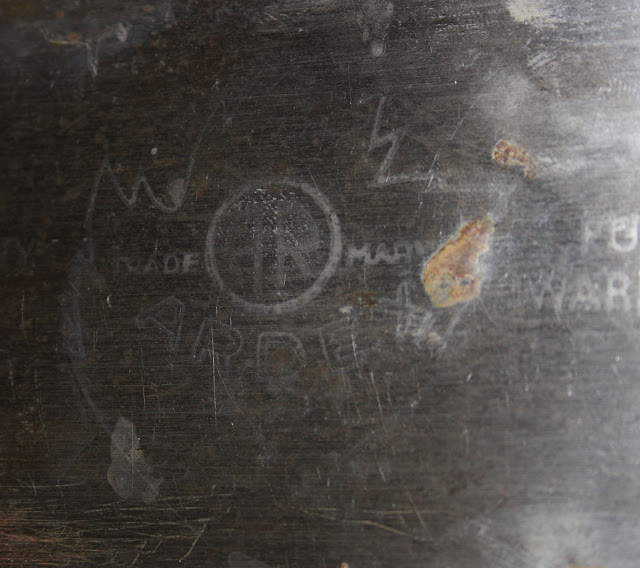 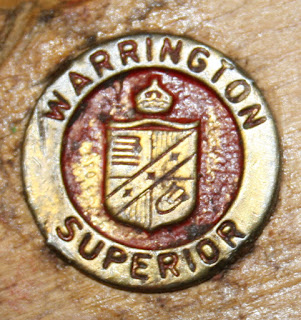 The saw medallion procalims "Warrington Superior" with some kind of heraldic crest.  I'm pretty sure that this is just made up to look official but is actually meaningless.

Below, an Italian-made oil can using this trade name: 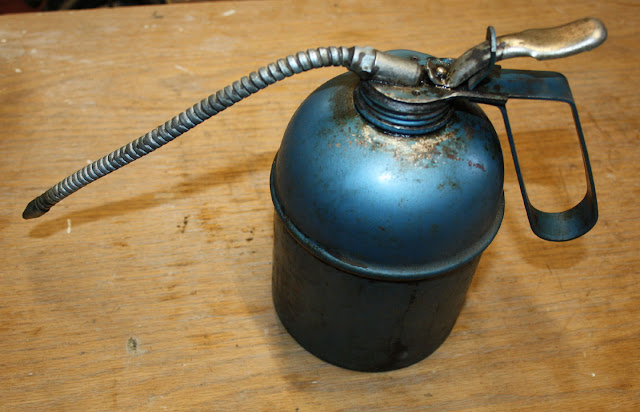 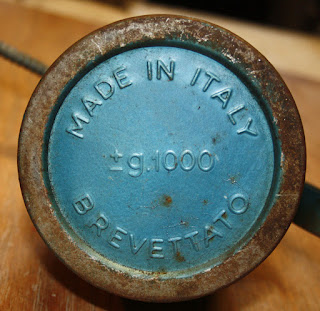 ("Brevettato" is Italian for "patent.")

Ardex was a trademark used in Canada by H.R. Radomski & Co. of Toronto.  Radomski appears to have been principally an importer of European tools, applying the Ardex name to hammers, woodchisels, tinsmith's snips, vises, hatchets, axes, oilers and other hand tools. (See my previous post on oiler labels.)  The secateurs above may have been made by a different company using that name.  However, Radomski also seems to have actually made axes in Canada, beginning in 1977. The company was dissolved in 2003.