I picked this up at a ReStore a while ago.  At first, I thought that the blade had somehow split in two, so I had a closer look.  I realized that there was a sliding tube that left the blades spread apart when it was closest to the hand, but that forced them into a wedge shape when moved toward the tip.  Brilliant design!  I think even better than the Upson Brothers Hold-E-Zee. 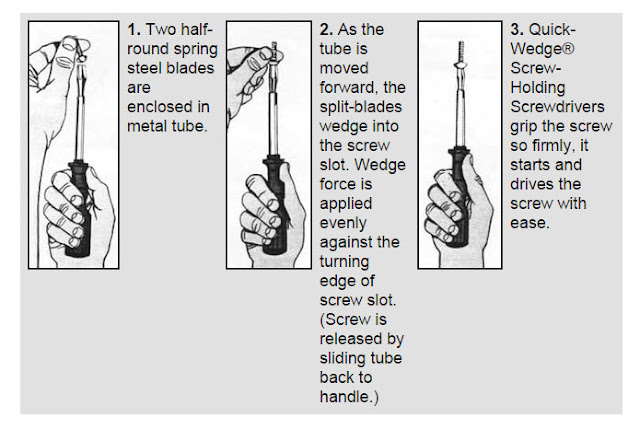 The idea behind the screwdriver appears to go back to 1863, when J.A. Ayres of Hartford, Connecticut was awarded a U.S. patent (39,206) for such a design. Over the ensuing century, various other inventors came up with modifications and improvements.  In particular, F. W. White of New York City received U.S. patent 1,275,810 in August 1918.  The patent that really changed things (2.445,383) was issued in 1948 to George Walker Barlow of Salt Lake City, Utah. 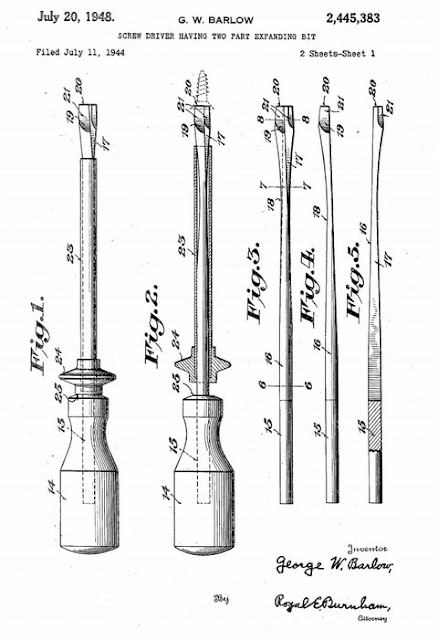 From what little I've been able to uncover, it seems that he brought his invention to G. Zahnor Edwards who was running a small company in the same city. Edwards bought the patent and, for reasons I can't determine, changed the name of his company to Kedman.  Edwards went on to become an inventor in his own right, and served on the board of directors of the Kedman Company until his death in 1990.  The screwdriver design continues to be made by the Quick Wedge Safety Tools company of Woods Cross, Utah, apparently the successor the Kedman firm. 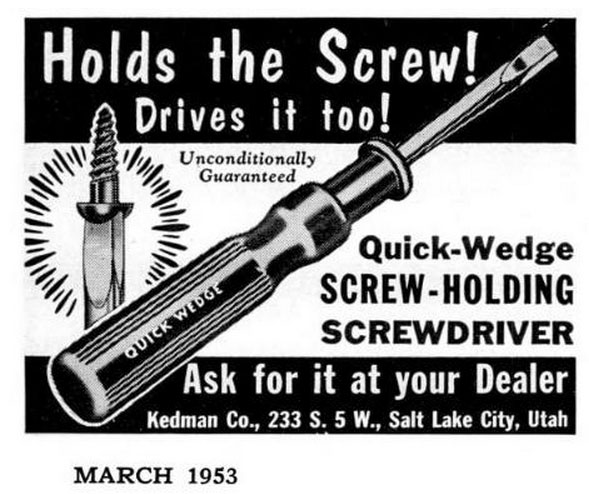