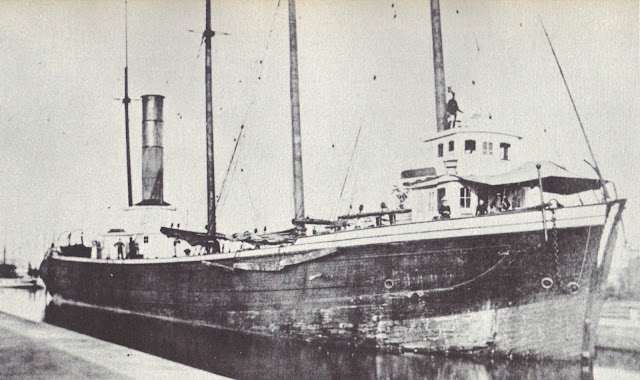 Built as a wooden schooner-steamer in 1874, the bulk carrier V.H. Ketchum was at time of construction the largest capacity ship on the Great lakes. In 1904 she was converted to a schooner (or barge depending on the account), her engines used in another ship.
While en route from Duluth to Cleveland in September of 1905, she caught fire and was beached. She burned to the waters edge, two people were lost.