J.P. Danielson and Karl Peterson co-founded the company in the Pearl City in 1903. The company initially specialized in pliers and wrenches.  Peterson left the company in 1907 to found the Crescent Tool Company.  In 1908 another expatriate Swede, Joseph Carlson, left the Peterson Crest Tool Company of the same city to become a partner, staying with the firm until his early death in 1918.  J.P. Danielson supplied tools to the likes of Harley-Davidson and Sears Roebuck. According to Alloy Artifacts, in the 1930's the company also manufactured "Bet'r Grip" wrenches, "Controlled Steel" tools and "Auto Kit" wrenches.  Below, examples in my collection: 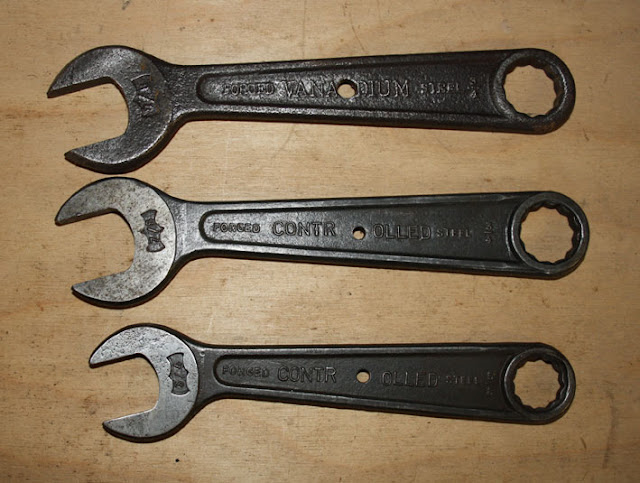 J.P. Danielson became a contract supplier to Plomb Tools in the 1940's before being acquired by that Los Angeles firm in 1947.