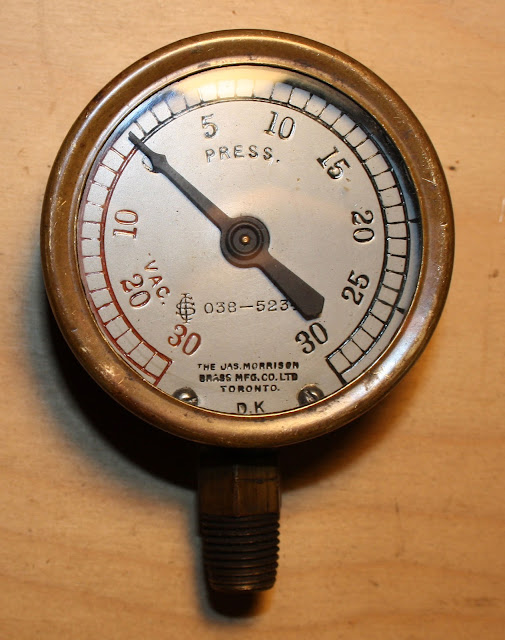 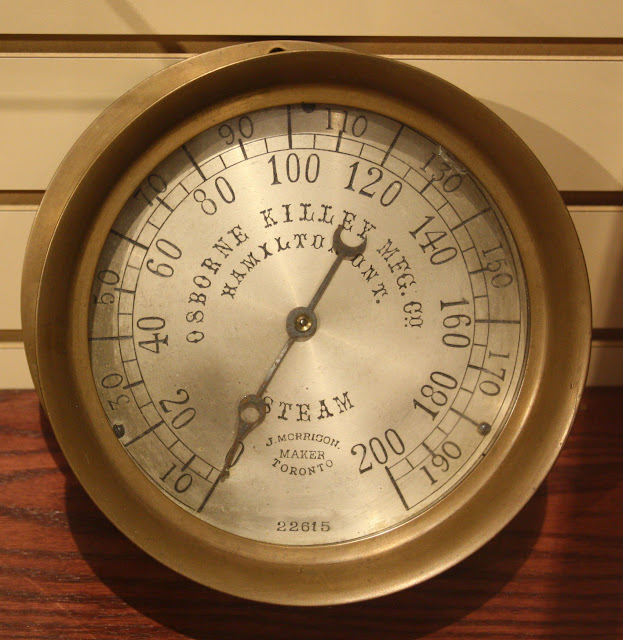 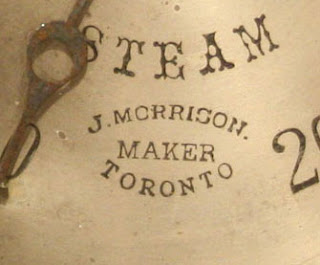 The James Morrison Brass Mfg Co. was founded in Toronto in 1864.  The business prospered and was able to relocate in 1872 to larger premises on Adelaide Street West.  In addition to brass founding and finishing, the company did business in engineers, steamfitters, plumbers and gas fitters’supplies. In 1891, the firm moved again to a new factory in Mimico.  At that point in time, the comopany was employing 150 people.  In 1930, the company was acquired by the Equitable Securities Corporation of Montreal & Toronto, becoming the Morrison Brass Corporation.  It was one of only four Canadian companies making  cast iron, steel & brass valves, high quality brass & bronze for pulp & paper plants, locomotive & marine equipment, plumbing, heating products, and gauges for steam, air & water.  The last reference I can find about the firm is its involvement in a 1956 scandal investigated by the Ontario Securities Commission.  Apparently, sometime in the 1960's it was acquired by the Cincinnati-based Luckenheimer Valve Company, which itself fell victim to a hostile takeover from Condec in 1968, and then in 1994 became the Cincinnati Valve Company.

Our house built in the 1880's has its original James Morrison 6' cast iron bath and matching sink. Both still have the brass fittings, supplies, vents, overflows. Someone added an in-line shit-off at some point, but other than that, all original! I'm in the process of sourcing a porcelain bowl for the lavatory as the original seems to have a hairline crack, but I'm not giving up yet.

The T. Eatons store at Yonge and Collage was fitted with plated brass fixtures from James Morrison Brass Mnfg Co.

My grandfather began as a floor sweeper at twelve years old for Morrison Brass and he told me he had done every job at the company. Papa didn't in the serve war because he was then company president and needed to oversee the fittings that were being used for many of our fighting ships. The company was extremely busy making parts for the military throughout the war years. I remember riding the huge gated elevator up to his office as a child. I am now curious to learn more about the securities scandal.

I remember when a nickel cost a dime