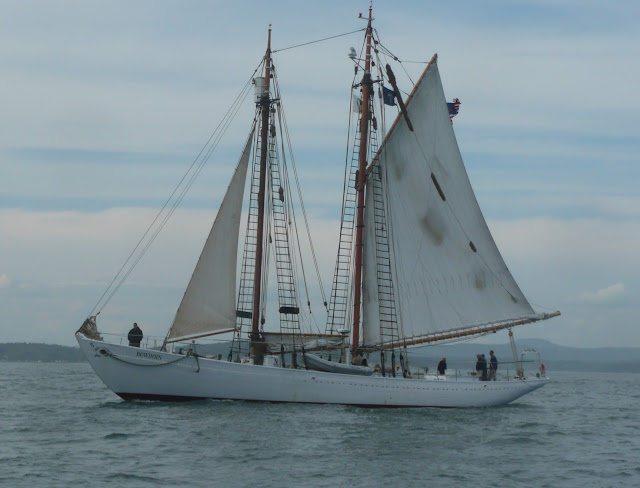 The Bowdoin was built at East Boothbay Harbour Me., launched in 1921 and designed specifically for Arctic exploration. Over the next two decades the schooner made repeated research trips above the Arctic Circle with Donald MacMillan.
In 1941 the Bowdoin was bought by the US Navy to assist in the defence of Greenland, one of very few sailing ships the US Navy used in WW2. After the war MacMillan bought the schooner back and continued his Arctic research. Over the next decades several more restorations kept the schooner going and in 1989 Bowdoin was declared a National Historic Landmark. It is now operated by the Maine Marine Academy and can be seen from the coast of Maine to north to the Arctic, in this case off Spruce Head in Penobscot Bay. 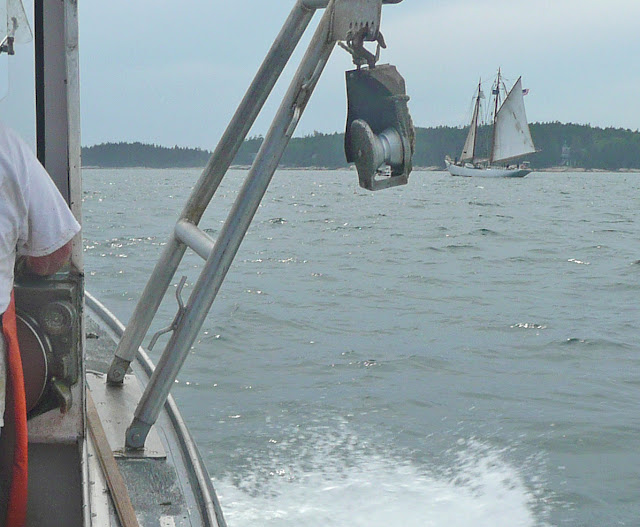 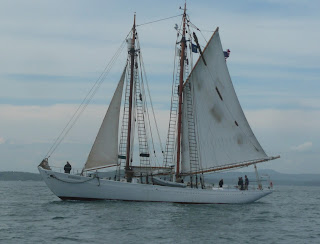