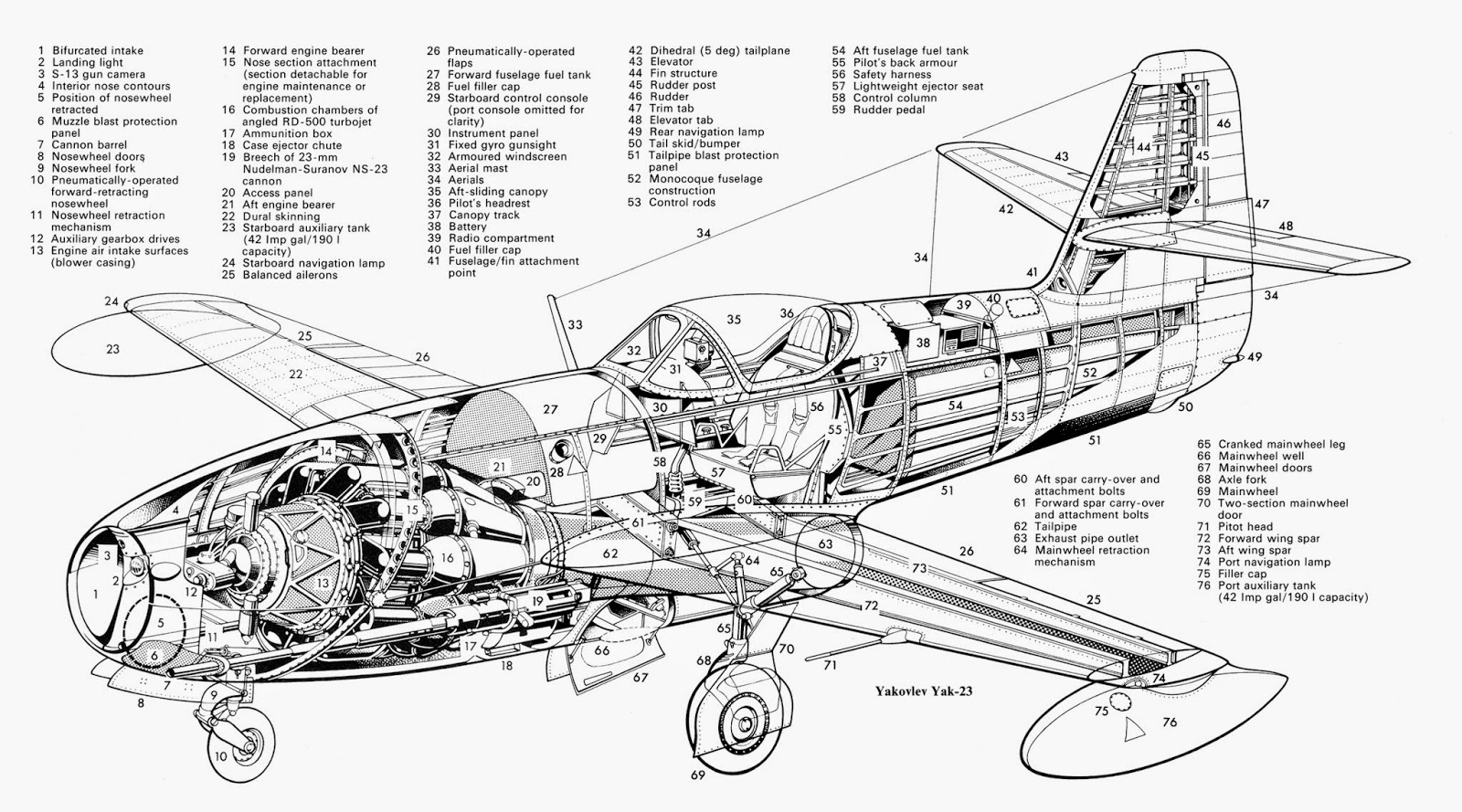 Illustration by John Weal which appeared in the May, 1973 issue of Air Enthusiast

The Yak 23 was an early Soviet jet fighter that first flew in 1947. It was replaced by the MIG 15 and was retired in 1951, although Poland flew them till 1956.
According to Wikipedia, The US acquired one through a Yugoslavian defector. The plane arrived disassembled. It was  tested and quietly sent back to Yugoslavia.
Posted by Mister G at 12:15 AM