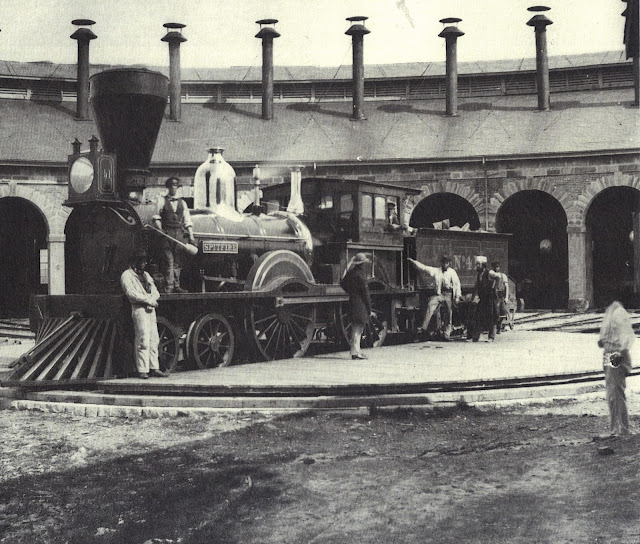 In the early years Canadian railways bought locomotives from England as well as the US. The Spitfire (above) was purchased from Fairbairn of Manchester, England by the Great Western of Canada in 1855. The track gauge in Canada was 5'6" at the time and most of the wide gauge locomotives including the Spitfire did not survive the transition to standard gauge in 1873.
http://home.cogeco.ca/~trains/rrcn.htm#gw