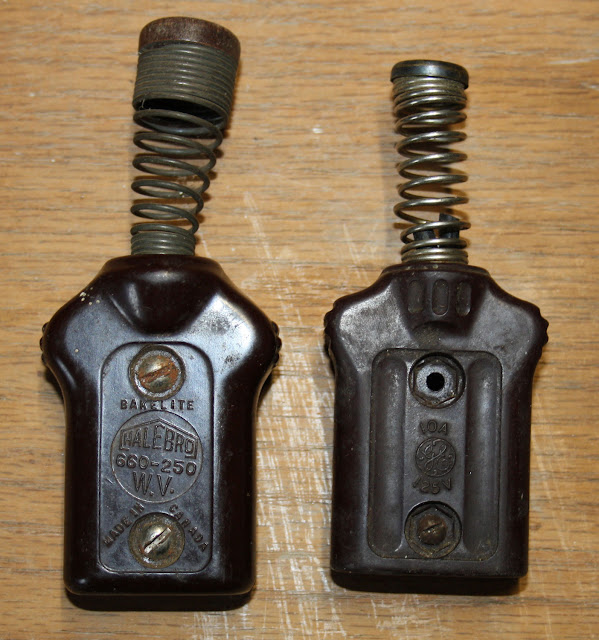 Two plugs for old electric frying pans.  The one on the left was made by Halebro, Hale Brothers Manufacturing of Canada. 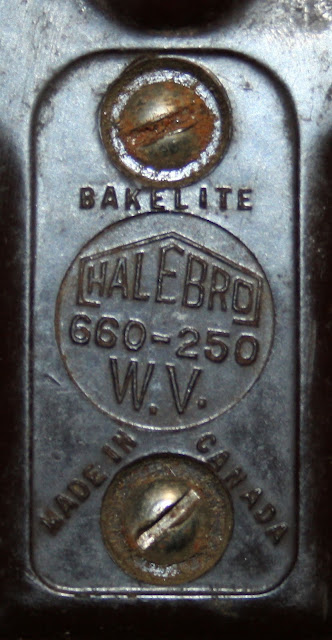 There's not a lot of information about this Montreal company online. They were a manufacturer of  bakelite electrical specialties and in the 1930's they were making radio sockets for the Central Radio Corporation of Beloit, Wisconsin.  In a 1931 city directory they were listed at 6224 Chambord Street,  giving A.C. Simmonds of 218 Front Street E, Toronto as their Ontario agents.

(Founded in 1918, A.C. Simmonds eventually morphed into something called BLVD Holdings.  John Simmonds, the grandson of the founder was, believe it not, influenced by a 1960 movie starring James Garner as "Cash McCall", an entrepreneur who buys failing companies and resells them.  In an 2014 Globe & Mail interview he said: "(The movie) was way before its time. I saw it about 20 years later in a video store, took it home and said, ‘I’ve become Cash McCall.’ So now we’re actually negotiating for the rights to remake the movie.”  Elsewhere he stated that his company had “probably acquired a couple of hundred companies” over the years with plans to buy in the vicinity of 25 more by the end of 2014 ... I can’t imagine doing anything else. I don’t excel at golf. Pretty much what I excel at is buying, selling and operating businesses,” Simmonds said. "This is my life and I wouldn’t change it for anything.”

In 2016, police launched a $30 million fraud investigation into BLVD Holdings, alleging fraud and money laundering.  Simmonds was one of the people arrested.  No word yet on how the Cash McCall movie rights efforts are proceeding.)

Back to Hale Brothers.  The company was bought in 1953 by Leviton (founded in New York City in 1906 by Isidor Leviton) and quickly renamed Leviton Canada.

They continued to make products there, eventually moving to Point Claire: 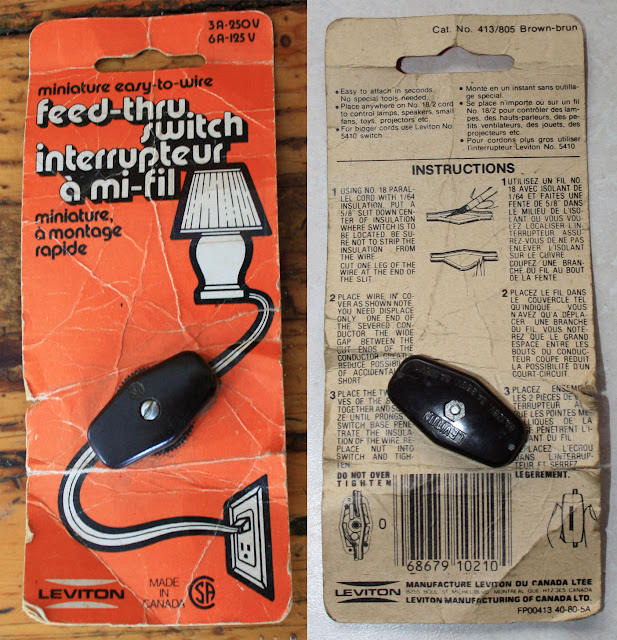 Today, the location remains the company's Canadian head office. No longer a manufacturing location, it has become only a distribution centre.  The U.S. parent claims that most of their products are made in the U.S., but on the American Made Listings Directory, the link to for the company's Buy American Compliant Products List has been "removed."  Hmmmm.  A visitor to that side has responded:

"Hate to write this, but there isn’t a any USA made Leviton Receptacles that are 100% USA made anymore. For several years I presume, these have been made in USA of global components. Aside from Hubbel with their “Buy American compliant” partially USA made and or assembled here receptacles , Leviton is the only other manufacturer that still at least partially manufacturers receptacles anymore."

Cash McCall sounds like a timely movie! i'll have to look for it.

In Electrical News of August 16, 1923, Hale Bros. are listed (in an advertisement for appliance plugs like the ones you show) at 435 St. Paul St. West. FYI.

Thanks for doing what you do. I appreciate your efforts.