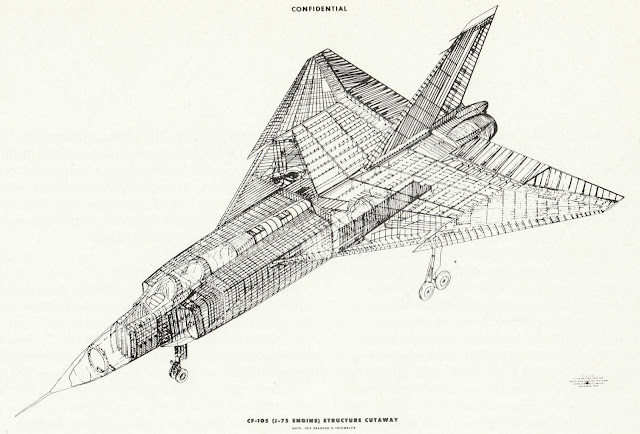 Structural cutaway view of the Avro Arrow.
The Avro Arrow was introduced on October 4 1957, the same day Sputnik was launched. It was the first supersonic fighter designed for sustained supersonic service and made Canada a world leader in aviation. The program was cancelled on February 20 1959, a day that became known as Black Friday in Canadian aviation circles. We've done a few posts on the aircraft and program cancellation over the years including this one.
Posted by Mister G at 10:05 PM