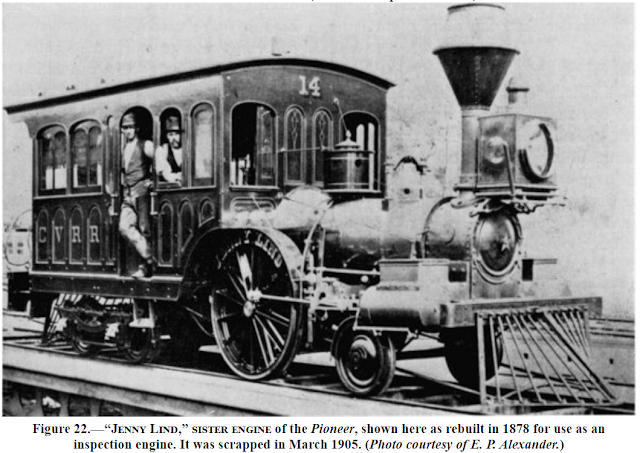 Although the 4-4-0 wheel arrangement was becoming the American standard by the mid 19th Century, there was a small resurgence of the single driving axle locomotive for light passenger service in the 1850s The Jenny Lind was built in 1851 and was soon considered obsolete. It was converted to an inspection engine and survived in that form till 1905.
To see what it looked like before conversion we can look to the Pioneer, a sister locomotive. This one lasted into the 1880s pulling short passenger trains, after that it was used as a work engine and by 1900 was being displayed at exhibitions as a historic artifact. It survives today. Previous post here. 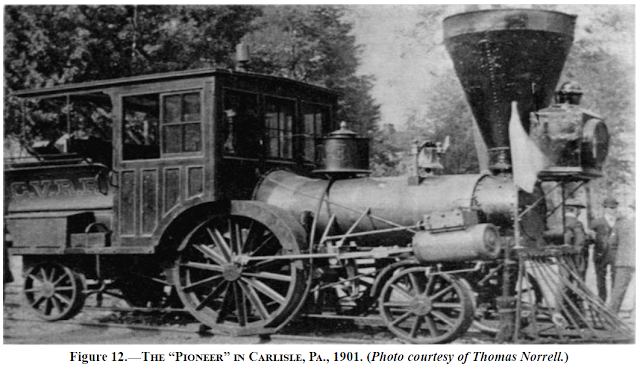