Seen at a local auction.  See the Wikipedia entry for more information on this bike.  Since it was French, I think that the white plastic container on the side was for wine.

See The Solix at Salbris for more information on the machine. 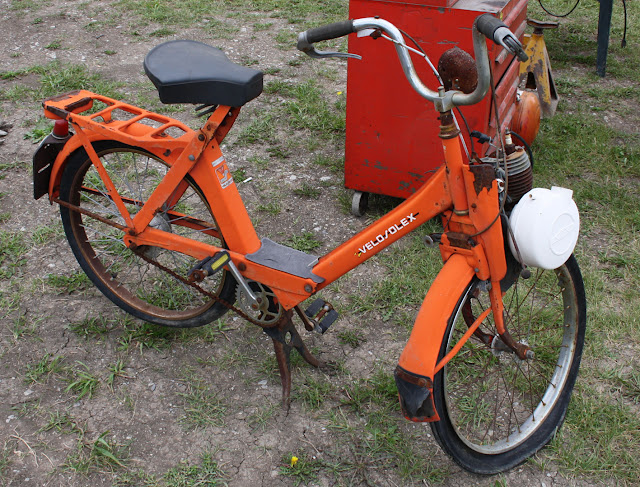 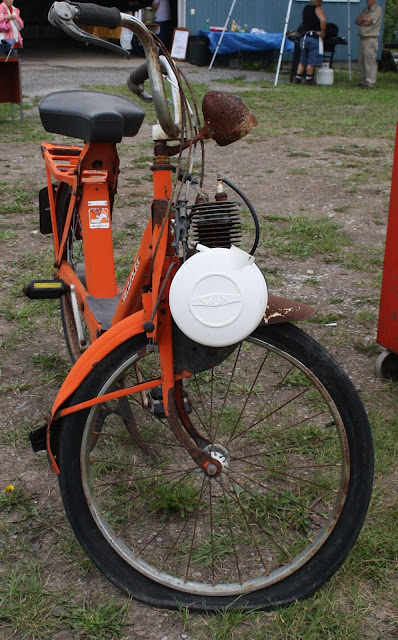 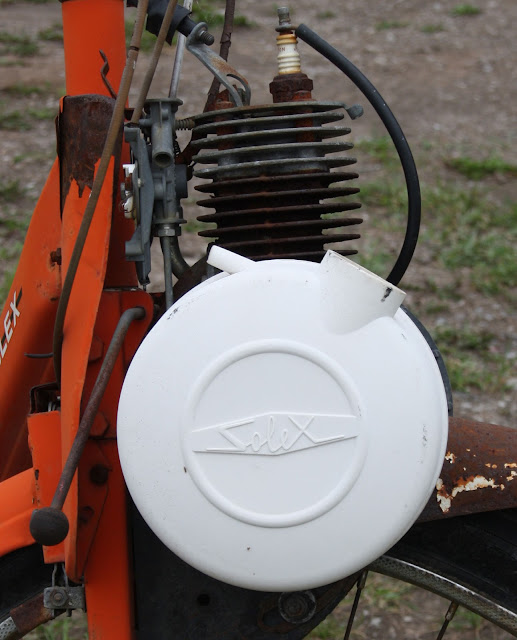 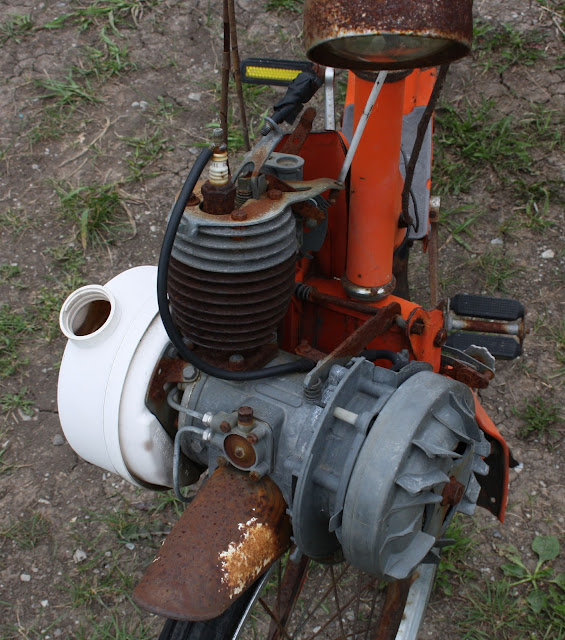 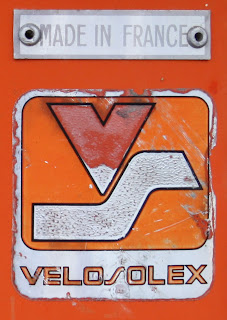 The one in your photos is a North American model (since it has a stop lamp at the back). It is called a 4600. It seems like most were orange like that one.

Did it sell at the auction? How much?

Oh, and the white container is the fuel tank. By the way, this one is missing the cover that directs cooling air (from those fins on the flywheel) towards the cylinder.

The VeloSolex was part of a large estate auction of mostly Ford Model A stuff (which I admire but don't collect), and it was clearly going to be hours before the bike went on the block. Also, I really, really did not need another project, so I bailed before it came up for bidding. Based on the prices things were being sold for, though, I expect it went cheap. Still, some things went for a good dollar (at least far more than I would have paid), so who knows?