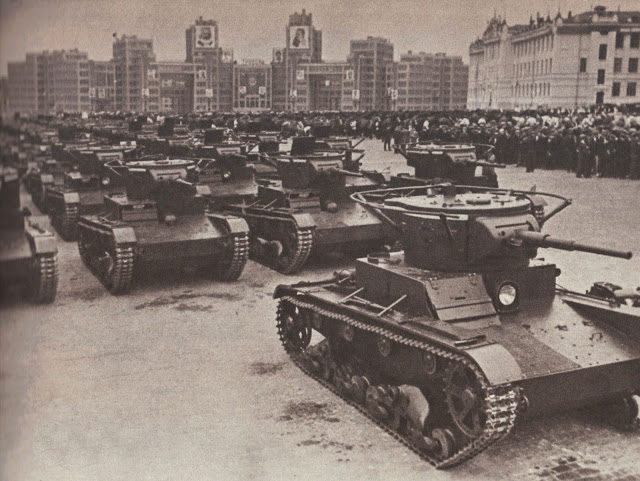 T26 light infantry tanks on parade in the Soviet Union. Approximately 11,000 of these tanks were built from 1932 till 1941 and some remained in service till the end of WW2. The vehicle was a development of the British Vickers 6 Ton tank, designed as a simple and easily maintained light tank for export to less technologically advanced counties. Over the years the T26 was produced in several configurations and many different iterations.
Posted by Mister G at 9:46 PM

Imagine all that engineering, material and manufacture put to better use. Why can't it be done?