A visit to Juno Beach 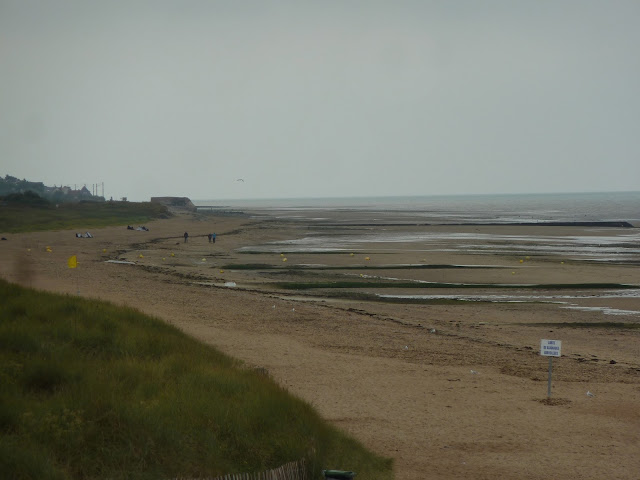 From the dunes, Juno Beach at low tide, as it was when the Canadians landed on June 6 1944. 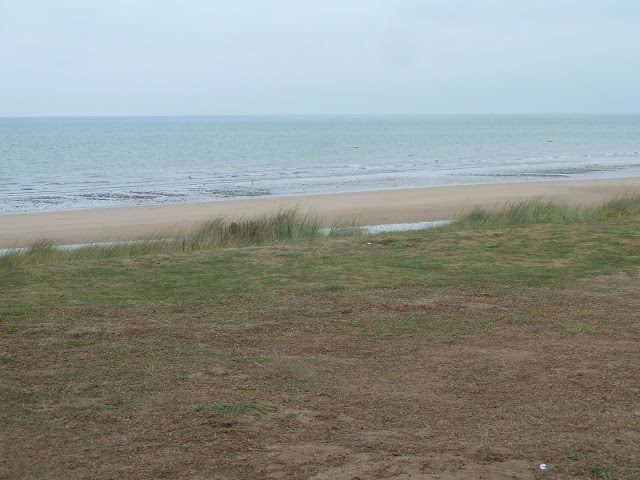 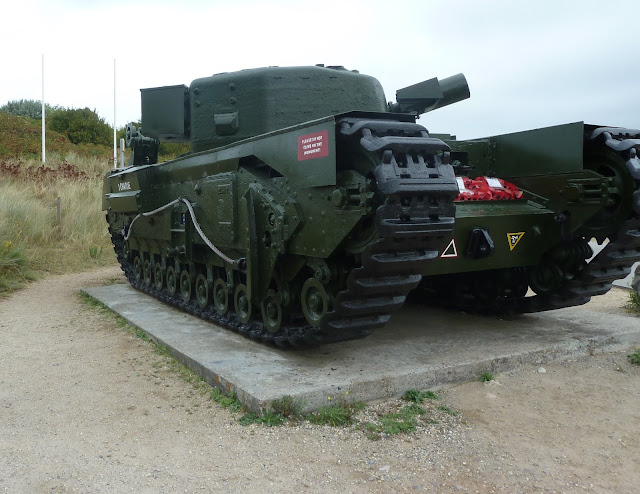 As we approached the beach, we were greeted by this Churchill AVRE, which during the invasion had become stuck in a shell or bomb crater hidden by water. Another AVRE bridged the stuck tank to maintain an exit off the beach and 1Charlie remained there until 1976 when it was excavated and put on display. 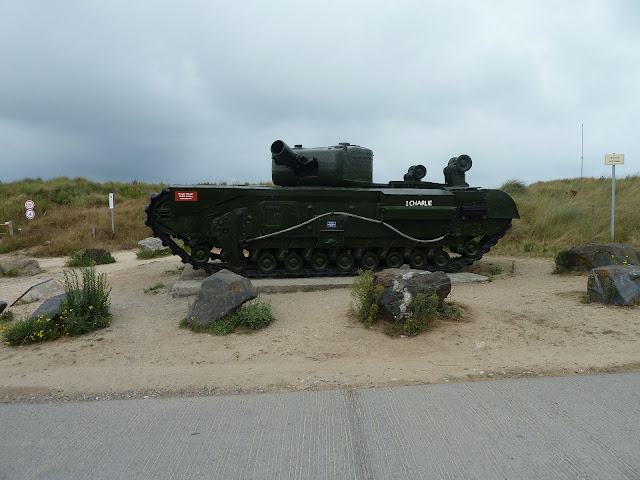 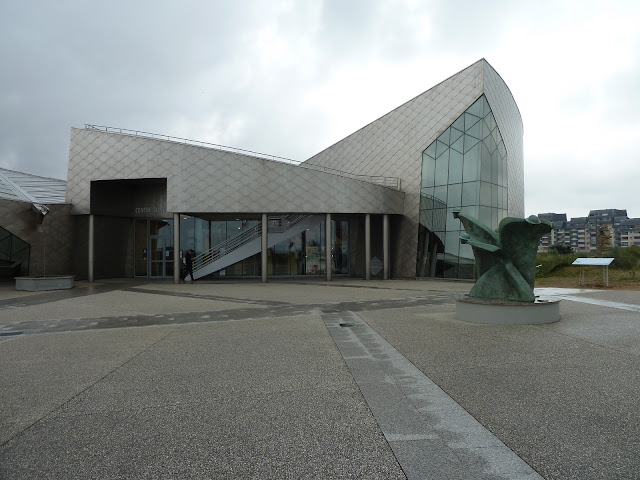