The Hollinger Ungava Transport company was formed just after WW2 to supply remote locations in Labrador where mining operations were opening up the province. Airfields were primitive (usually brand new and cut out of the woods) and the transport company used pretty much any plane they could find including this Lancaster Mk1 tanker which crashed while landing at Menihek with 3250 gallons of fuel on board. Below is the remains. The pilot escaped. 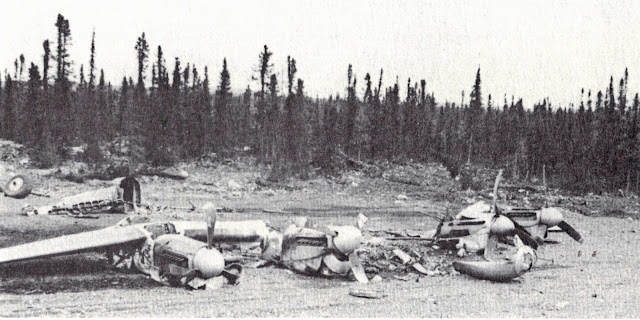