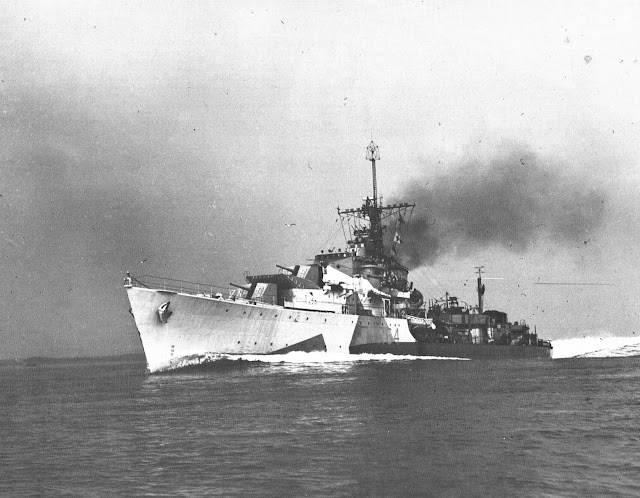 The HMCS Sioux was built in Cowes England during the years 1941-43 as the HMS Vixen. After launch it was transferred to the Royal Canadian Navy. During WW2 the ship served in convoy duty and supported the D Day landings at Juno beach.  In 1945 it was refitted for service in the Pacific but the war ended before that came to be. Another refit prepared the ship for Korean war service where it did three tours. In 1963 the ship was retired and two years later it broken up in Italy.
Posted by Mister G at 10:35 PM