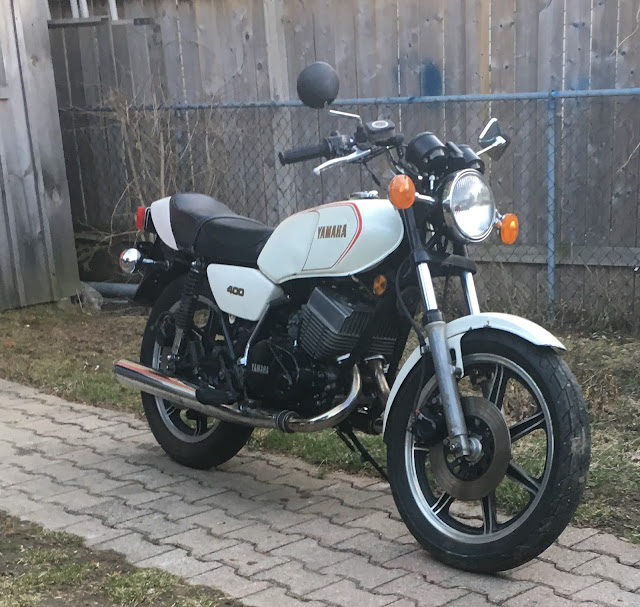 I recently pulled this bike out of storage for no reason but that it seemed to be time. After cleaning the carb and splitting the cases to replace the crankseals, I've been running around on it and just loving it. Snappy and agile, it's a great motorcycle even though it's almost 40 years old. Acceleration, braking and handling are all entirely adequate for modern traffic. Some people remember it but nearly everyone mistakes it for it's more famous predecessor, the Daytona Special.
While the 1979 RD400F Daytona Special gets lots of publicity as being the last of the aircooled Yamaha two stroke twins, especially in the American press, there was actually one more model year, the RD400G- this bike. We got them in Canada and I understand they were also sold in Europe, Australia and Japan. This bit of an orphan status makes it rather hard to find any technical info on them online as the American 1979 model had a unique EPA-beating motor, different than the rest of the world. I have to say I much prefer 1979 graphics, a distinctive wide red stripe over refrigerator white than this conservative red and gold pin stripe but it does set it apart, I guess. If anyone has a factory manual, even as a pdf... I'm interested. 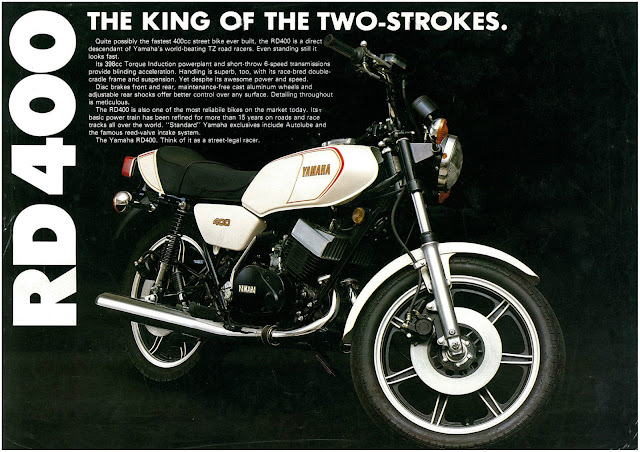 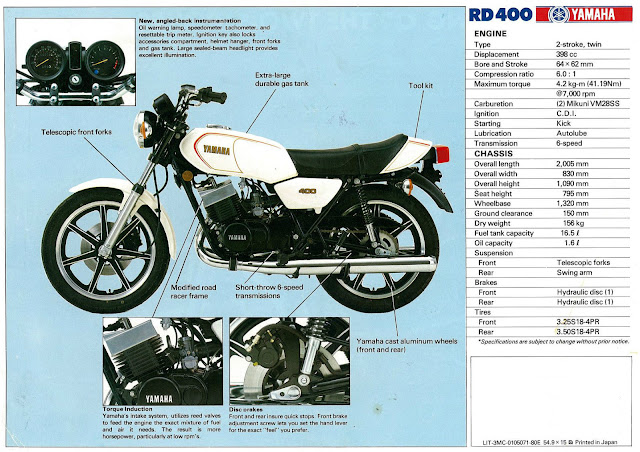