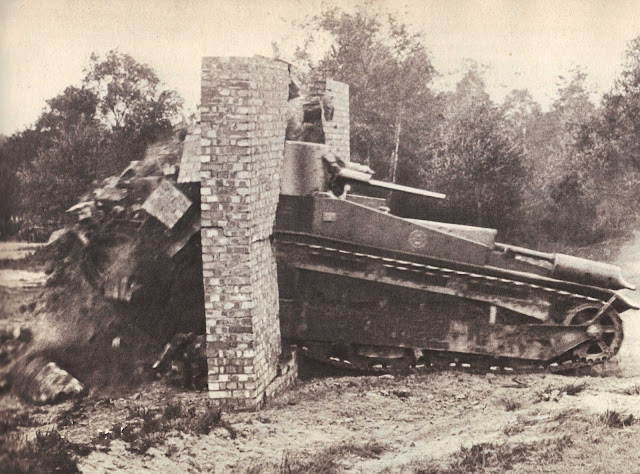 The 16 ton tank was a development of the Vickers medium tank and was first produced in 1929. Its four man crew was protected by .5" to 1" thick armour and with an 180 hp air cooled engine was capable of about 30 mph. The main gun was a 3 pounder but the tank also had machine guns in two small turrets at the front corners (here obscured by debris from the collapsing wall). The tank was expensive to build and not successful, only three were built.
Posted by Mister G at 12:34 AM