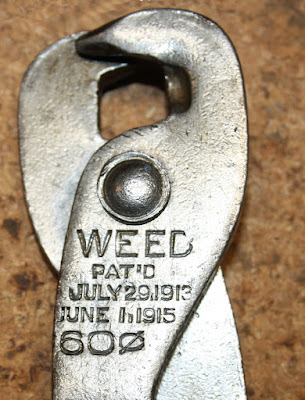 I picked these pliers up for a buck at a yardsale last weekend.  I could see that they had patent dates, so they intrigued me.  I asked the seller, a retired mechanic, what he thought they were used for.  He said, "putting on and removing old-style wheel weights."  Well, they could be used for that, but that's not what they were designed for originally.  They're tire chain repair pliers, now joining my first pair that I described in an earlier post.

Harry D. Weed lived in Canastota, New York, better know today for its onions and for the International Boxing Hall of Fame.  In the early years of the last century, he observed that motorcyclists and car owners would wrap their tires with ropes or vines to help get through the muddy mires that constituted roadways in those days.


Naturally, rope didn't last very long, so Weed experimented with using hardened steel. In 1904, he received a U.S. patent for his "Grip Tread for Pneumatic Tires:" 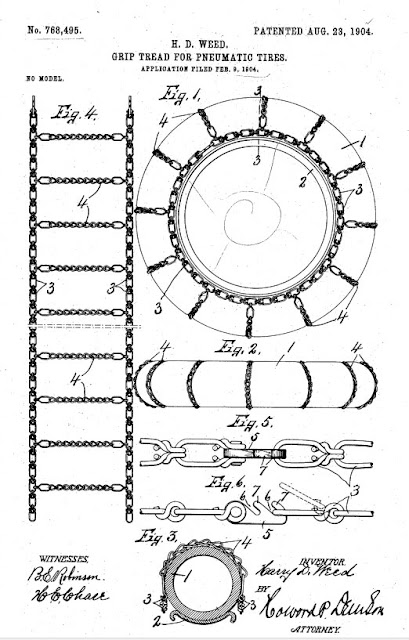 He went on to found the Weed Chain Tire Grip Corporation: 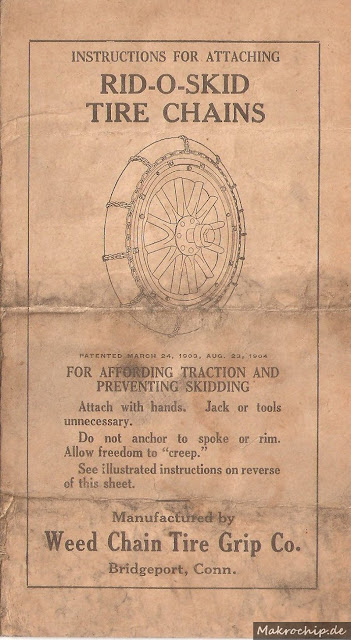 The new company advertised heavily in many popular periodicals:


In 1908, the Thomas Flyer that won the New York To Paris Race was equipped with Weed Chains. The same year, as part of the New York Automobile Carnival, Harry Houdini was challenged to free himself from Weed Chains, performing this feat in the Keith & Proctor's Theatre in New York City.  On the evening of April 10, 1908, Houdini overcame six padlocked Weed Chains in addition to two steel-rimmed car wheels and handcuffs and leg irons, over 400 pounds of weight. Houdini got out, but it took him 29 minutes and he was exhausted at the end of it.  The event was widely reported and orders poured in.  (To read a contemporary account written by the Weed company, visit Wild About Harry.) 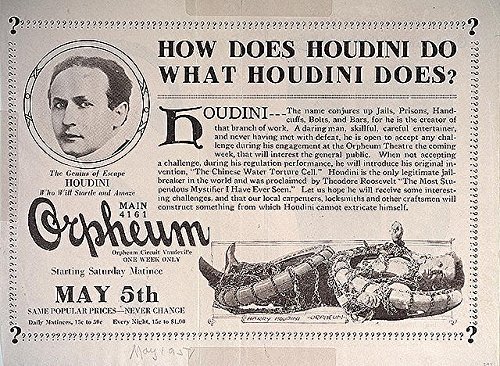 In 1911, he sold his patent to the American Chain Company, which soon moved production from New York City to Bridgeport, Connecticut.  American Chain itself lasted until 2006, when it was acquired by the Peerless Industrial Group. 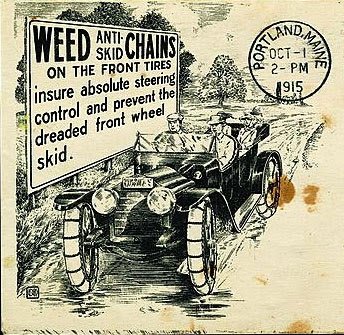 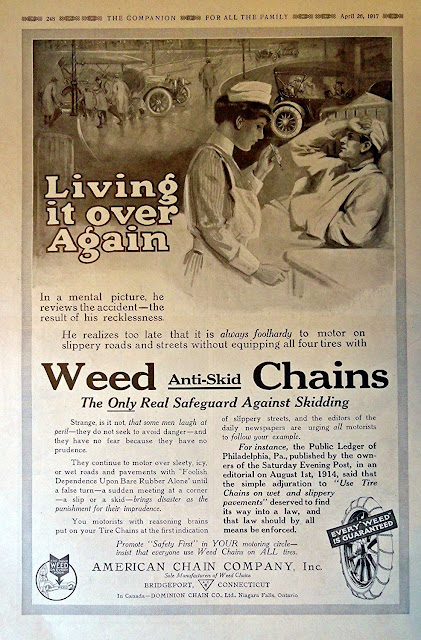