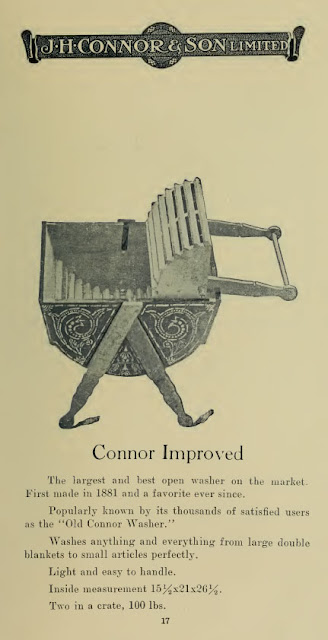 The company was founded in 1881.  As you can see from the page above, the Connor Improved was their first offering, which remained popular even up to their 1912 catalogue!  It was made of Louisiana Red Cyprus.

Over the ensuing decades, Conner became one of the big Canadian names in washing machines, alongside McClary, Easy and Beatty. 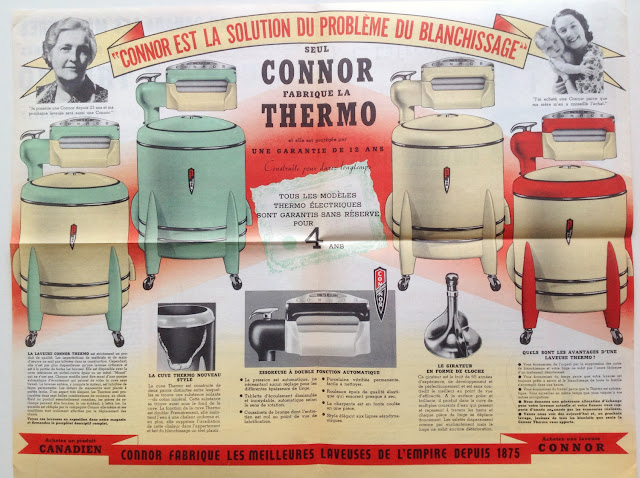 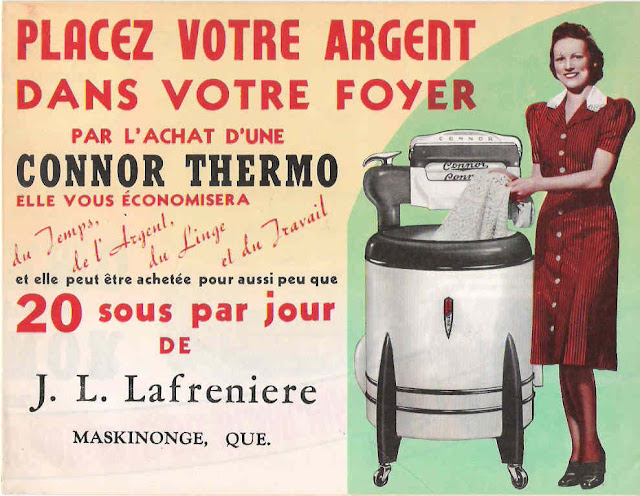 In the 1940's, the Connor firm acted as the Canadian distributor for American-made Launderall automatic washing machines.

During World War II, the family made the ultimate sacrifice.  Flying Officer Donald Daubney Connor, only son of William Connor and Effie Daubney, was killed in action over Holland on November 1, 1944 at the age of 22. He was a member of the RCAF, 431 Squadron, and had been awarded the Distinguished Flying Cross.

In 1949, Connor & Son acquired La Fonderie, the Hull Iron and Steel Foundry, where it employed aobut 800 people.  Production at that location ended in the early 1960's, and the factory was sold in 1966.

Connor disappeared sometime after that, probably killed by the cheaper and more efficient automatic washers coming from the U.S. That story is told in What Makes Washday Less Blue?  Gender, Nation and Technology Choice in Postwar Canada. 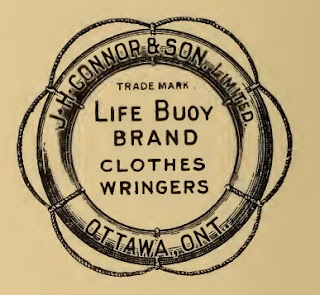