Above, a cross-pein hammer in my shop.  Originally, I thought it was made by Cornelius Whitehouse & Sons. The closest match in the company's 1952 catalogue is for the 360R, a Joiner's hammer: 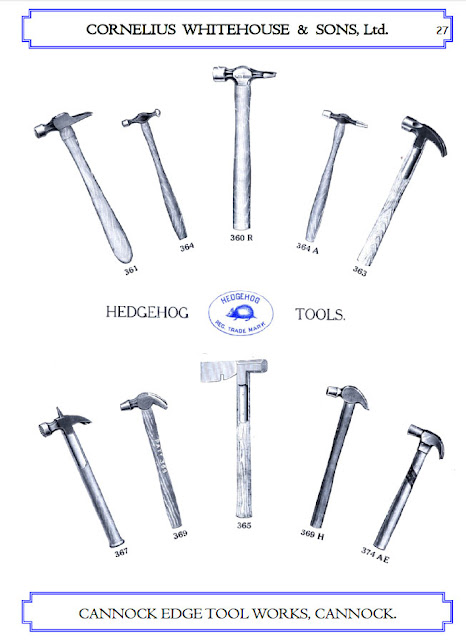 Often also referred to as a Warrington hammer, over here, we'd call it a cabinet maker's hammer. One writer suggests that the cross-pein on it was probably principally intended for straightening bent nails, something just about no one does today.

Cornelius Whitehouse & Sons was founded in 1869 and operated out of Cannock, Staffordshire, about 20 miles northwest of Birmingham.  At its height, the company employed more than 300 workers making "Hedgehog" brand tools, and making a particular name for itself with heavy edged tools.  It folded in 1964, just shy of its centenary, under pressure from cheaper foreign imports.  In 2016, the Cannock Edge Tool Works was bulldozed to make room for 40 houses.  The two photos below are from the Express and Star. 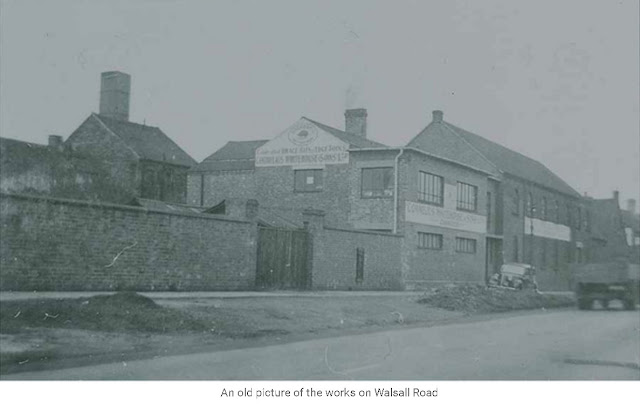 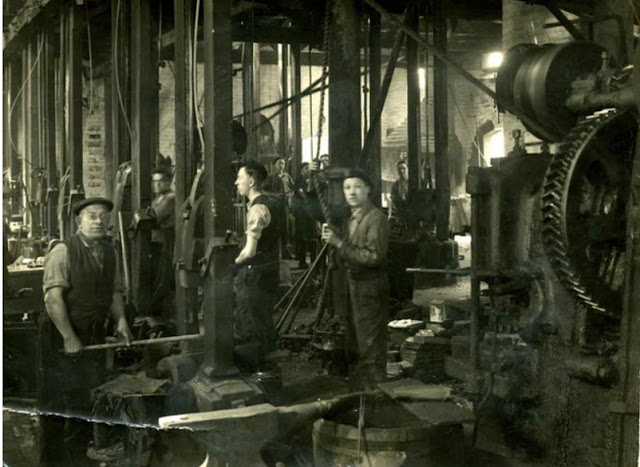 Below, from the full 1952 catalogue available in pdf on the Timeless Tools website. 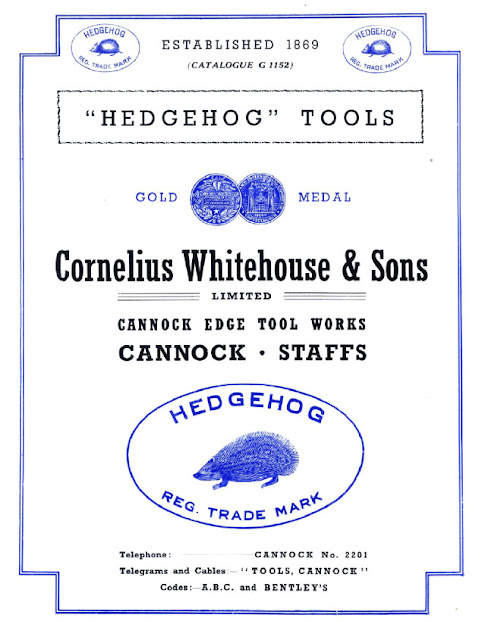 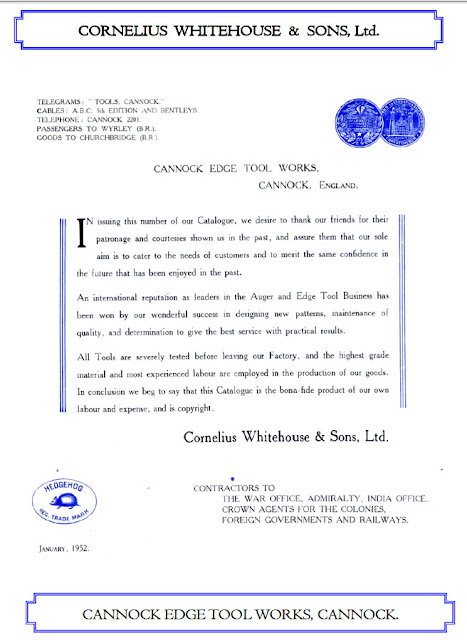 Today, the firm is remembered by a Heritage Trail Board.

A visitor pointed out that my hammer is actually a product of W. Whitehouse, a completely different British manufacturer of striking and hand tools.  Oops!  There's very little information online about this firm.  William Whitehouse & Co. (Atlas Forge) Ltd. was apparently originally out of Dudley but then moved to their Atlas Works in Old Hill, Staffordshire, just to the west of Birmingham. They made hammers of all types. The company was acquired by Footprint Tools which was in turn bought by Visa hand tools.  In 2009, G. Gibson & Company bought the hammer division of Footprint Tools.  The hammers continue to be made by Gibson at Barrowby Lane in Garforth, north of Sheffield. 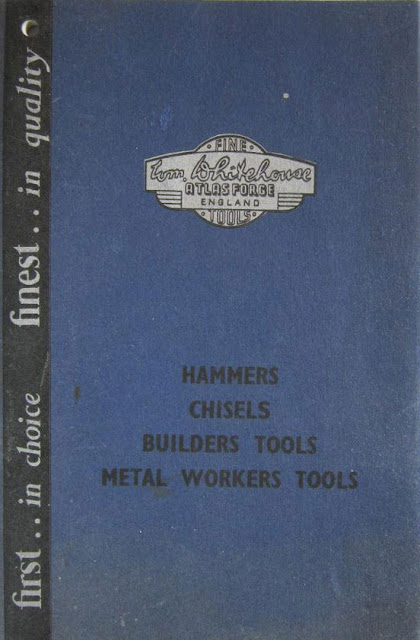 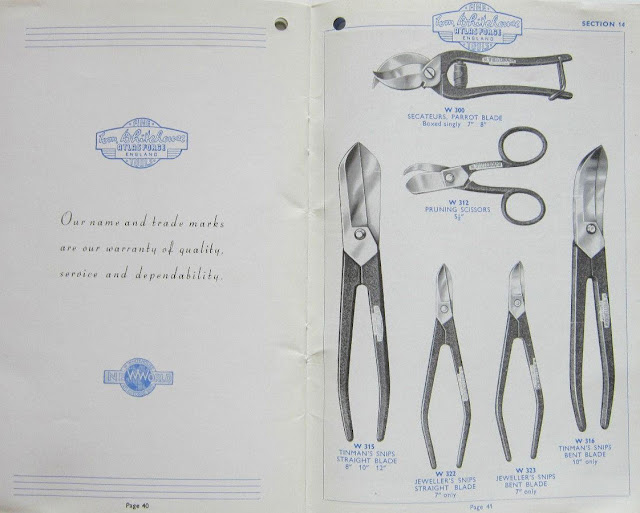 Now I know that the former were made in Cannock whereas the latter were made either in Dudley or Old Hill and that the two manufacturers were quite different.

I understand both produced hammers of the best quality using a resilient steel with a hard surface achieved by tempering the face - highly skilled work.

On Friday I saw some superb hammers at the Back Country Museum. They were made by Joe H.Smith & Sons of Oldbury. I would love to have their brick hammer !

Thank you for this useful clarification. I too have a Whitehouse hammer, a useful size ball pein. It carries the broadarrow mark and the year mark 86. I bought it 20+ years ago as part of small lot of military surplus tools, allegedly from a REME cadet division. This hammer is my favourite by far and of excellent quality, for the work it has done in my ownership alone, the face is in amazing condition.

On researching a Cornelius Whitehouse felling axe, I was struck by the similarity of the names. Good to have understood a little more of this fascinating history.