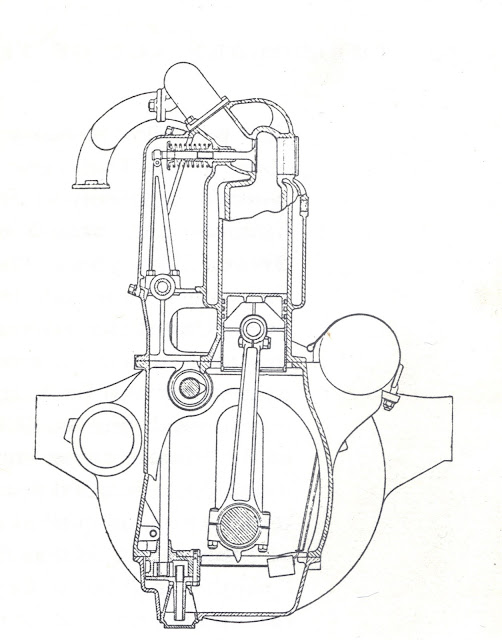 In the early development of gas engines the valve-in-block layout was a natural but the large surface area of the combustion chamber formed by sidevalve and T heads led some designers to expensive overhead valve and troublesome overhead cams.
This was Deusenburg's mid-teens solution, the cylinder layout is vertical, but the valves were lined up horizontally into in a tall narrow combustion chamber. The cam was still located in the block, and large "walking beam" rockers actuated the valves. I assume the large reciprocating mass kept engine speeds low though the engine was known to work well. More here