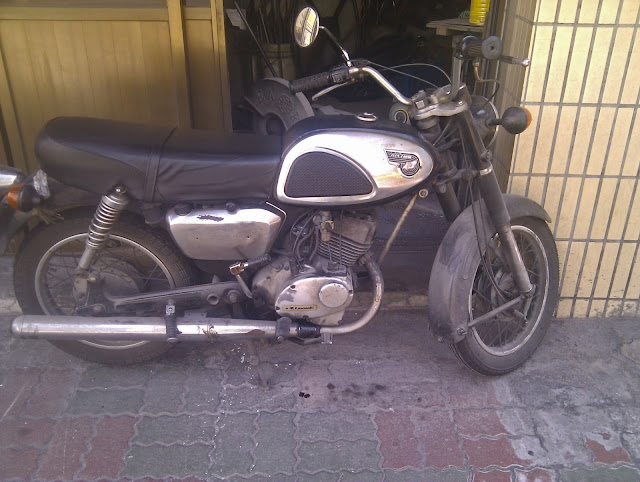 On a recent trip to Taiwan, I noted this old Kawasaki J1-T (at least I thought it was one of the rotary disc 85cc bikes that Kawasaki began its North American campaign with in the mid-sixties). 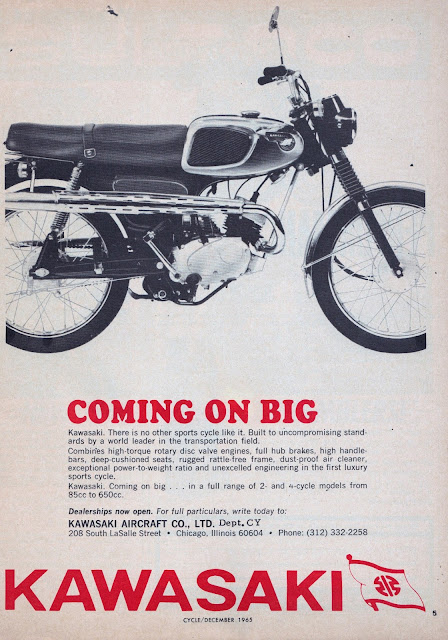 A closer look at the tank revealed it was actually a "Yuen Foong"-copied right down to the tank badge logo. Language barriers prevented any further investigation. 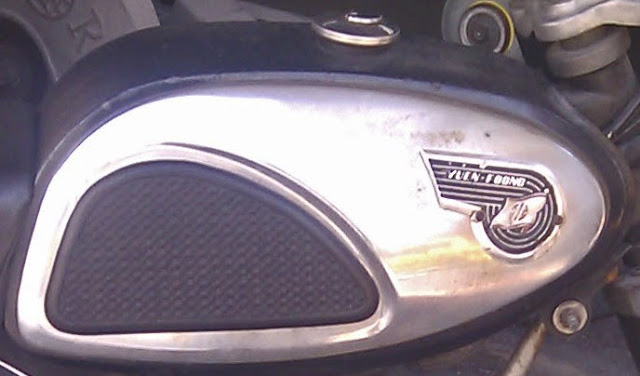