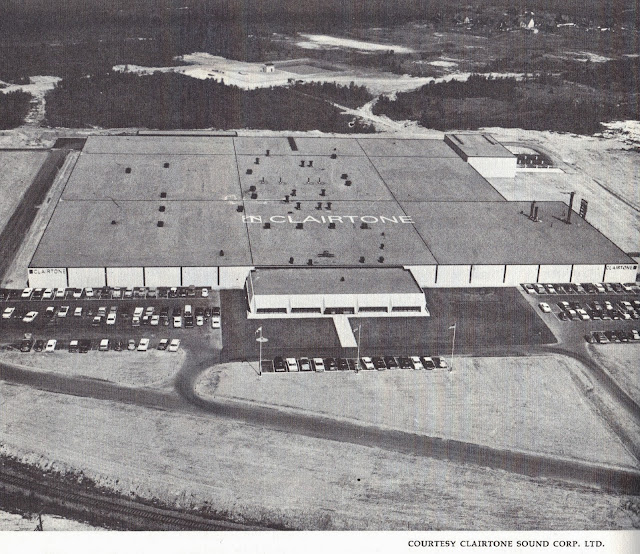 In the 1960s Clairtone was an innovative Canadian electronics company that was at the forefront of the new transistor technology. However, while it was winning awards internationally for stereo design it was in trouble financially. In 1963 it earned a profit of $300,000 on sales of $10 million, and profits decreased the following year as marketing costs rose higher than sales.
In 1966 the company had obtained financial support from the government to open an electronics manufacturing plant in Stellarton, a town near New Glasglow NS. and decided to change to colour televsion production. Unfortunately they were about 5 years too early for the colour TV market and the company was closed in 1971.