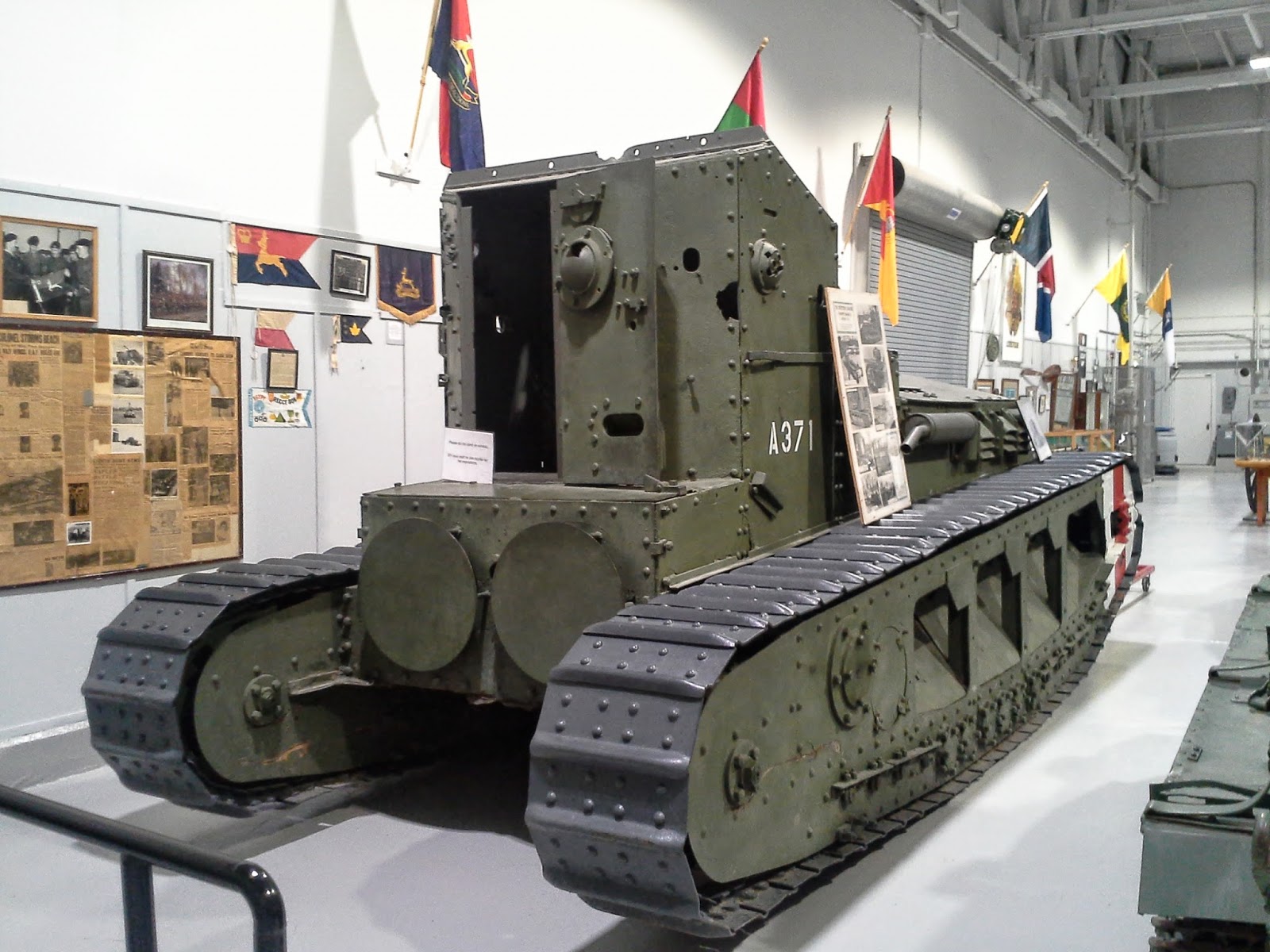 One of 5 remaining from WW1. Camp Borden Museum 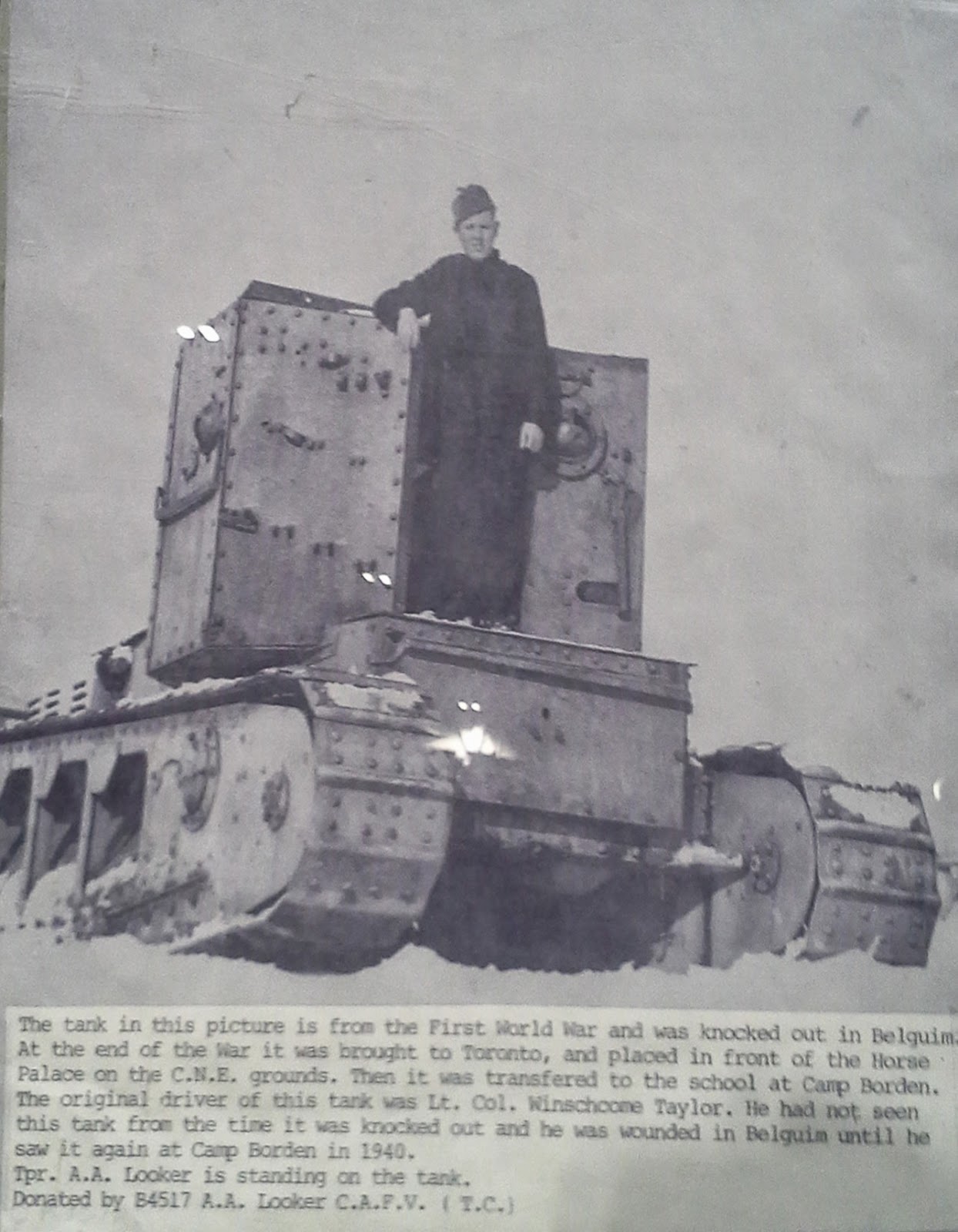 The Whippet was an attempt to make a smaller, faster vehicle to exploit any gaps made during attacks with the large ungainly heavy tanks that had just been introduced.
The 3 man crew occupied the rear portion, with engines in the center and unbelievably, the fuel tank in the front. 200 were made in total and the tank was considered a success. 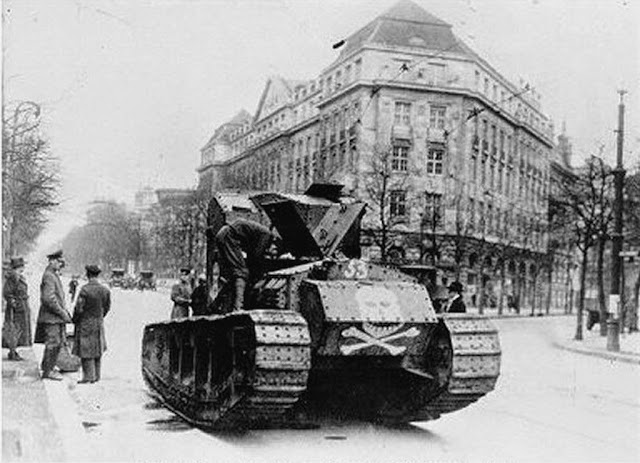 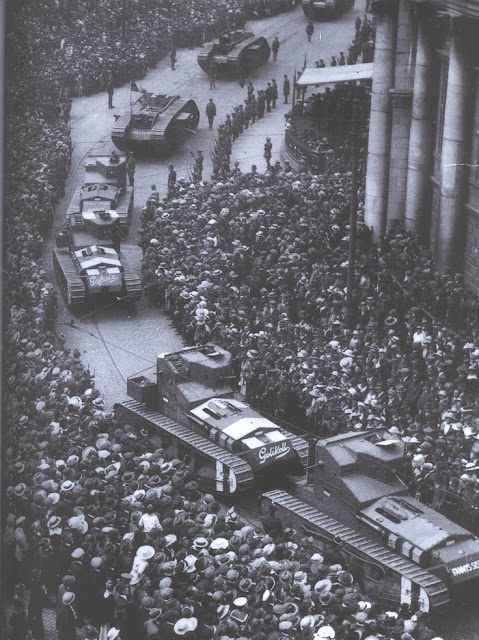