To use it, you pull the screwdriver blade carrier out of the recess in the tool:

Then, you select which of the three blades (2 flat blades, one Phillips) you want to use:

Finally, you push the telescoping section back into the recess to lock the selected blade in position, and use the lever close to the knurled handle to select forward or reverse ratcheting action.

No maker's name is on the tool, except for this decal on the end of the handle.  Apparently, among other retail venues, these tools were sold to various companies as advertising promotions.  Apparently, this particular tool was used to advertise a firm called Demaco. 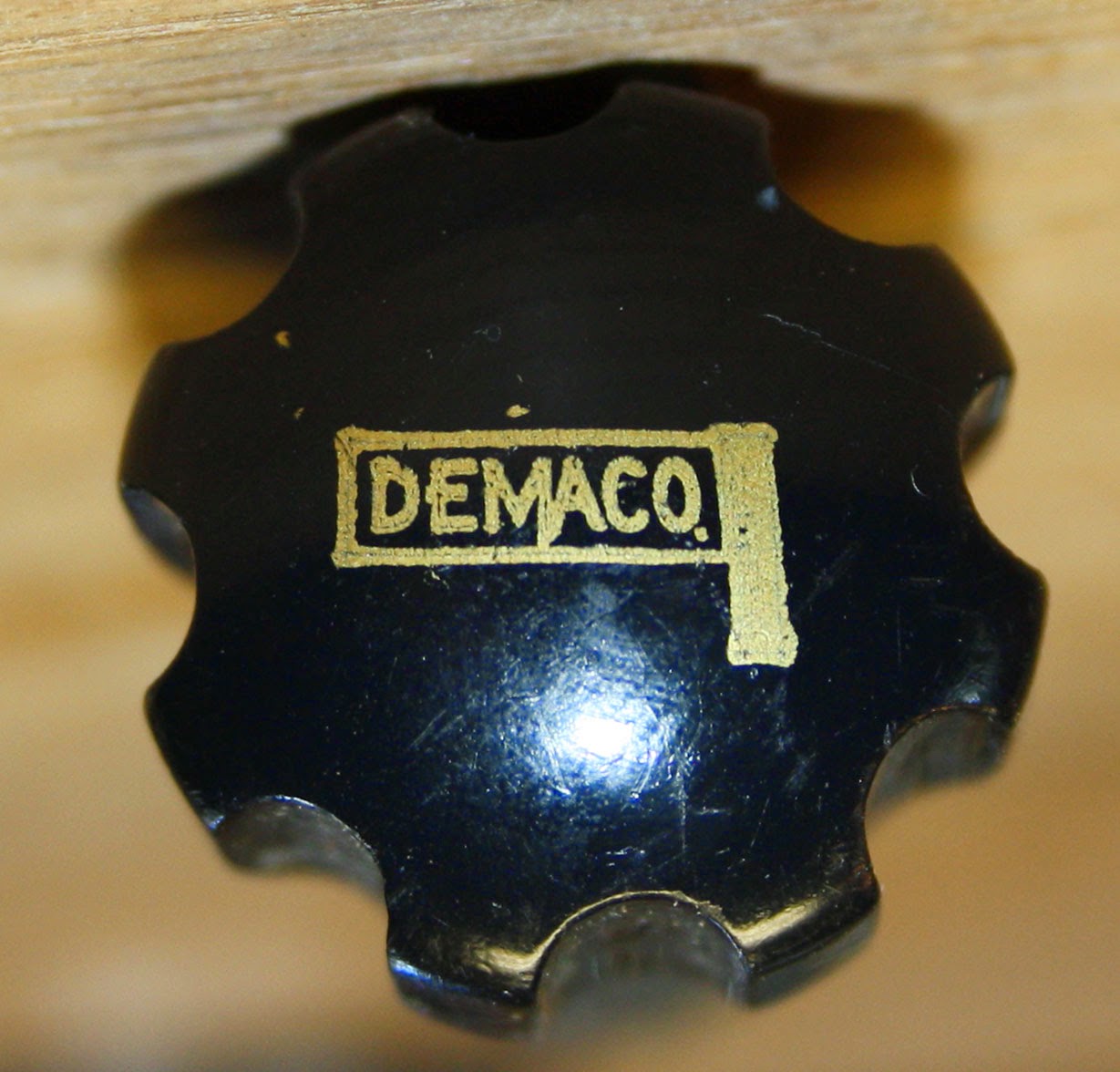 Below, another example in my possession stamped "National Chemsearch" on the barrel, clearly a promotional item for this large company. 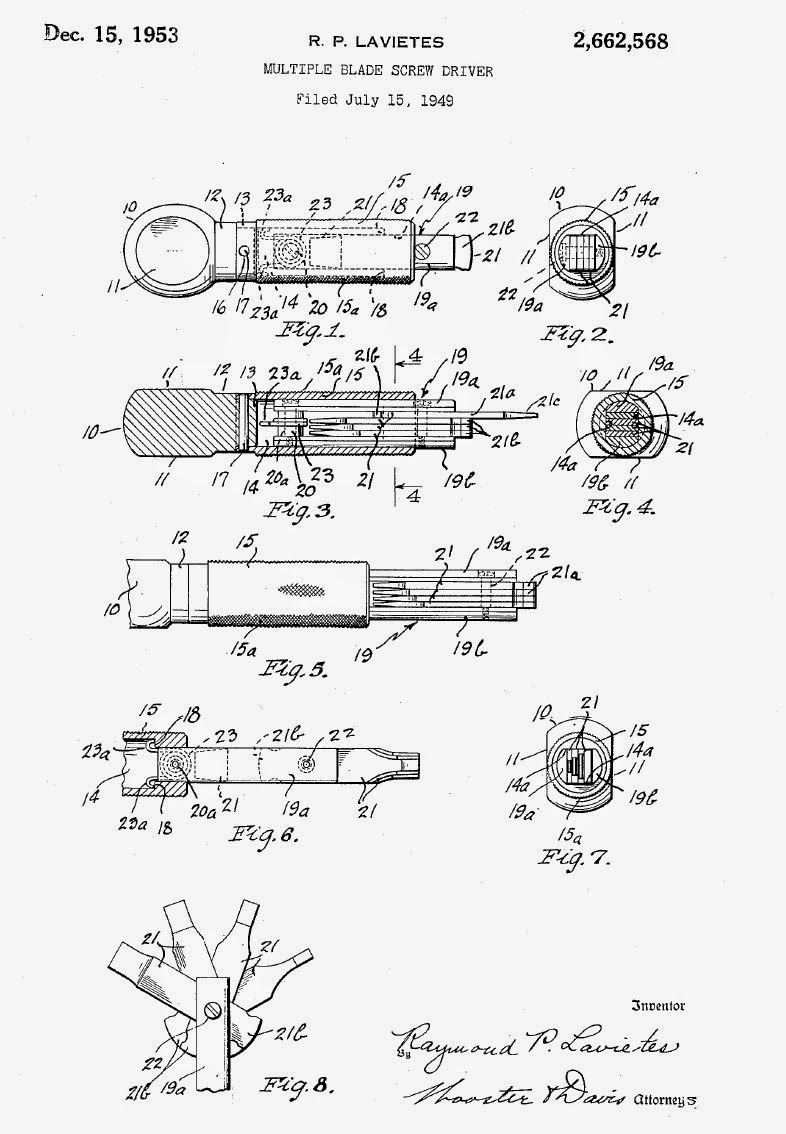 The second example carries U.S. Patent No. 3,799,226, issued in 1974 to Raymond P. Lavietes.  It would seem that, twenty years later, he was still making improvements on his invention.

Below, a third, incomplete example stamped "New Holland" on the shank and with the 1953 patent number:

Raymond P. Lavietes lived in Shelton, Connecticut, and assigned his patent to the Shelton Plane and Tool Manufacturing Company. Raymond was a Harvard graduate, and the son of Abraham Lavietes who had purchased what was to become the Shelton Basket Company, moving it from Columbia, Connecticut to Shelton in 1911.  He went on to found another company to produce tools, notably planes using an unusual blade adjustment patented in 1933. (For photos of the firm, visit WK Fine Tools.) The plane manufacturing business was sold to Stanley in 1954 after which the company obviously persisted with the manufacture of unusual tools like this multi-tool, which eventually morphed into the Shelton Socketool.

For more detailed information on this tool, visit another page on WK Fine Tools.

I have one from Apogee Enterprises, a 1970's European headlight seller of Marschall and Cibie headlights.
The ratchet stopped working although the selector for direction still moves properly.
Any ideas how to restore the ratchet operation?

Sorry, can't really help, my usual procedure is a blast or two of WD40 or similar. Then after waiting a few days, consider disassembly, though this tool looks pinned or riveted?

It has a drive pin. You can probably remove it cautiously with a pin punch. I would drive it out from the non knurled side, so the knurled side if the pin comes out first.

Have one with "National Aeronautical Corp. on it. 1950s patent number

I have one that was my son's (he died in a car accident). It wont pull out far enough to rotate the tools. Id love to fix it since it was a gift from his grandmother who has also died. I won't throw it away because it has sentimental value.

Possibly a little corroded inside?

A good soaking (meaning I sprayed very liberally) with WD40 and sitting overnight fixed mine right up. I love this tool!

I have one with the same issue! I'll try this suggestion and report back.

Well, I tried spraying it with WD40 and let it sit overnight. Didn't work. From the "feel" of it as I try to maneuver it out, it feels like a mechanical block of some sort. Oh well. I bought another one on Ebay. But I sure hate seeing such a great tool go to waste. If anyone has more suggestions, please let me know?