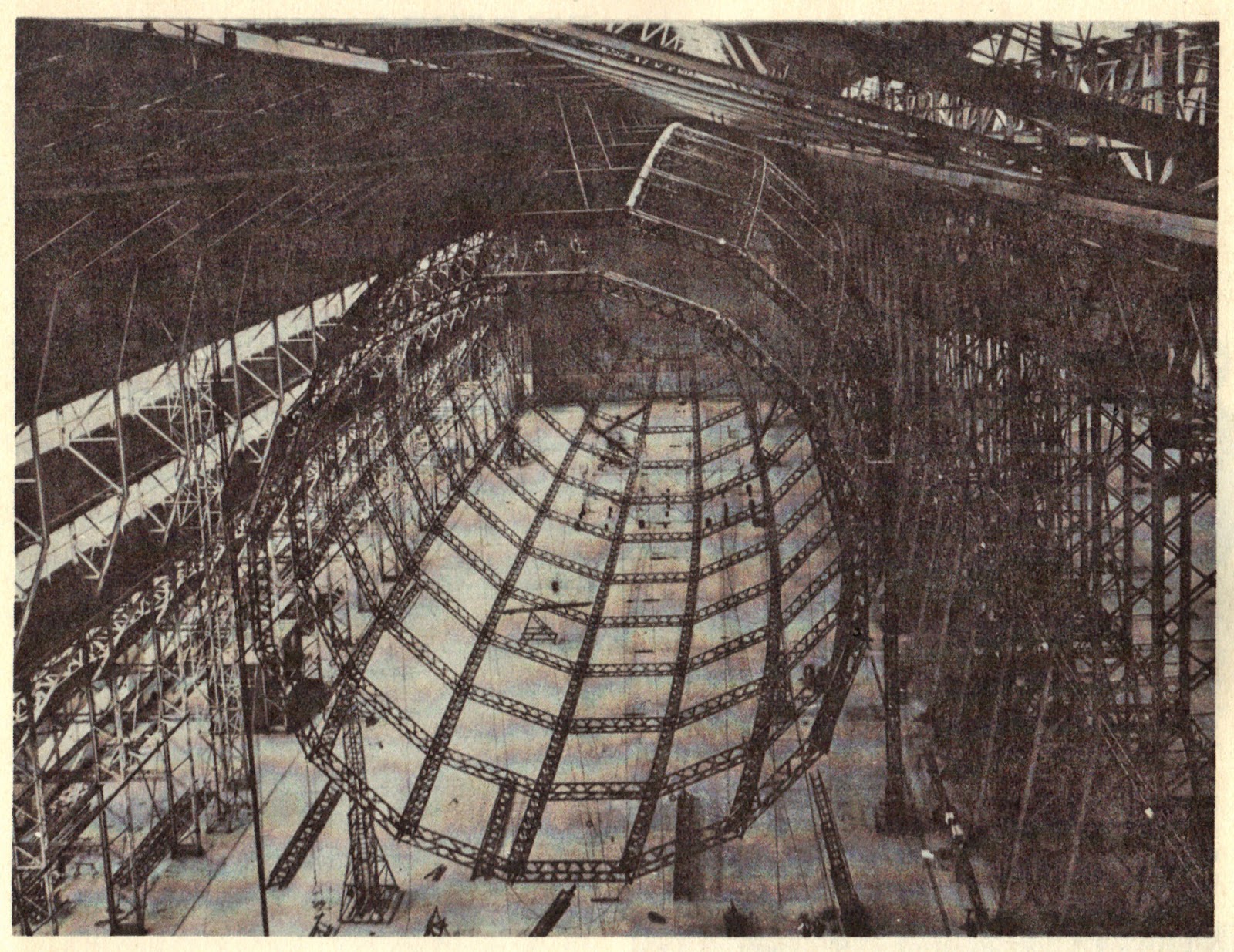 Construction of the British airship R100 at the Vickers subsidiary, Airship Guarantee Company. Design work began in 1925 and the first flight was on December 1929. A successful flight to North America took place in 1930.
Posted by Mister G at 12:07 AM

Mr.T.Hook stated in 2008,to a small group, at the Friedrichshafen Airship Conference that a R100 grandfather project was being undertaken to be completed
to be flown at the London olympics. Mentioned was the use of carbon fibre which saved 40 tonnes tare.The craft was to be constructed in 13 sections to be brought together.
Is there someone
who can say more about this? Maybe the GFC stifled the idea?