The Emigrant and Sportsman in Canada, 1876 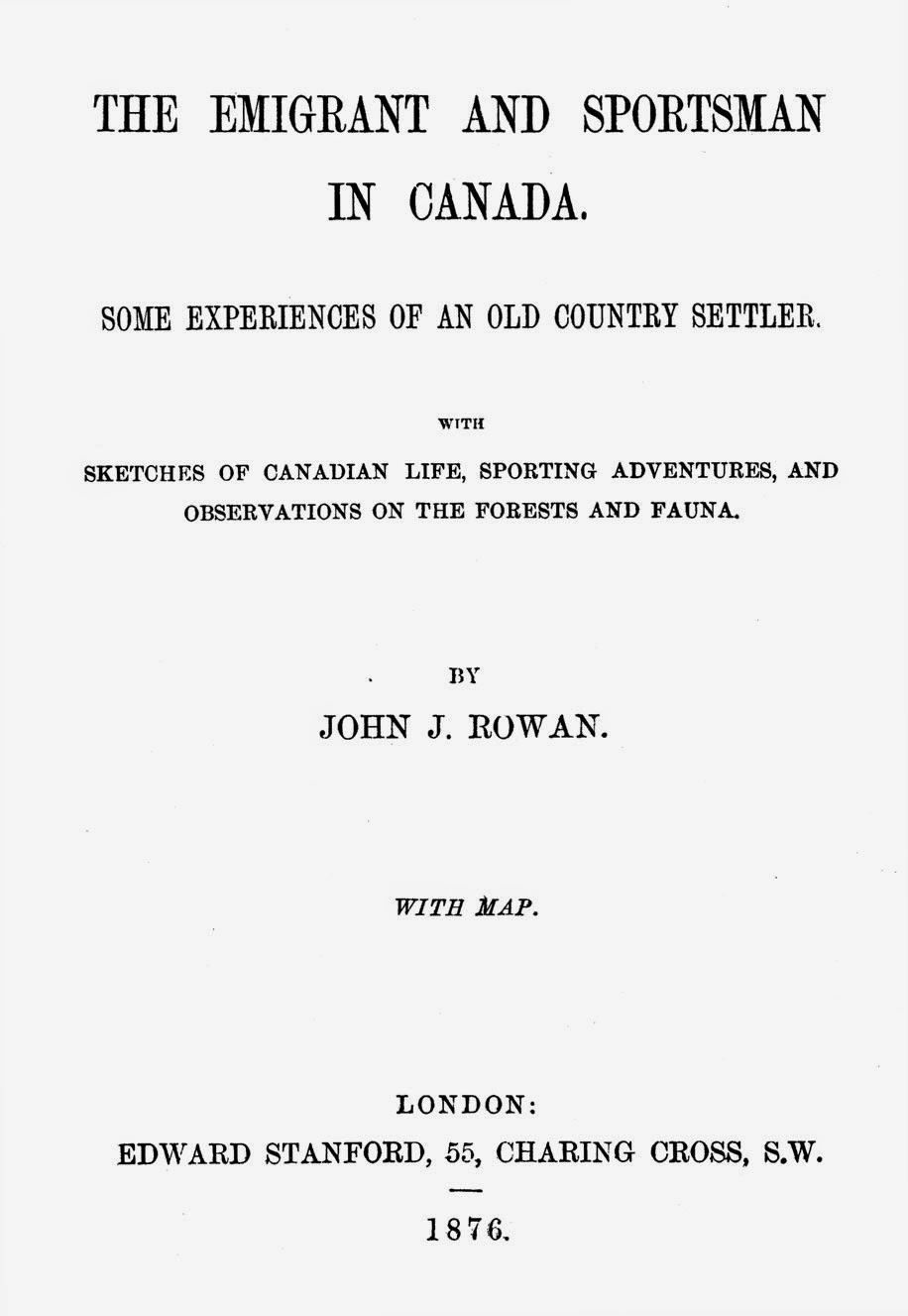 John J. Rowan was an English gentleman who traveled to Canada in the 1870's and wrote this book to provide his impressions to prospective visitors and potential immigrants. 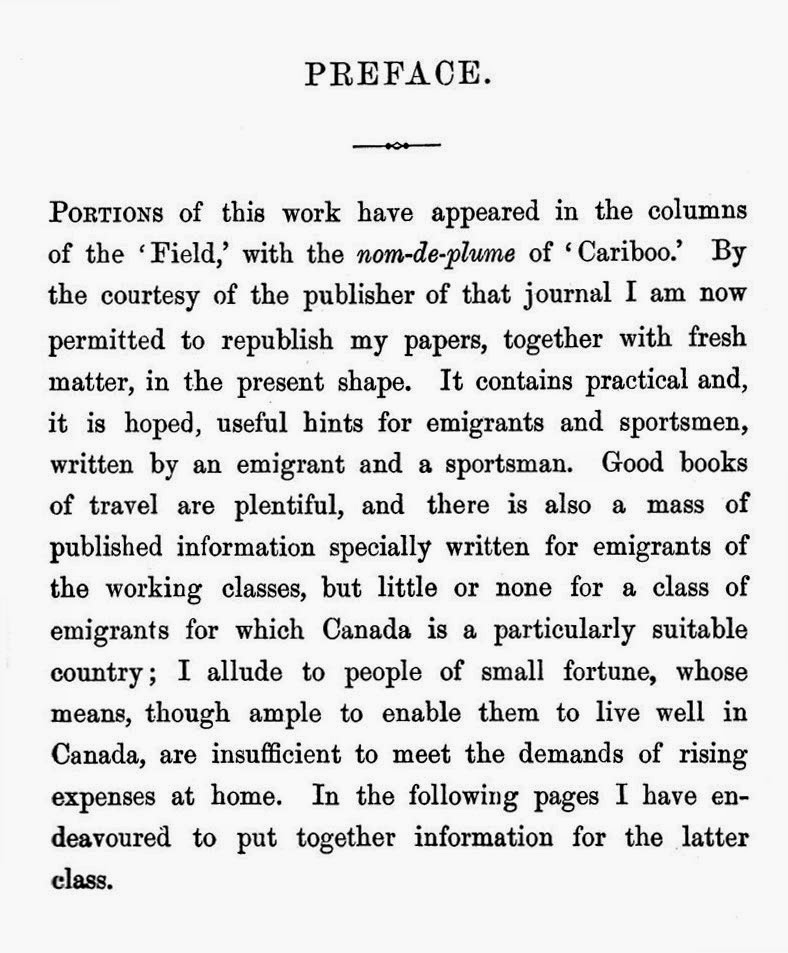 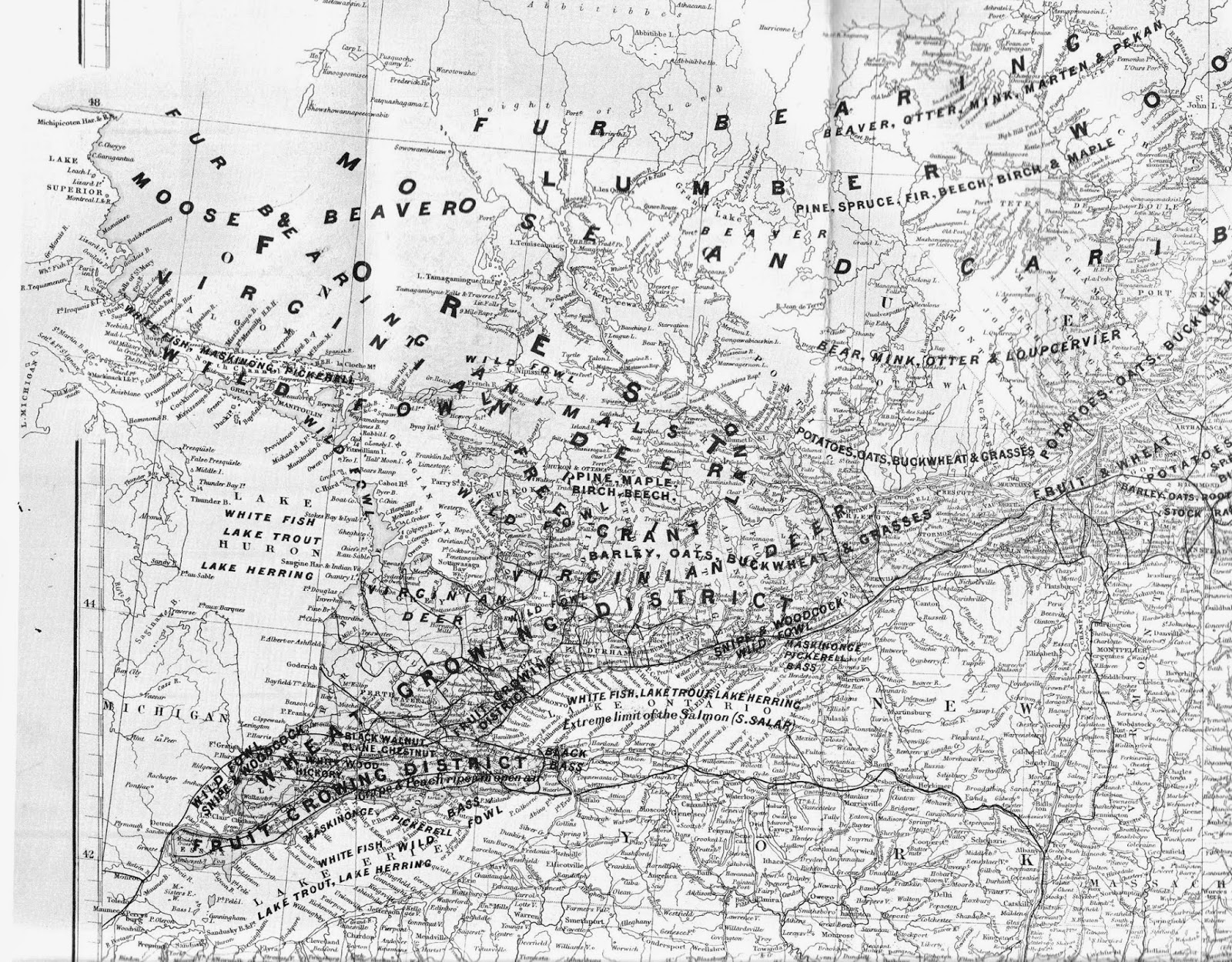 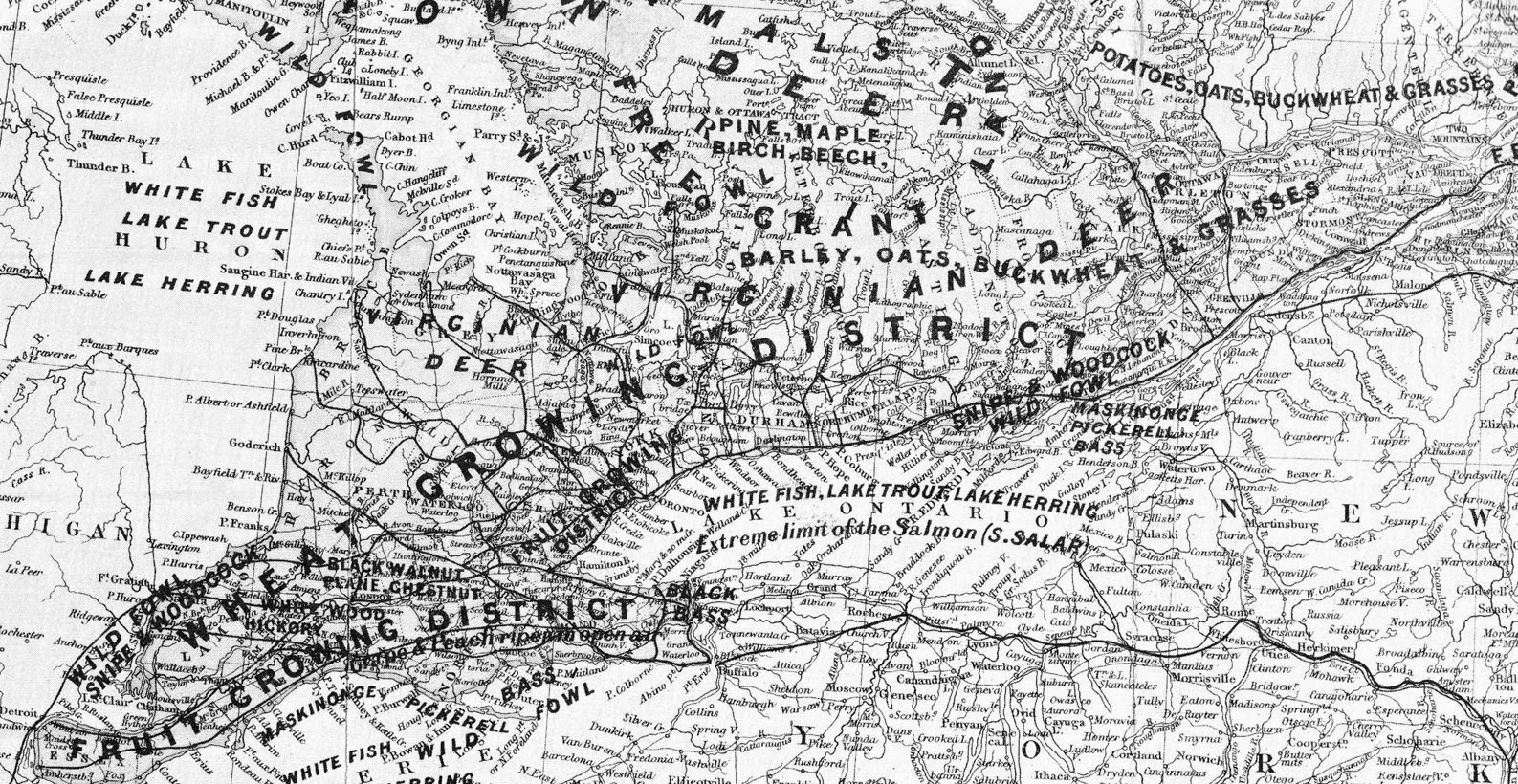 Below, observations about Ontario hotels of the era: 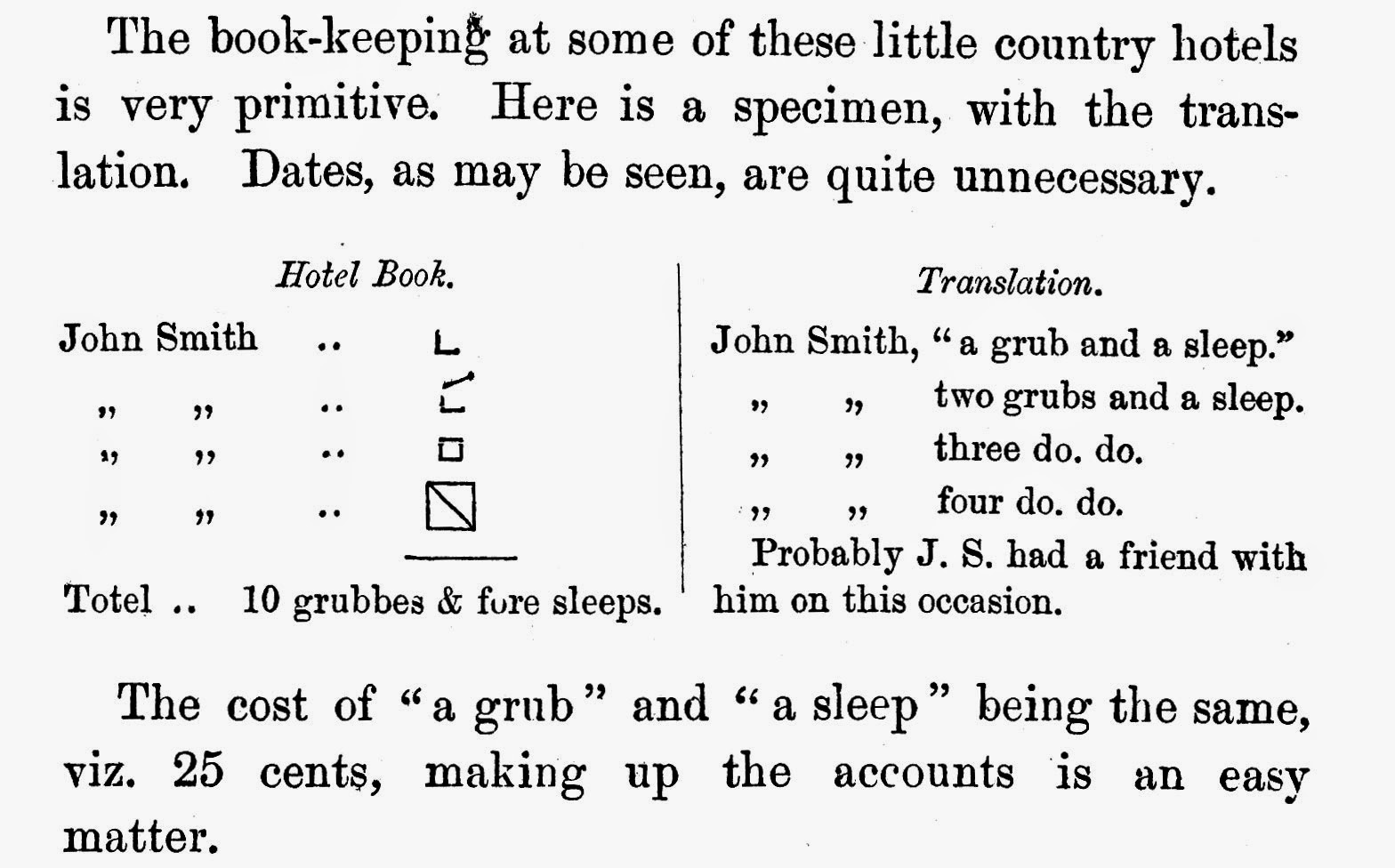 
(Stanford.)—Mr. Rowan speaks plainly to the young gentlemen who fancy that belonging to a good family, riding and shooting well, and having a taste for country pursuits, are qualifications which empire success in a colony. In a colony, he tells us, it is as necessary to work hard as it is anywhere else. A man must stick to his farming there, as he must stick to it here unless he has a fortune to fall back upon. This being understood, to begin with, he is distinctly encouraging to any young fellow who has good-sense, energy, perseverance, and a small capital to start with. Such a man may, he gives us to understand, not only make more money, but also get more sport than he earn in this overcrowded country. Here, in fact, sport is becoming more and more the privilege of the rich. In Canada there is still plenty to be found, though much of it, the salmon-fishing notably, is being spoilt by the short- sighted policy which "kills the goose that lays the golden eggs." The volume is full of copious information of the practical kind which will be most useful to any visitor to Canada (Canada, meaning here the "Dominion"), whether he means to work or to play, to sojourn for a long time or for a short. It is illustrated by a map, which does not contain, like most maps, only such common-place things, as names of countries, towns, do., but is also distinguished by the more significant words, " salmon," " deer," "moose," "beaver," and the like.

As a final excerpt, here is Mr. Rowan's opinion of beer in Prince Edward Island: “The beer is the best in America,” he wrote, but, “that is not saying very much for it.” Perhaps, he reflected, “beer drinking is a matter of education, and it is possible that if Canadians drank more beer and less tea they would be the better for it.”

I think we've made good progress on that front since then.

The images above are taken from a reproduction of the book published in 1972 by the Coles Publishing Company of Toronto as part of the Coles Canadiana Collection.  When I was a kid, Coles bookstores were part of the landscape.  Founded in 1940 by two brothers, Carl and Jack Cole, the latter brother started the Canadiana project in the late 1960's to make rare and out-of-print books on Canadian history more widely available.  (This included Sketches of Upper Canada, an account of another person's earlier visit published in 1821.)  Who would do this today?  Coles was sold to Southam Inc. in 1976, and thence through several other owners to Chapters in 1995 and finally Indigo in 2001.
Posted by The Duke at 9:35 AM