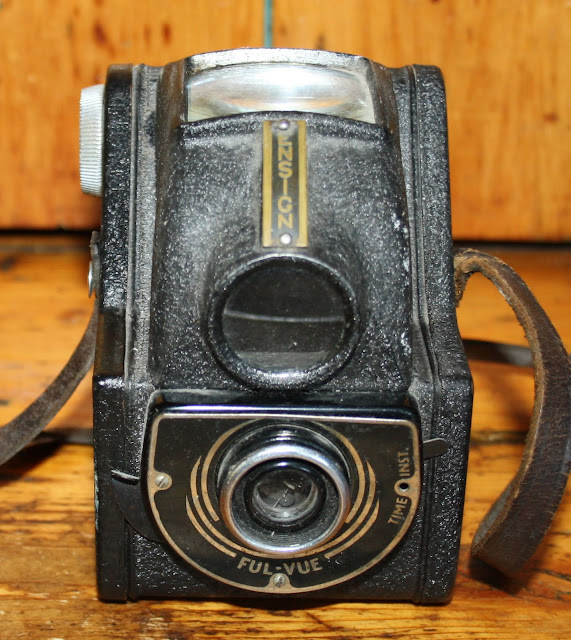 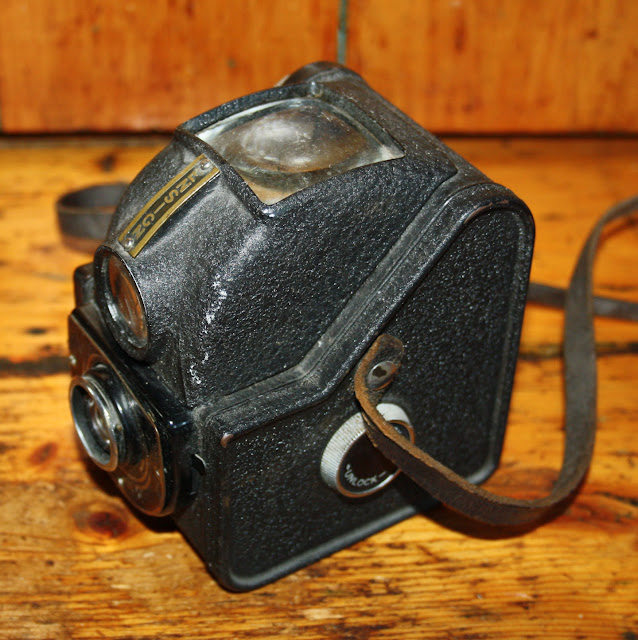 The Ensign firm goes all the way back to 1836, when George Houghton joined forces with Antoine Claudet to produce glass, including optical glass and photographic materials.  After Claudet died in 1967, the firm became George Houghton & Son.  They began using the Ensign logo in 1903 and producing cameras in 1905.  By 1908, they had become the largest producers of cameras in Great Britain.  In 1930, the company was renamed Ensign Limited.  The Ful-Vue camera above was introduced in 1939 and became one of Britain's most popular cameras.  Designed in the then popular "streamlined" style, in various iterations it remained on the market until 1959 (by which point the company had been further re-named as Ross Ensign).

Unfortunately by 1961 Ross Ensign had faded away completely.  According to the Ensign History website:

"Ensign produced some of the best examples of folding roll film cameras available in the fifties. So what had brought them to this sad state of affairs? Ensign was constantly battling against the public belief that foreign cameras particularly those made in Germany were of better quality than British made cameras. By single mindedly attempting to develop high quality folding roll film cameras which would compete with these German companies they exhausted their research and development budget. The company completely ignored the publics growing interest in 35mm cameras never producing even a prototype 35mm camera, believing so strongly that the larger format of 120 roll film was superior and would never be surpassed. In a typically British way they looked back at their fine traditional range of cameras with pride, completely ignoring the changes in the camera industry and retail trade until it was too late. Ensign cameras were expensive and beginning to look old fashioned. Sales dropped too low to fund the research needed for new designs and Ross-Ensign found it could no longer compete with the new 35mm cameras being imported from Germany and the then expanding camera manufacturers of Japan."

(I sought permission from the author of the above to include it in this blog, but unfortunately his email address was rejected by my server as undeliverable.)
Posted by The Duke at 9:17 AM