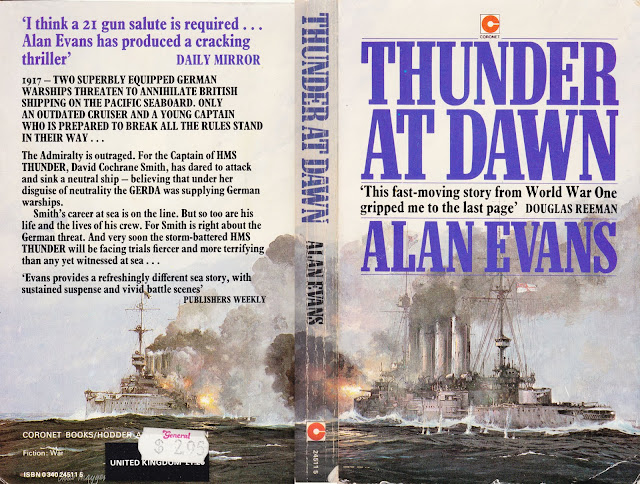 This is a ripping good yarn, a real page-turner.  First published in 1978 in Great Britain by Hodder & Stoughton, the Coronet Edition came out initially in 1980.  Born in Sunderland in 1930, Alan Evans was the nom de plume of Alan Stoker who wrote a number of books for both adults and children.  He passed away in 2006. Based on the Battle of Coronel, Thunder At Dawn is the first of his six-book series featuring Commander David Cochrane Smith.  I'll have to keep my eyes open for the others!