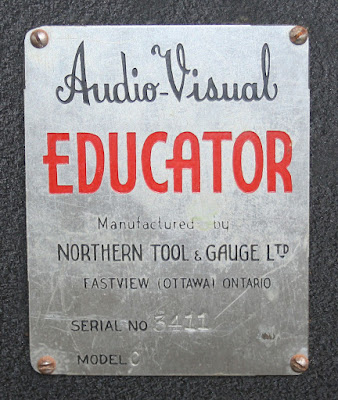 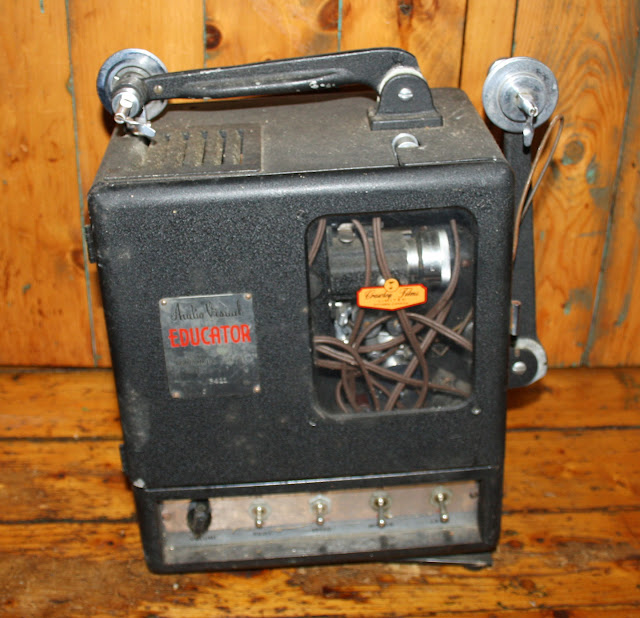 Above, a 16mm school film projector that was being thrown out some years ago.  I rescued it at the time, and recently donated it to the Frontenac County Schools Museum in Kingston.

There's very little information on the Northern Tool & Gauge Ltd., other than a remark that its lathes were dedicated to war work during World War II.  I don't know if projectors were their sole product, although you wouldn't think so from the company name. It's also interesting that the company's location is given as Eastview (Ottawa).  The Ottawa neighbourhood of Eastview was renamed Vanier in 1969.

There is a sticker on the projector that reads "Crawley Films Limited, Ottawa": 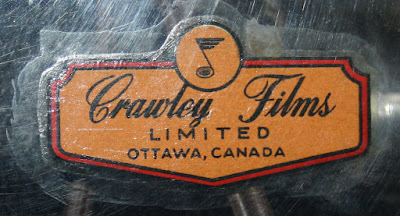 Frank Radford "Budge" Crawley has been described as "Canada's answer to Sam Goldwyn."  Who knew?  The company he founded lasted from 1939 to 1982.  In 1980, Crawley was made an Officer of the Order of Canada.