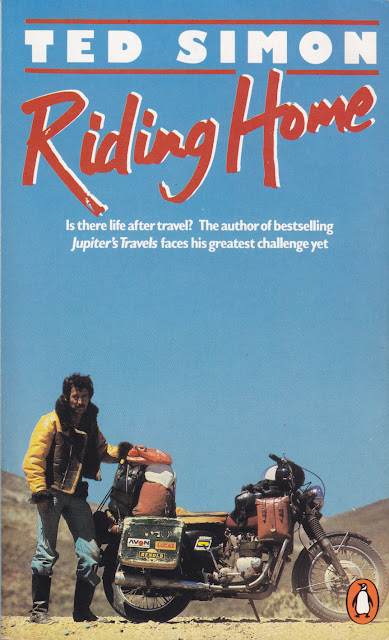 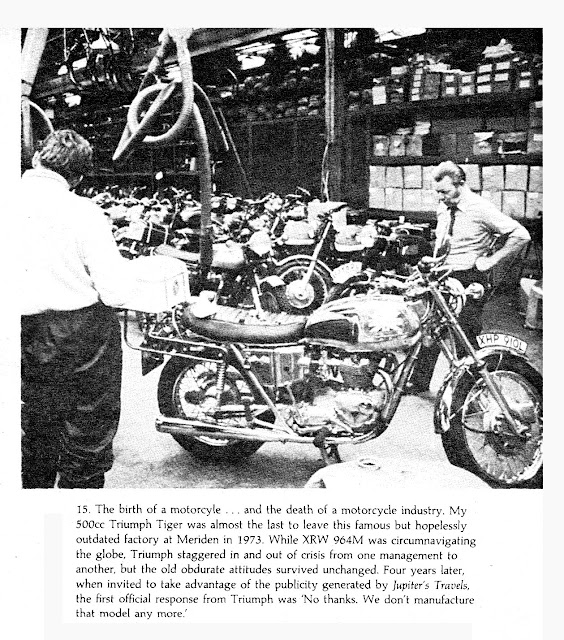 So, when Riding Home came out in 1984, I bought it, but it's sat on my shelf since.  (As Arthur Schopenhauer famously said in 1851, "“Buying books would be a good thing if one could also buy the time to read them; but as a rule the purchase of books is mistaken for the appropriation of their contents.”) The back of the book proclaimed, "Dramatic, alive, questioning, Riding Home is very bit as compelling as Jupiter's Travels." So, I expected the same from Riding Home when I recently cracked the cover.

Instead, what I got was the moanings and groanings of a man who doesn't seem to know what he's doing, what he wants, who he is, or even what the book was about (a medieval French hovel he was rebuilding, failed relationships with various women, travels in South America spliced into more relationship difficulties as he prepares, at age 48, to have his first child?)  The narrator reminded me of the depressed robot Marvin in The Hitchhiker's Guide to the Galaxy.

Still, I found a couple of passages I could wholeheartedly agree with, and these written over 30 years ago before our world seemed to be in as parlous state as it is today: 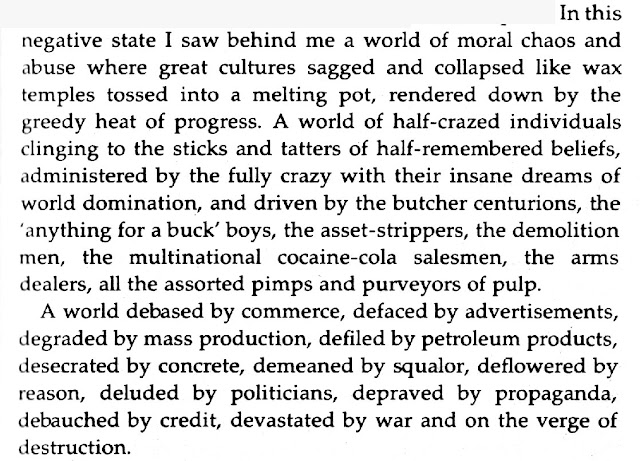 I could not read the book in its entirety.  In fact, I had to skip through whole sections of this book, something I almost never do. Simon is a terrific wordsmith, mind you, but the book seemed pointless and distressing.  I'd give the book a pass.

Mr. Simon, who will turn 89 this year, has published several books of new adventures since, including another 59,000 mile trip on a BMW GS under the title Dreaming of Jupiter (2007). There's a nice summary of Simon's accomplishments in The Telegraph. Maybe his later books are better. 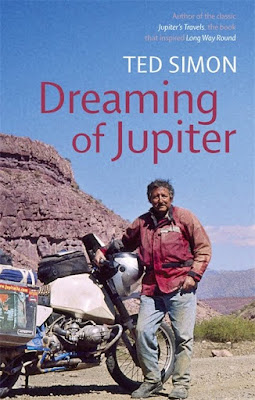