I only occasionally come across Fleet tools, which were also made in Canada at one point.  Ratchets and sockets are most common. 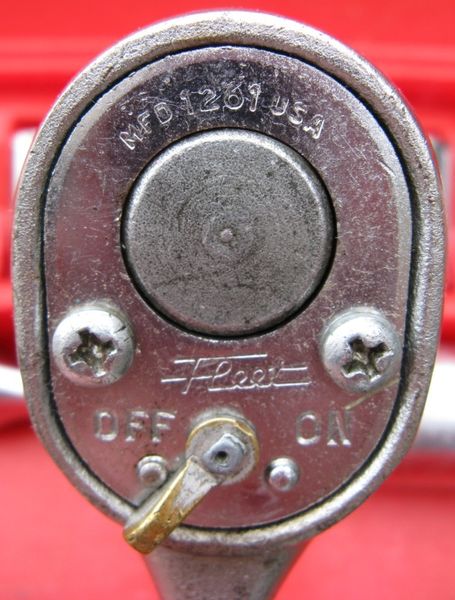 Plomb Tools of Los Angeles acquired the Penens Corporation of Chicago, Illinois in 1942.  Shortly after this acquisition, Penens produced tools under the Fleet and Challenger brands. In 1947 Penens registered a trademark for "Fleet Quality Tools" with a wing-like design and produced Fleet branded tools for a number of years. By the mid 1960s the Penens Corporation had changed its name to the Fleet Tool Company. The parent company began manufacturing its tools with the Proto name. In 1957, the company began operating as Pendleton Tool Industries. In 1964, Proto was acquired by Ingersoll Rand, and in 1984, it was acquired by Stanley and became Stanley Proto Industrial Tools, now Stanley Black & Decker. 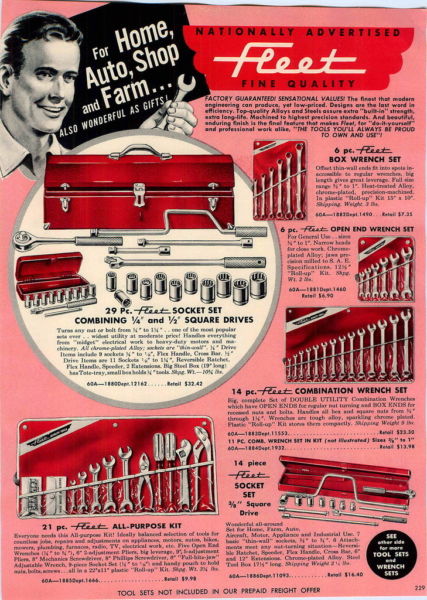 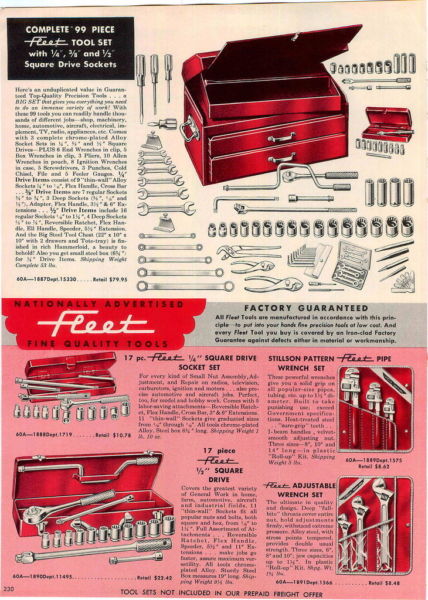 I inherited a Fleetset that has a 1967 guide on the inside of the top in perfect condition. My father-in-law has a mercedes and never really got into working on it, dream as he might. However I am not surprised that he bought the best that was made to use. He loved his tools.

I found this little pice you did very elevating.

Thank you for putting it up.