We used to make things in this country. #285: Jones Shovel Company, Ganonoque 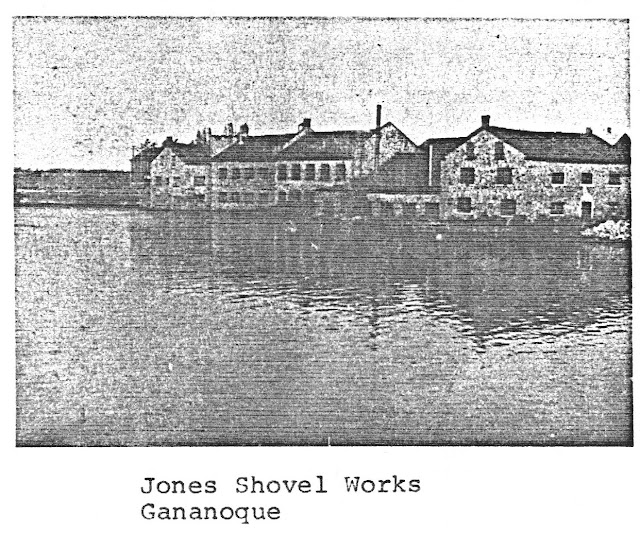 I found the above picture in an old publication from the Tool Group of Canada.  I didn't know that the town had once housed a shovel factory.  A google search led to the following. Below, from Gananoque: 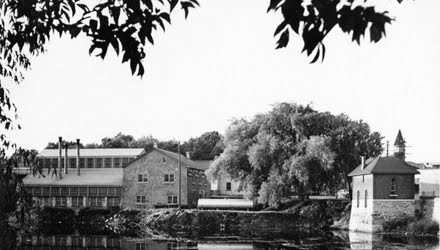 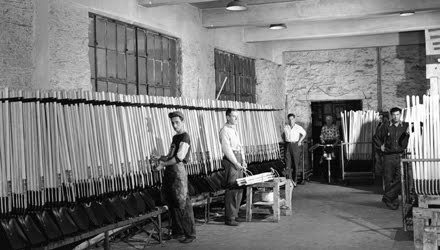 The  D.F. Jones Manufacturing Company first began operations in 1852. Originally under private ownership, the company was incorporated in 1884. By 1897, the Jones and other Canadian shovel-making firms were losing ground against American manufacturers, which among other things were dumping (in the terms of the earlier age, "slaughtering") their products onto the Canadian market.

In 1913, the Ontario Steel Products Company was incorporated for the sole purpose of acquiring the assets of the D.F. Jones Manufacturing Company Ltd and the Ganonoque Spring & Axle Company.  The parent company went on to specialize in automotive and railroad springs and so, in 1931, sold its shovel division to the Jones Shovel Company.

Over the following decades, various buildings were acquired or built to house the factory.  The company's slogan was "A shovel for every need."  One of their shovels was used to break ground for the building of Queen's University.  The firm shut down in 1965, and Confederation Park in Ganonoque is on the site of the former factory.  A plaque installed there commemorates the company.

Below, a sample from a Vancouver competitor's catalogue.  I expect that the Jones offerings must have been similar.