Motorcycle Books for Kids: The Mouse and the Motorcycle


I'm a sucker for anything motorcycle-related, so these three books ended up in my library (and being read to my kids when they were young).


Beverly Cleary originally published The Mouse and The Motorcycle in 1967, followed by Runaway Ralph in 1970 and Ralph S. Mouse in 1982.  The original book was made into a stop-action animation, directed by Ron Underwood in 1986 and featuring Mimi Kennedy and Ray Walston (of "My Favourite Martian" fame).  John Clark Matthews, the producer, animation director and voice of Ralph, has the full film available on his website, along with some fascinating behind-the-scenes films of how the special effects were accomplished back in that pre-CGI era.

Louis Darling, who did the illustrations for Cleary's first two books, was friends with Roger Tory Peterson, the famous American naturalist.  Peterson suggested to Rachel Carson that the Darlings illustrate her forthcoming book, Silent Spring.  They did, and their illustrations appeared on the title page of the first edition and on chapter headings of all subsequent editions. Darling died of cancer in 1970 and Cleary dedicated Runaway Ralph to him. 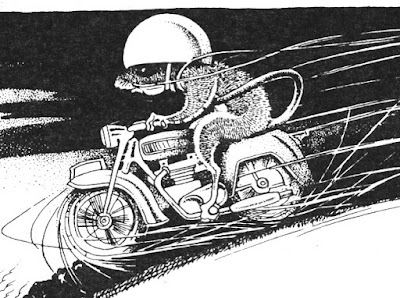 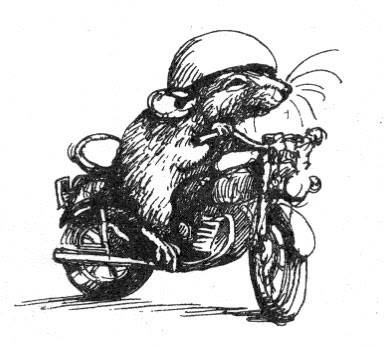 Above, Darling's interpretation.  Below, Zelinsky's. 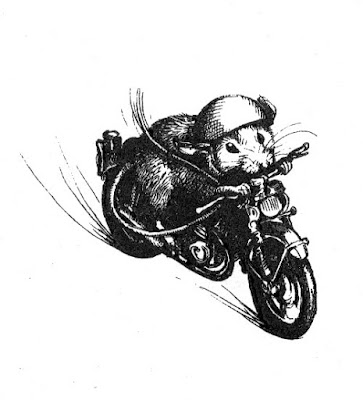