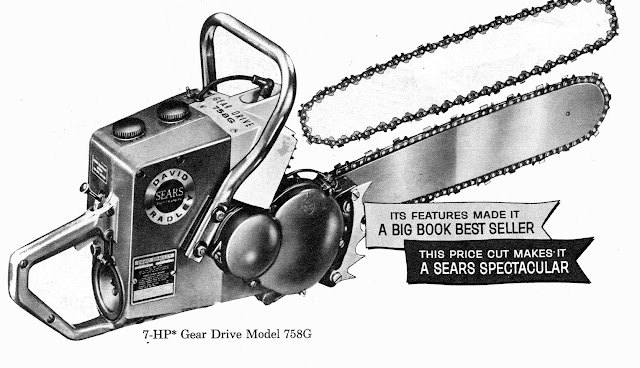 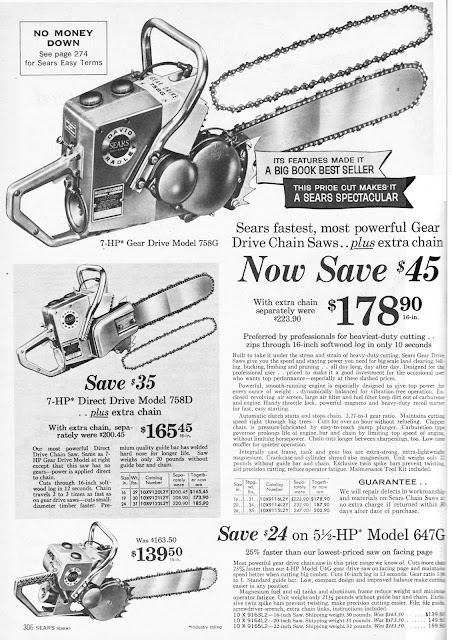 In 1832, David Bradley, a young pioneer mechanic and foundryman in Chicago, designed and built a plow that turned its own furrow. Bradley designed this plow specifically with the boggy, heavy, virgin prairie of the Midwest in mind. The success of this plow made David Bradley an important manufacturer of farm equipment.
At first, David Bradley manufactured a wide range of agricultural items, including wagons, rakes, binders, planters and more. As Sears did with many of its popular brands, the company added many other products under the name of David Bradley. By the mid-20th century, the Bradley line swelled to include lawn and garden equipment, chain saws, furniture, barbecue grills and other items.

David Bradley started to design and produce chainsaws during the 1950’s. Various models of these portable power tools were produced but the most popular was the chainsaw model 360. The chainsaws produced by Bradley had many other function other than just cutting through woods and these were: post hole digger and snow thrower. With this, Bradley became one of the leading producers of chainsaws in his time. However, in 1962, David Bradley merged with a company owned by Sears, The Newark Ohio Company. Four years after the joining of these two companies, Sears lost its hold on Bradley when another company, The George D. Roper Corp., bought Newark. In 1983, the ownership over Bradley ended due to problems in labor. There was a fire in 1986, which destroyed most part of the Bradley-Roper plant.