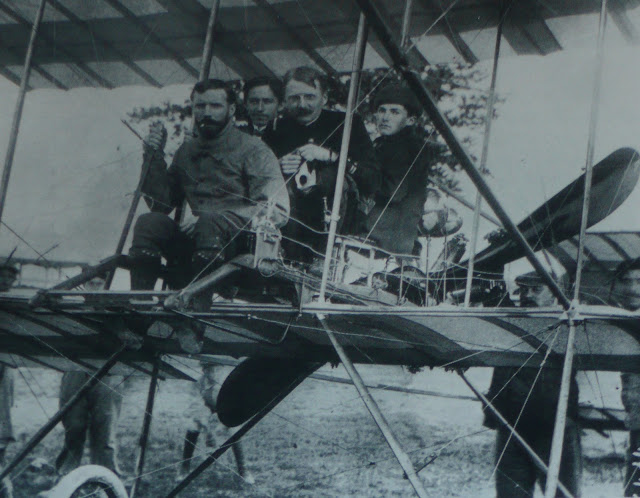 The Wright brothers made their first flight in December 1903, by 1905 their planes had a passenger seat. But the French took to the idea of carrying passengers with a vengeance. Henri Farman, who had made the first solo circular flight in Europe, flew his first passenger in 1908 and in March 5 1910 carried 3 passengers in a flight
lasting a bit more than an hour. The picture above shows the participants at the end of the flight.
Later that year Louis Breuguet beat that record by carrying 5 passengers.(below) 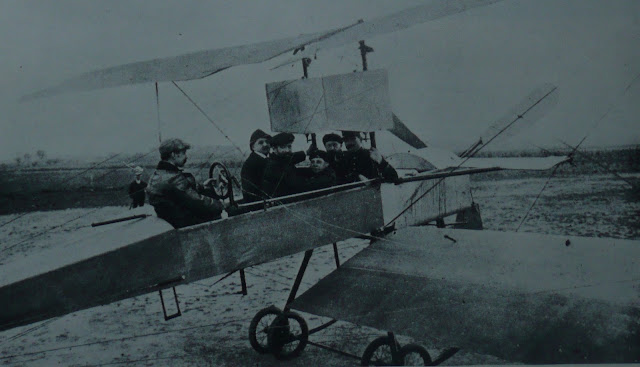 And in 1911 noted French pilot and airplane builder Roger Sommer took 5 passengers for a flight in a Sommer biplane that lasted over an hour to set a new record. In all cases, no aisle seat, no window seat, no seatbelts, just barely a seat! but the most amazing view for all. 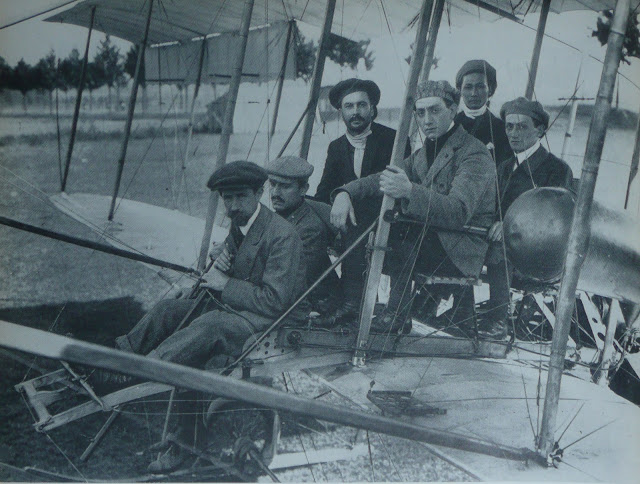