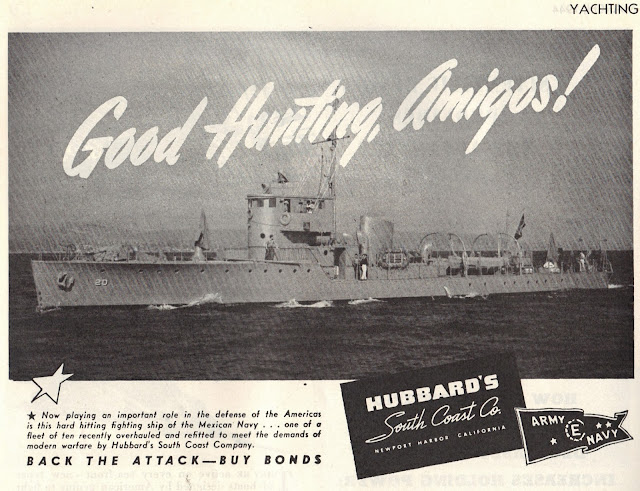 Mexico declared war on the Axis in mid-1942,but its existing Navy, made up of ships from Spain, were not suited for convoy protection or U-boat hunting. They were fitted with US anti-submarine detection gear and depthcharges in US ports and conducted some coastal convoying of tankers in the Gulf of Mexico to the US.
Later in the war the United States Navy sent 6 ships to Mexico, with the ship in the picture probably being one of these six.