As the Cold War escalated, and the DEW line was set up it fell upon Canada to supply these remote outposts. Surplus WW2 Landing Craft were well suited to the task, they could come ashore at high tide, unloaded as the tide receeded and then floated off  as the tide rose. 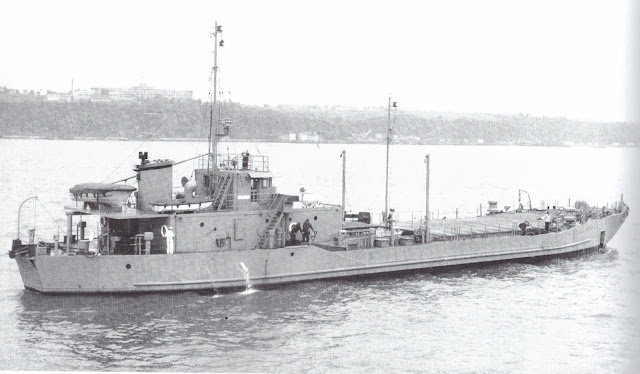 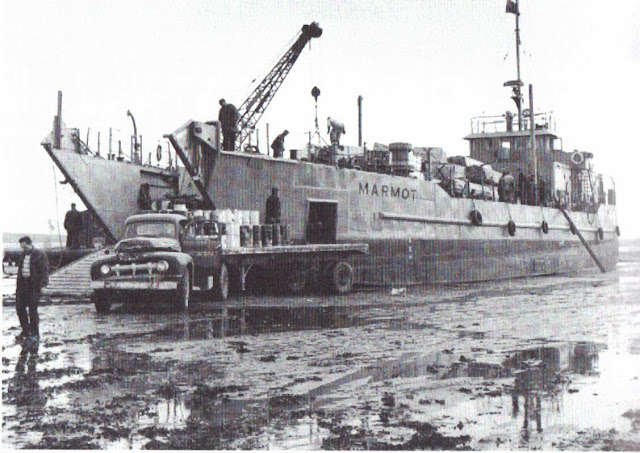 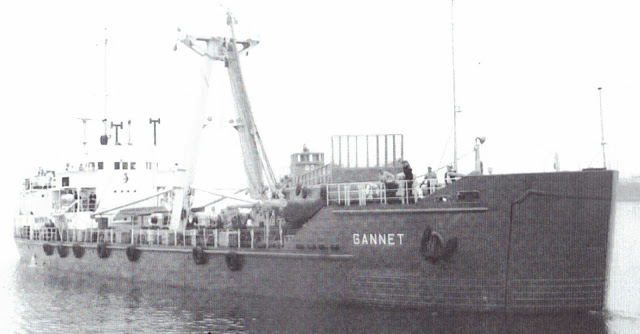 The Gannet of the larger LCT 8 type. There were six of these used and were more heavily modified, with a variety of mast configurations, booms and derricks and the opening-door bows replaced. In this photo the doors are still in place and probably welded shut. These were used from 1958 till the early eighties.
These photos from the 2003 book The Ships of Canada's Marine services by Charles Maginley and Bernard Collin.
Posted by Mister G at 8:10 PM

Ex British built LSTs purchased and owned by Canadian Dept. of Transport were then classified as Northern Supply Vessels (NSV) and were named for six birds and with the Inuit word meaning Polar bear - as follows:
Auk, Skua, Gannet, Raven, Eider, Puffin and Nanook. Nanook was outfitted with stevedore accommodation and carried two LCMs on deck.
anexoldman

Thanks for the contribution! I will look for more pictures of the vessels.