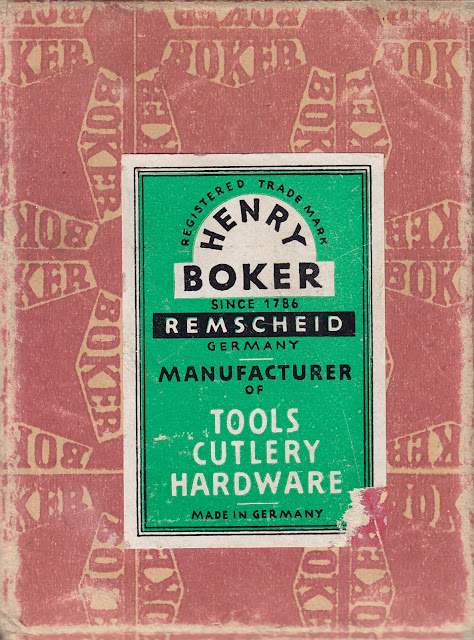 I keep turning up Henry Boker tools, many with their distinctive arrow trademark. 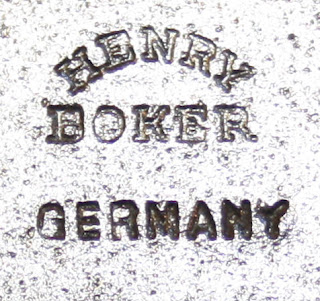 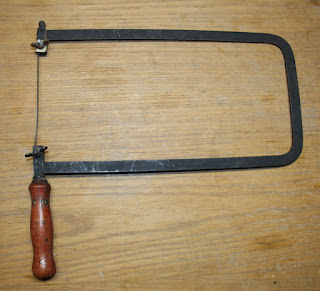 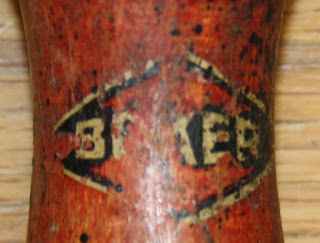 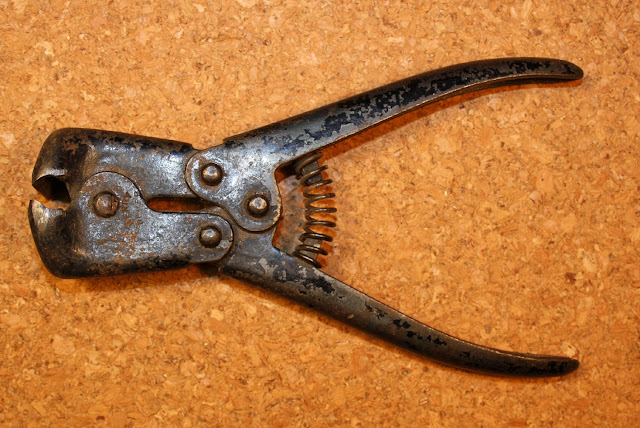 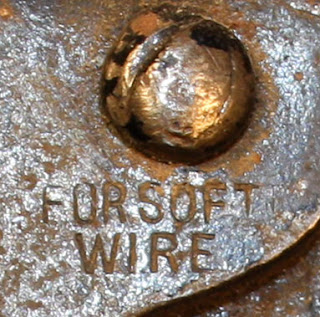 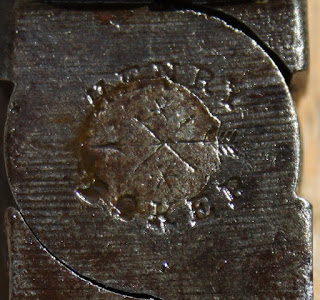 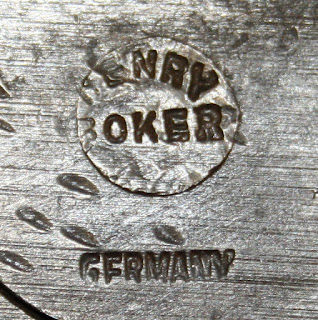 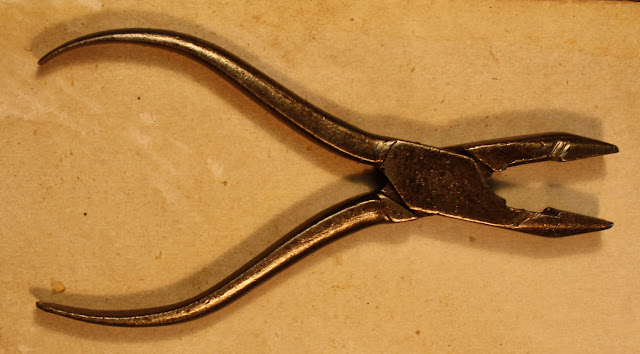 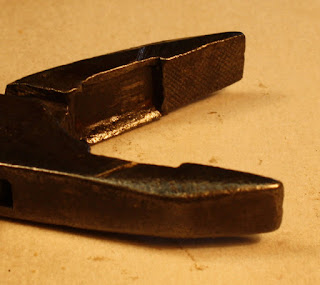 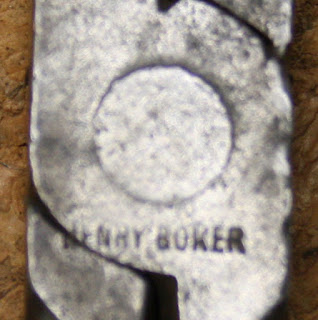 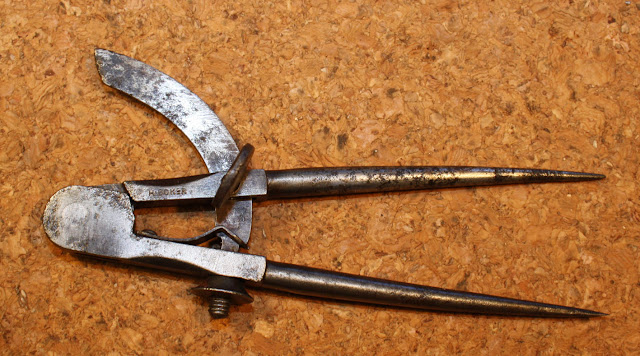 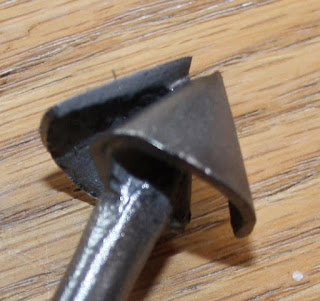 Below, from Kijiji ads: 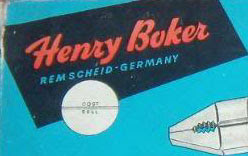 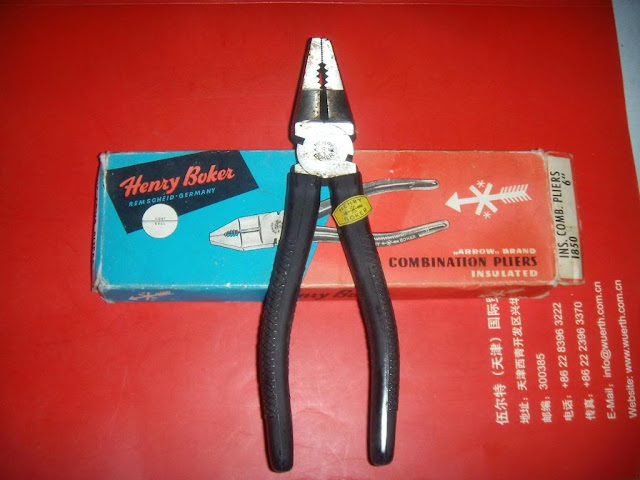 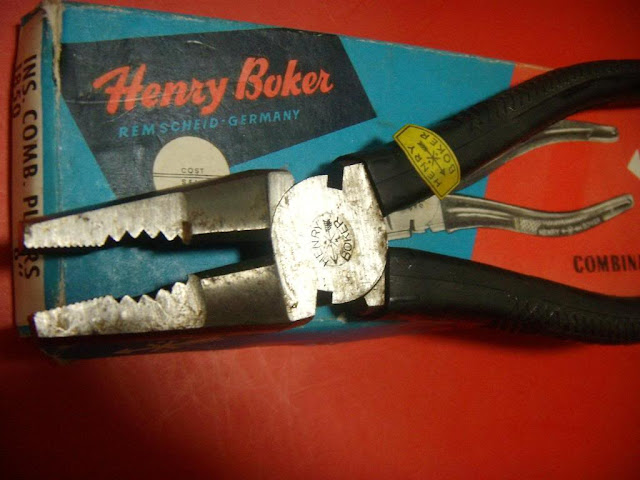 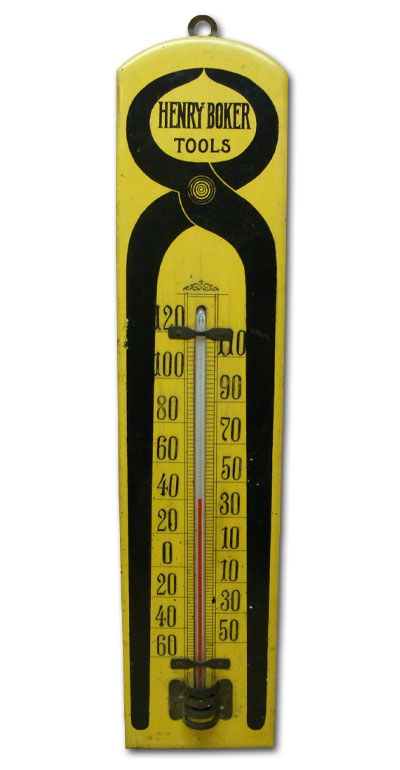 Below, images submitted by a visitor of his lovely Boker anvil carrying the arrow trademark.  It also has "83" cast into it.  I didn't know the company made products of this type.  If anyone can date the anvil, please let us know so we can pass this information along to the owner. 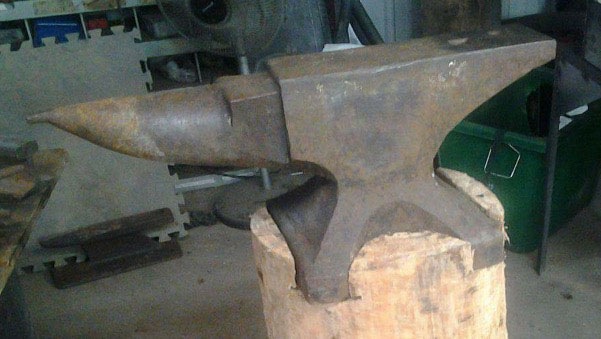 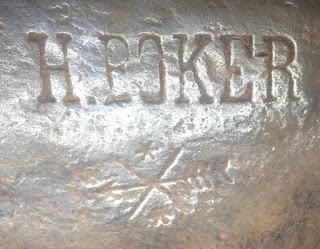 Although they look very similar, there are two distinct brands of Trenton anvils, one produced for Hermann Boker and one produced by the Columbus (OH) Forge and Iron Company (CF&I).

H. Boker is connected to the Boker family business in Germany, which produces fine edged items. He is believed to have either an interested in or have been a broker for the Trenton (NJ) Anvil and Vise Company (TA&V) and had a wrought-iron bodied, steel plate top anvil made in Germany with Trenton stamped on it within a flattened diamond. These are circa 1860-1898. (Anvils stamped H. BOKER are also his responsibility and were also likely made in Germany. These are believed to be prior to 1860. It is possible he began an association with TA&V about then and had the logo stamp simply changed from H. BOKER to TRENTON.)

According to the box label shown above, Henry Boker Tools dates back to 1786.  From what little I can find online, the company made tools but also acted as a distributor for tools made by other firms. Pliers were a staple, but clearly the firm offered much more than that.  Then they were just gone.

Apparently, the same family was involved in the Heinrich Boker firm of Solingen, just 11 kilometers from Remsheid, which continues to be known for its knives and scissors, but uses a very different tree trademark.  "Boker Tree" was acquired by Cooper Tools but became independent again in 1986. 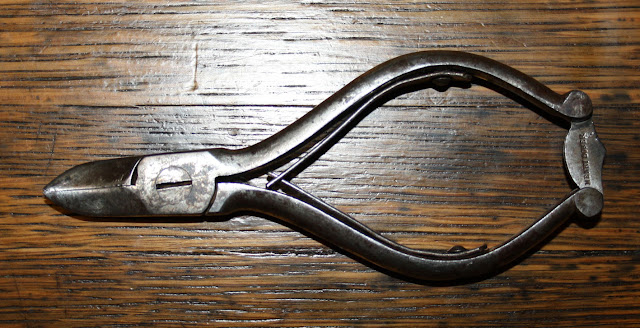 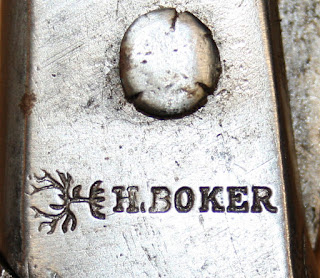 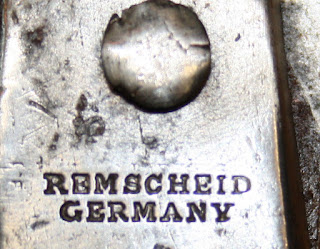 My name is Rett and I'm an old tool collector - mainly old patented screwdrivers (spiral, ratchet, push drills, etc.). I stumbled upon your blog when looking for info about two of my spiral screwdrivers made by Henry Boker that I've never seen before. The smaller one of the two is simply stamped "Henry Boker" whereas the larger one is stamped "H. Boker" with the "tree" stamped right next to it. Anyhow, not sure if you're a Boker tool collector, but just wanted to see if you've ever come across any examples of these?

And, no, I've never encountered them before.  They're clearly pretty old.  Rett kindly gave permission for me to add his pdf page with pictures of this tool.  You can see it here.

Update May 2018: Another reader has encountered a lovely Boker tool set, this time what looks to be an old, possibly a 19th century tap and die set with the Henry Boker name on it. He is looking for any information on dating this set.


Though the company is depicted online as a knife maker, over the years they made, as the name plate says "Tools of every description!" 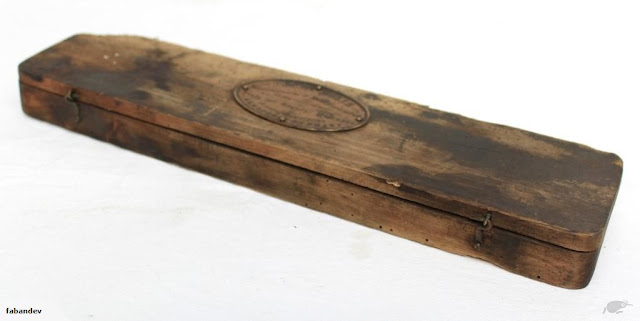 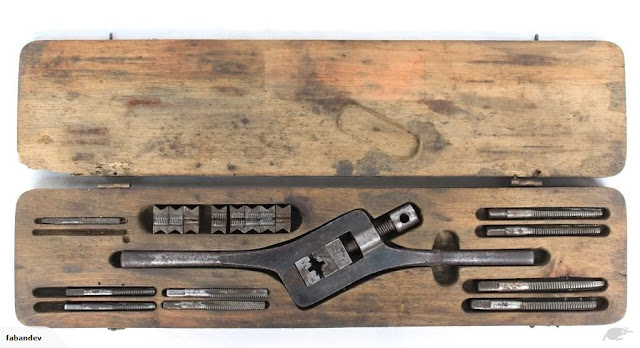 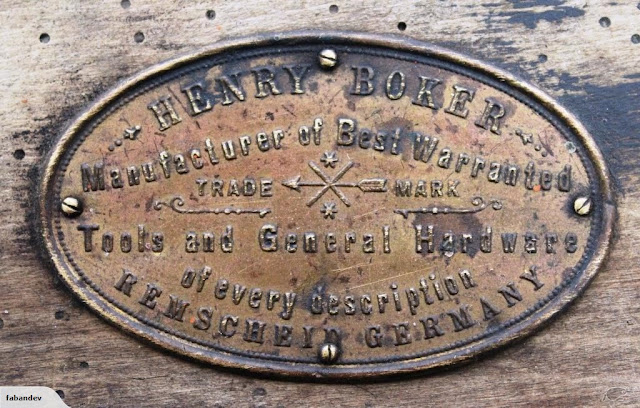 Oct. 2020 update; Truly tools of every description. An Australian reader sent in these pictures of a set of orthodontic pliers made by the company. Although they looked to be stainless steel, they're actually plated. 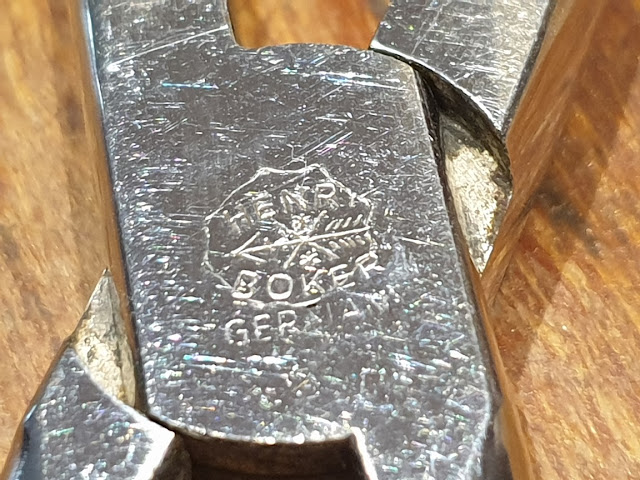 Looks like they're still around mate - here's a link to an Australian company that stocks their tools:
http://www.boker.com.au/

Hi, I bought a very old anvil with the mention "H Boker" with the number 83 underneath. The anvil also has the significant arrow brand. Do you now how old it could be? I could send you some pics!

Interesting. A Boker anvil. I didn't know they made these items. Sorry, I can't date it for you. However, we'd be happy to add your pics to the blog post. You can email them to me: bishrip@gmail.com.

I've been looking for Henry boker lineman pliers for sometime and am having trouble finding a specific marking. Its henry boker germany in a circle. Henry boker on top an Germany on bottom. Hoping to date them

H Boker & Co. Made III U O A
6" diagonal cutter pliers
Was this German or USA Made

Would it be possible to send a picture to gerald@vanwyngaarden.ca ?

Hahaha https://9gag.com/gag/aY7bnEO?ref=android found this sweet tool, if anyone has any info on this please let me know! It is a Henry Boker tool!

I have a pair of pincers that belonged to my Grandfather, Henry Boker with the number 7, similar to this: http://2.bp.blogspot.com/-pXJlzdj62os/Ve4PXDLGV3I/AAAAAAAAbvo/zdmgVqFa0uE/s1600/Boker-nippers-old-2.jpg
Do you have any idea how to date items like this?

Sorry, can't help you, Hopefully someone will reply who knows the subtleties of production to help narrow the age down.

I have a Henry Boker-stamped celluloid mermaid corkscrew. Also trying to Daye it....