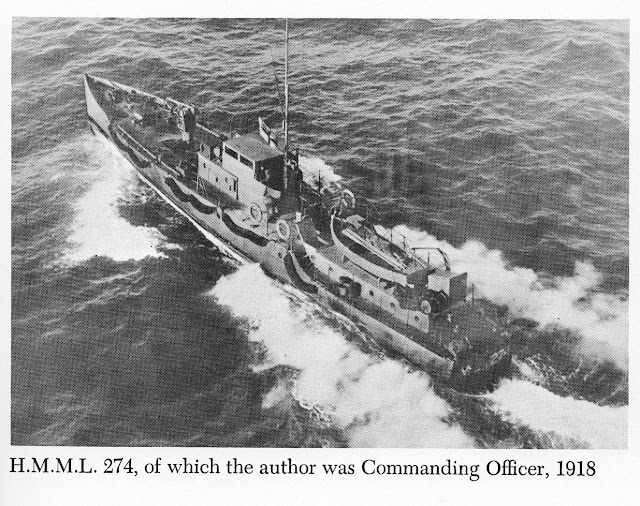 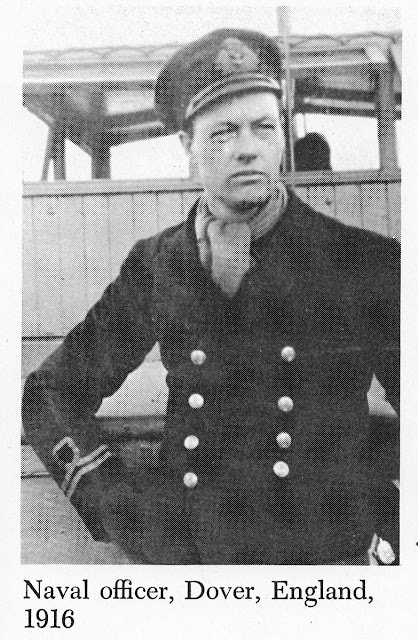 His Majesty's Motor Launches were the First World War predecessors of the Second World War's Motor Torpedo Boats (MTBs).  They were known as "Harry Tate's Navy" after a contemporary British comedian whose skits included having problems with automobiles and other mechanical contraptions.

From The Great War Forum:  Motor Launches 51 to 580 were 37 tons; 46 tons gross, 80' x 12.5'x 4' , 13 pounder, depth charges, 440 bhp giving 19.5 knots, crew of 8. acted as scouts, anti-submarine craft, inshore minesweepers, smokescreen layers and hydrophone vessels.  Survivors sold in three lots and ended up either in two scrapyards in Britain or one in Malta.

Lower, who eventually occupied the Douglas Chair of Canadian History at Queen's University, made the following observations about German submarines surrendered after the war: 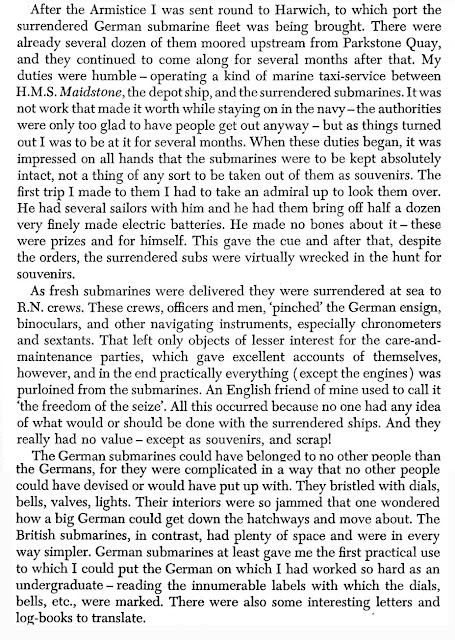 To read more of Lower's experiences on the Motor Launches, I've uploaded an excerpt here:  In the Navy.
Posted by The Duke at 9:13 AM