Above, a hacksaw I recently unearthed in my travels. Below, photos from the web of other tools so marked: 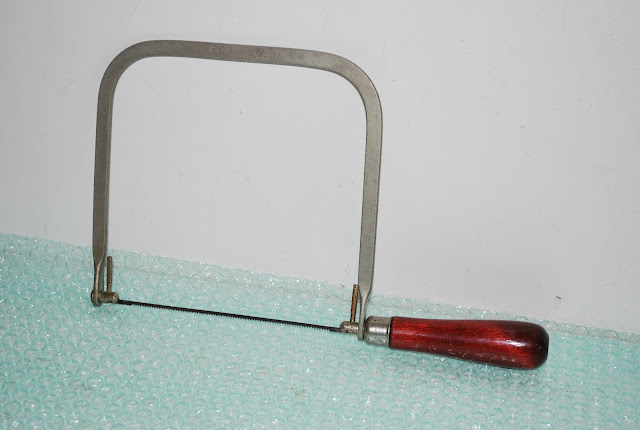 Below, a later product, or at least a product based on a 1942 patent assigned to the Parker Wire Goods Company.  The screwdriver is missing the metal tabs that acted as a screwholder: 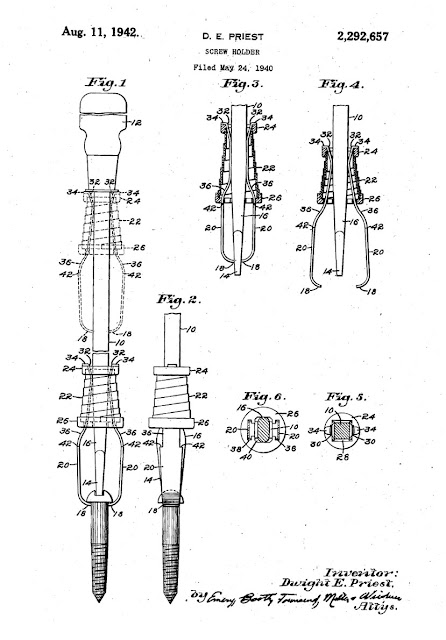 Arthur Henry Parker founded the Parker Wire Goods firm in 1901. Eventually, they branched into hand tools, making some of them for the Sears Craftsman brand.  The company became the Parker Manufacturing Company in 1943.  During World War II, the company was the largest producer of the M3A1 combination tool. By 1965, the company was reputed to be the world's largest manufacturer of hacksaw and coping saw frames, and the largest manufacturer in New England of saber saw blades and jig saw blades.  It was also a pioneer in adopting a guaranteed annual wage plan, which it had begun in 1939.

I've no idea why the tools were marked "The Parker Line" but use of the Parker name ceased in 1966.  According to one contributor to The Garage Gazette, the company almost folded in the mid-1980's when Sears suddenly decided to cancel its annual order. (Shades of what happened to Emerson Electric at the hands of Sears as well!)  In 1989, the company was bought by the Stanley Works and seems for a while to have been known as Parker-Stanley.

Parker Metal Products was a related firm, founded in 1922, which at its height employed 500 people.  It became Parker International Products in 2000 when it changed ownership.   It offered hammers, screwdrivers and screwdriver sets, faucet aerators, sprays and spritzers, tub and sinks stoppers, key locks, bicycle locks, safety hasps, surface savers, hooks, value packs, hangers, fasteners, home hardware, nails/tacks/brads, screws, builder’s hardware, displays, garden carts, utility carts, peg hooks, auto hardware, trophy rods, and specialty nails. The realities of the marketplace dictated that many of its products ended up being made elsewhere, primarily in China.  It wasn't enough to survive.  In 2007 it was sold to The Faucet-Queens., Inc, putting 33 people out of work. As the old owner said, "“China made a big difference,” Mr. Levy said. “We tried to be identified as a U.S. manufacturer, but we couldn’t fight China." Parker's wire forming and nail business, which had been devastated by a flood at the 84 Prescott Street factory in 2005, was not included in the sale.

The factory at 149 Washington Street in Worcester was built in 1930 and changed hands several times after that, its manufacturing capabilities reducing each time.  Today, it's vacant.  Below, from Google Streetview: 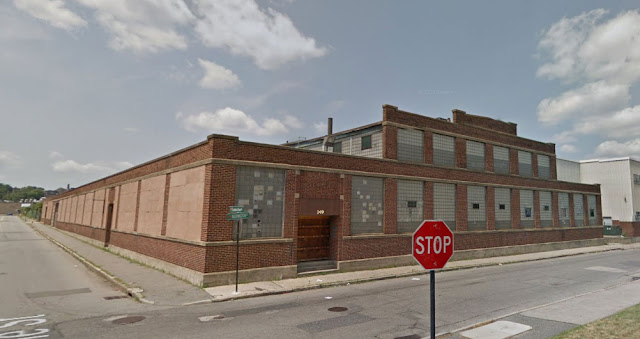 Hi! In 1898, my great grandfather and his two brothers were moulders at 149 Washington St. In Worcester. I’ve scoured the 1898 City Directory trying to find the name of the company but have had no luck. Do you know what company occupied that space prior to the 1901 founding of Parker?

I,today,purchased a 'The Parker Line No.55'coping saw. Do you have any idea what the wood handle is made of? Or what era it was built?

Hopefully soemone wo really knows the product line a=can answer what the years (decades?) of production. Many times the wood handles were maple, with a mahogany stain.

Joanne, the current building at that address was built in 1931, I cannot find any pre-Parker info...

What is the pliers
.

I think the pliers are actually cutters.