I re-discovered this item while digging around in my shop for something else: 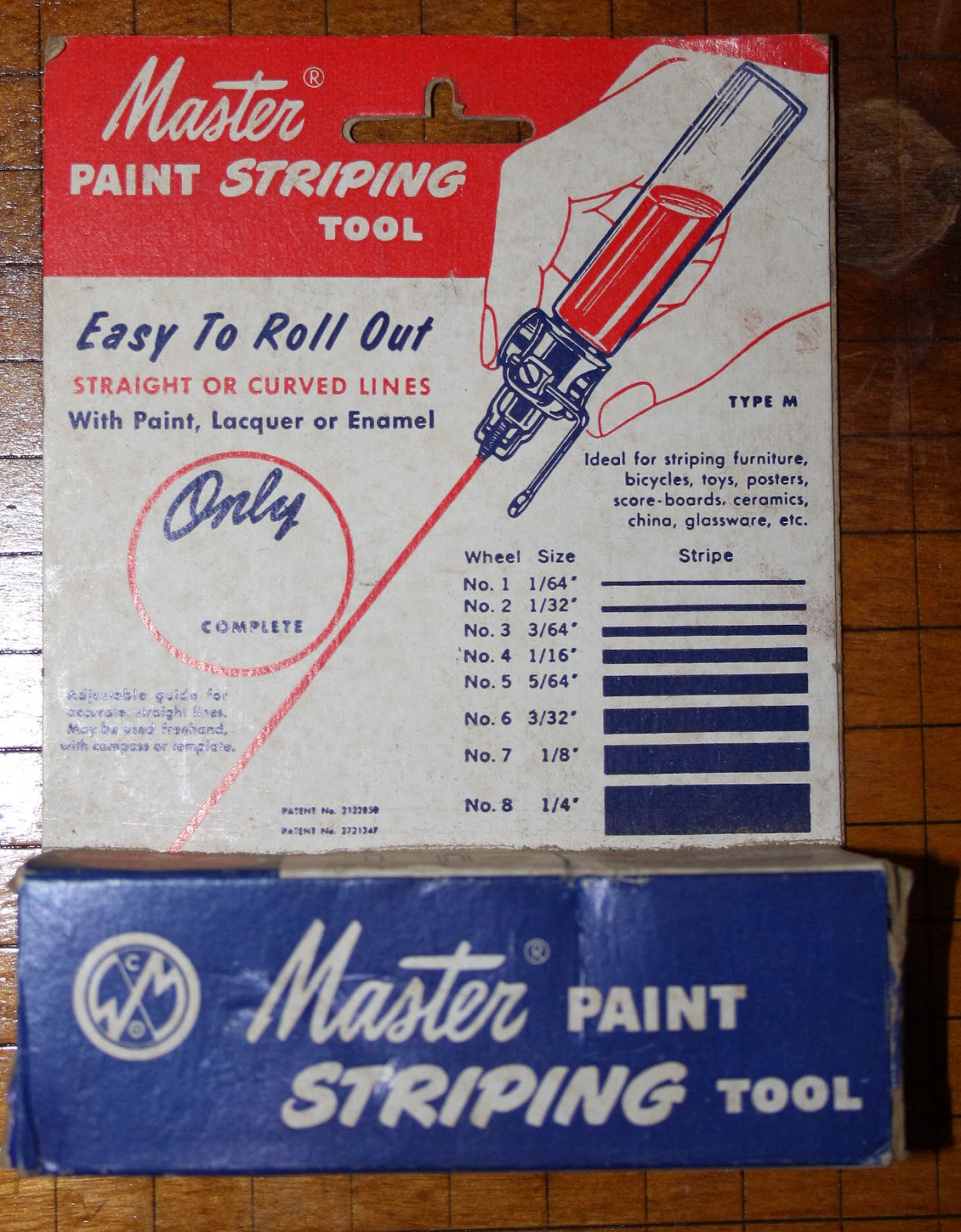 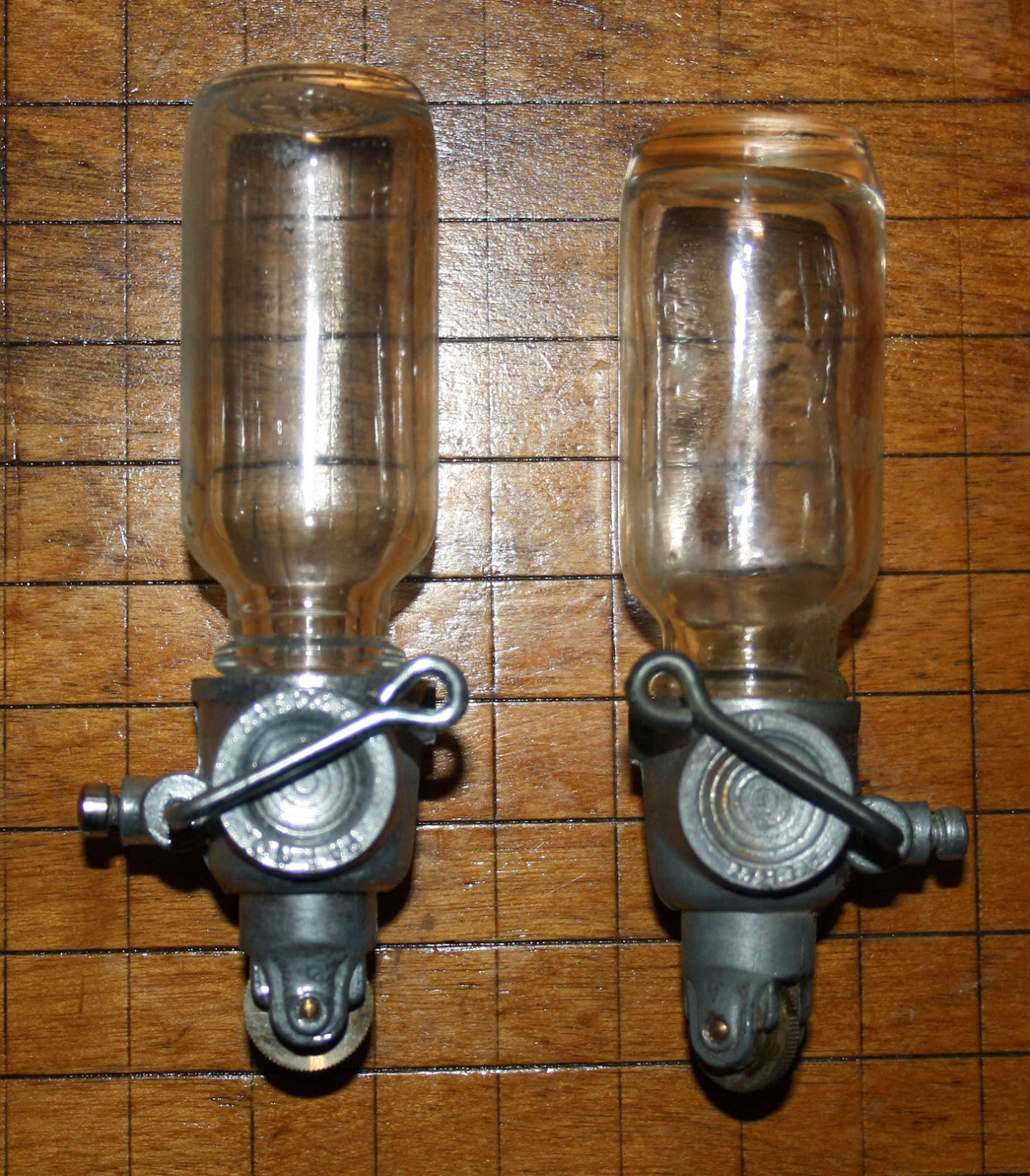 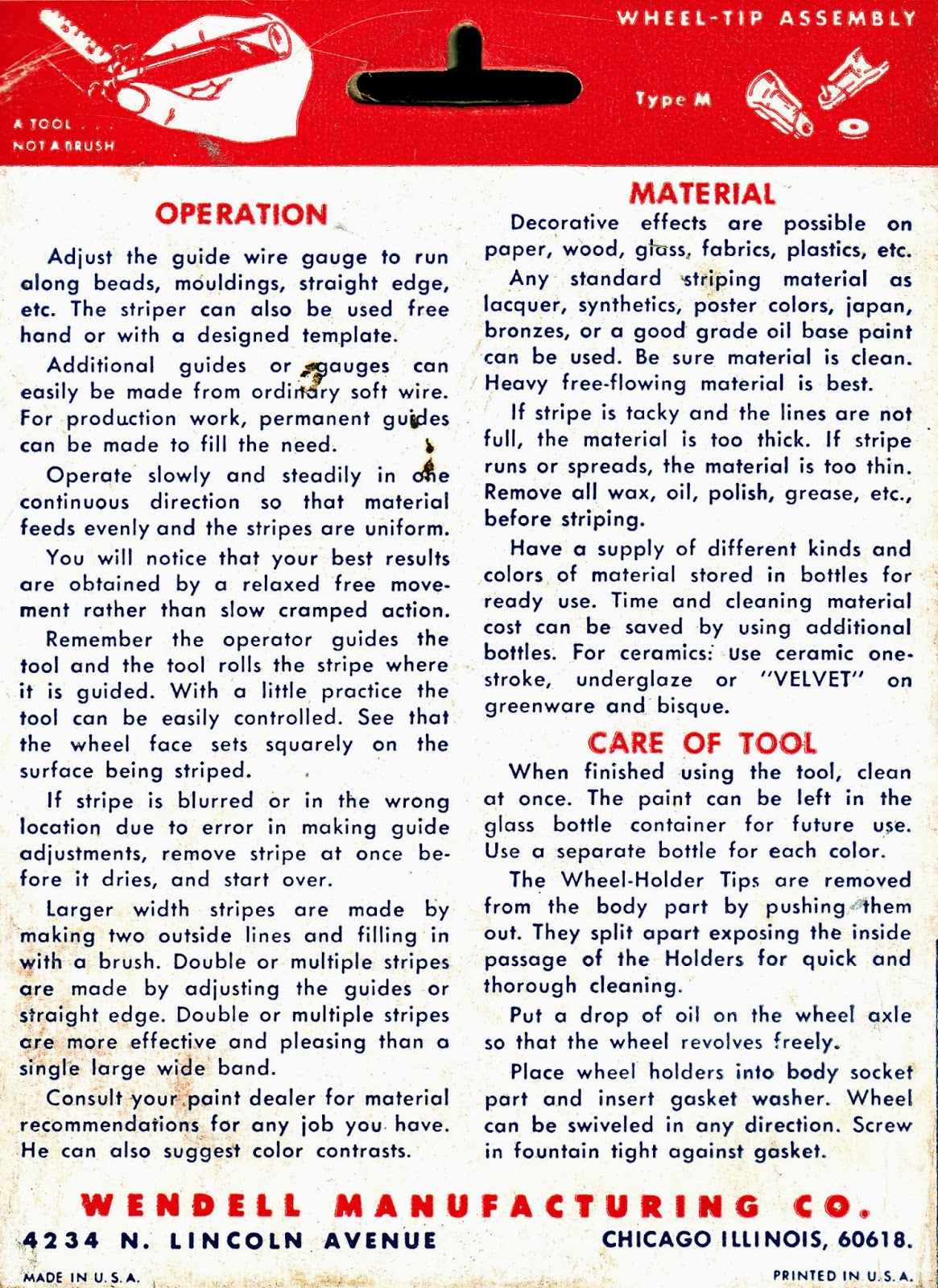 The Wendell Mfg. Co. seems to have started out as a manufacturer of silver badges in the late 1800's.  Founded by Charles Wendell, it took its name in 1885 and was incorporated four years later.  They made flatware and even had a contract to provide sterling ware to Marshall Field & Co.  The flatware line was discontinued in 1900, and obviously they got into manufacturing very different products.  The Master Paint Striping Tool was patented by J.R. Benkowski in 1955, who assigned the patent to the Wendell Company.  However, the company had been manufacturing and selling it as early as 1948, as shown in the Popular Science ad below: 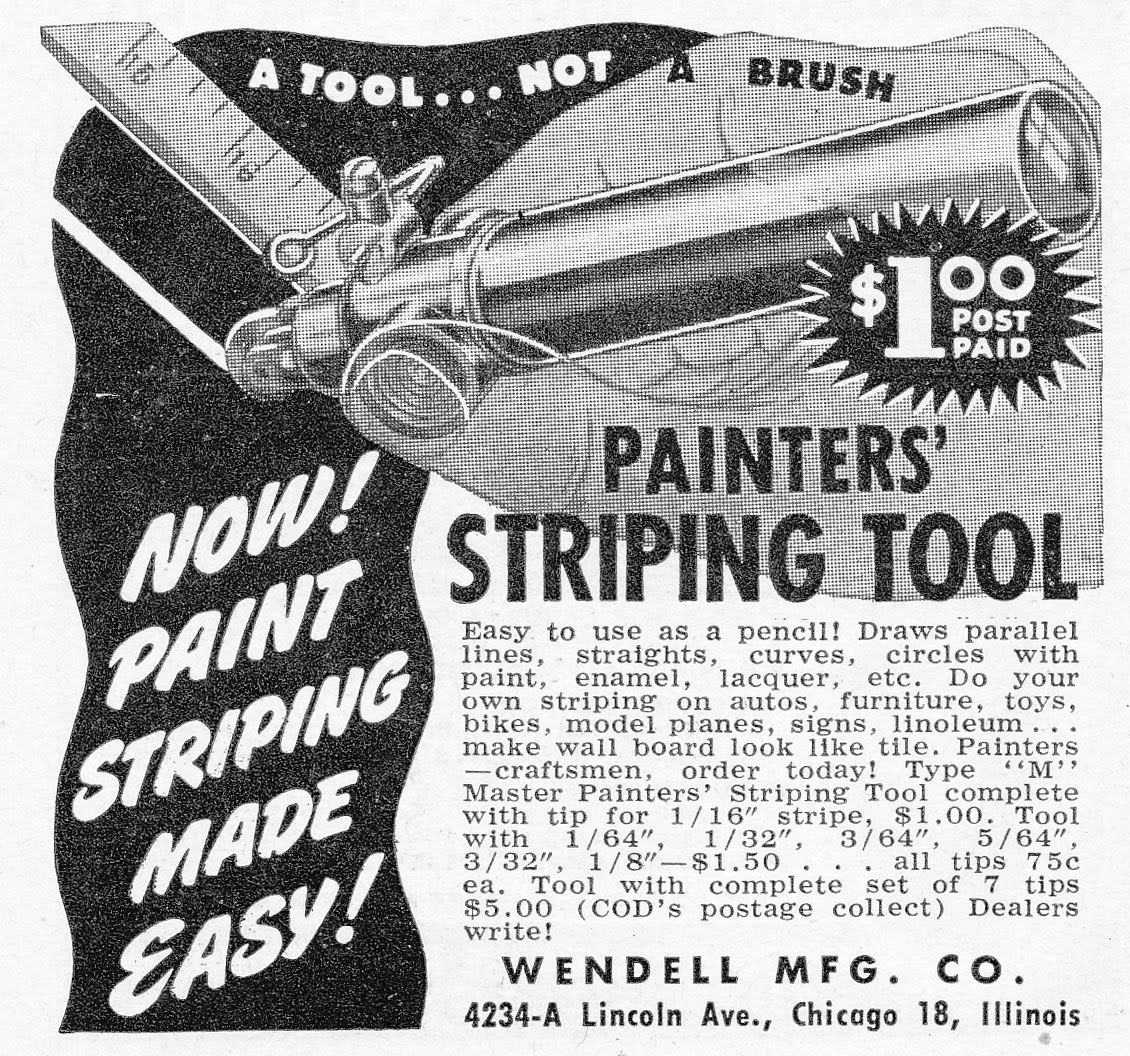 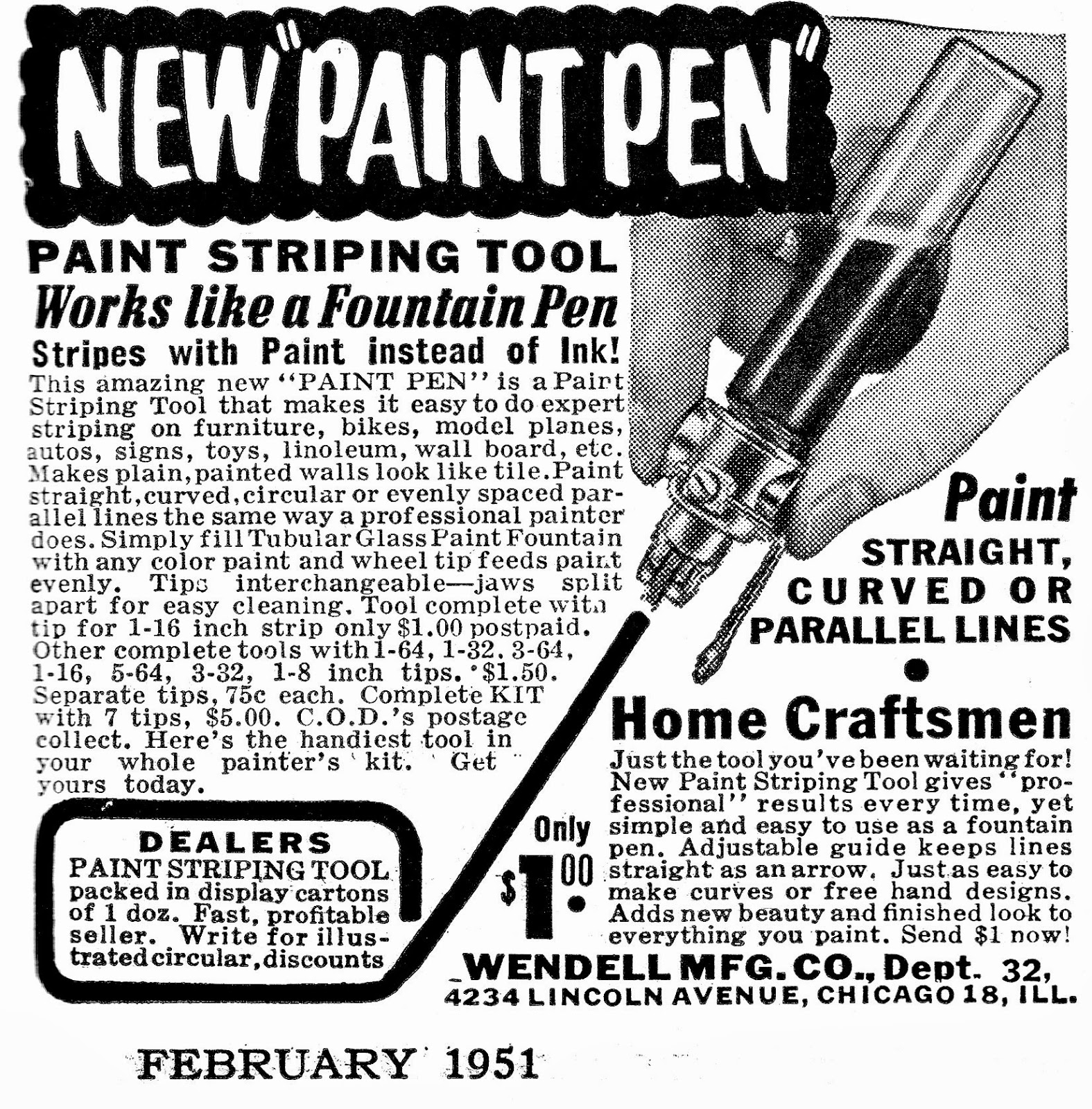 The tool sold for a buck back then.  People selling them online seem to want around 30 bucks today.

The Beugler Company still makes a similar pin-striping tool, based on an older patent (1935) patent.  Among his many accomplishments, Samuel Beno Beugler, the founder of that company, rode an Indian motorcycle back and forth across the U.S. in 1913.  That would have been quite a trip.

As for the Wendell Manufacturing Company, it's gone, but along with its tools it did leave behind a neat logo:

I have my Father’s paint striper that is over 70 years old and was trying to source the paint jars to go with it and discovered that this striping tool is still being manufactured by Marshalltown to this day and components are still available.

Thanks for the info, https://marshalltown.com/pro-1859-single-line-stripers?variantItemId=19670

I also have one, Brand New still in the Box! It was my grandpa's, its dated 1951! Still in perfect working order!