We used to make things in this country. #136: Dubl-HeX and Durable wrenches (revisited)

Mister G did a previous post on the Dubl-Hex wrenches.  This week, I found a nice set of them.  I'll call these the "round" version due to their cross-section:

That got me poking around in my shop for other examples I knew I had.  Below, a set of "flat" version wrenches:

They also offered a style of "raised panel" wrenches (raised on the one side, but recessed on the reverse):

What's interesting about this style is that it almost exactly matches a larger wrench I have that is marked "GMC" (presumably for General Motors Canada):

It looks like DublHeX (or Dubl-Hex) was around long enough to produce at least three different styles of wrench, and presumably to make GMC wrenches under contract.  So, they must have been a fairly large firm.

I also have some Canadian wrenches marked "Durable":

These have recessed panels on both sides.  Note the maple leaf:

As does one style of Gray wrench, with virtually the same font of capital letters used on the Durable wrench:

And which also includes the maple leaf on the reverse side:

Below, the Durable wrenches and the Gray wrench combined:

Note that the three-digit catalogue numbers line up, from the Gray wrench on the bottom and through the Durable wrenches above: 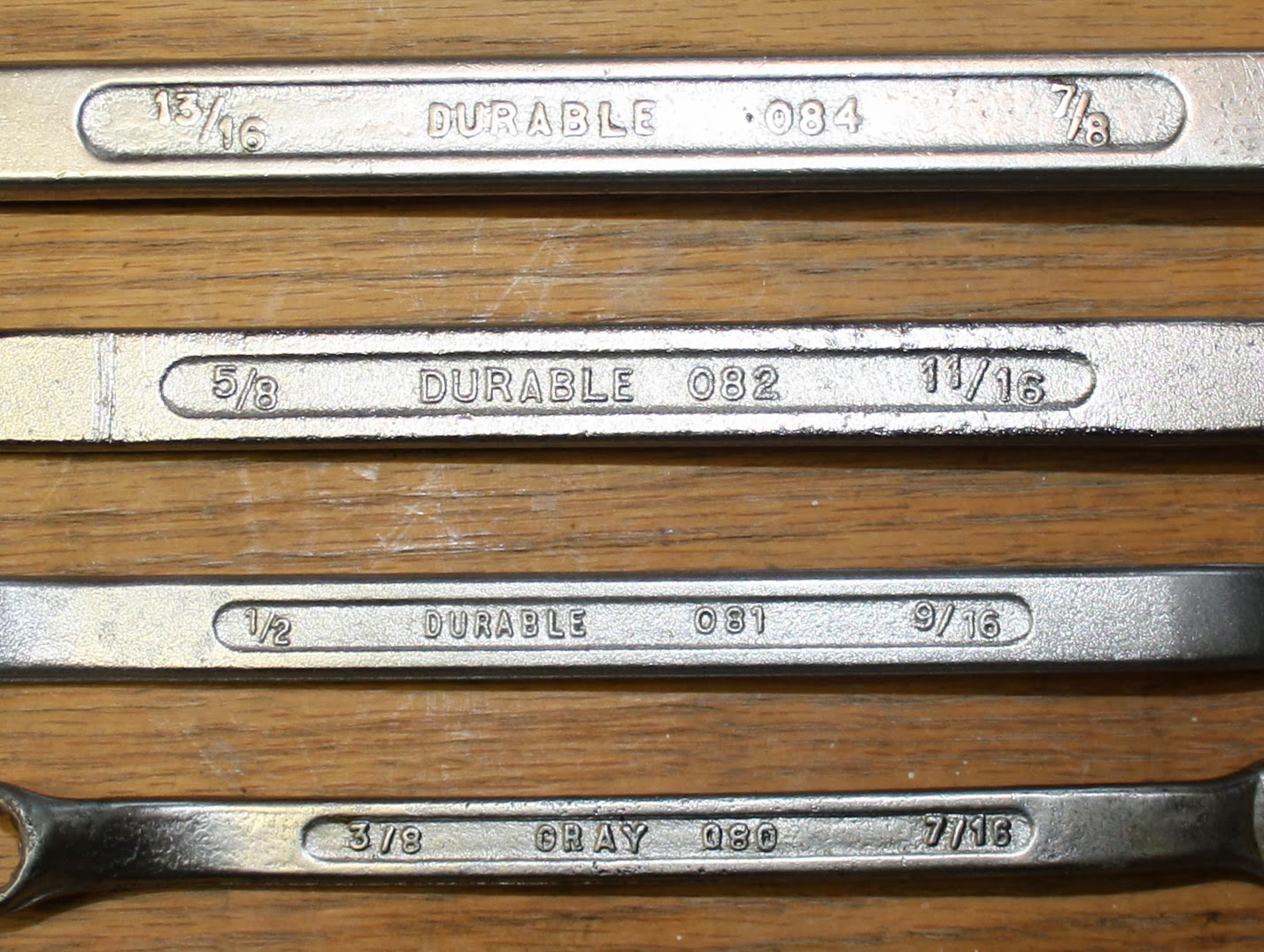 I think this is pretty strong prima facie evidence that Gray made Durable.

This was no small toolmaker:   the Durable line also included sockets, adjustable wrenches, and pliers. 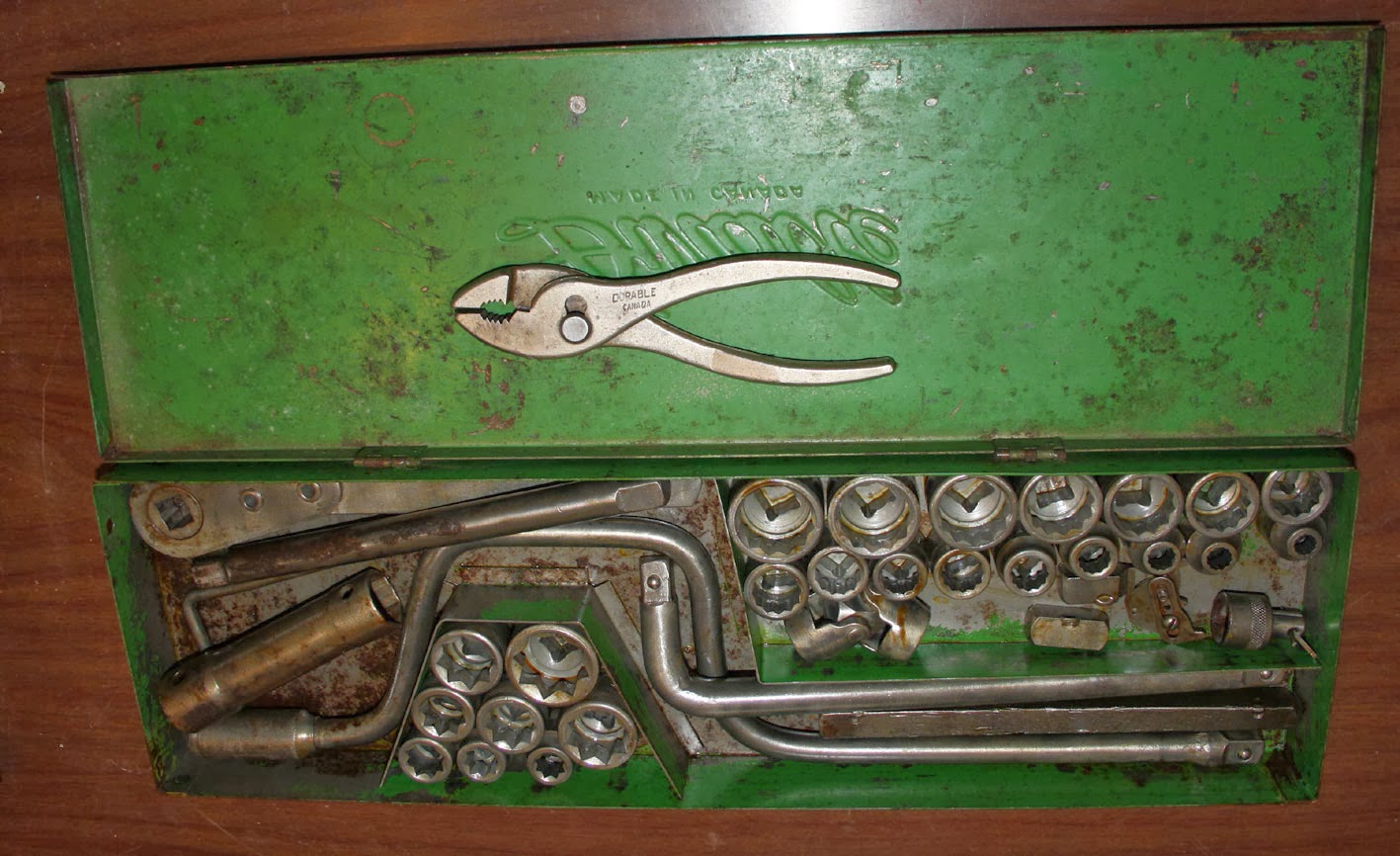 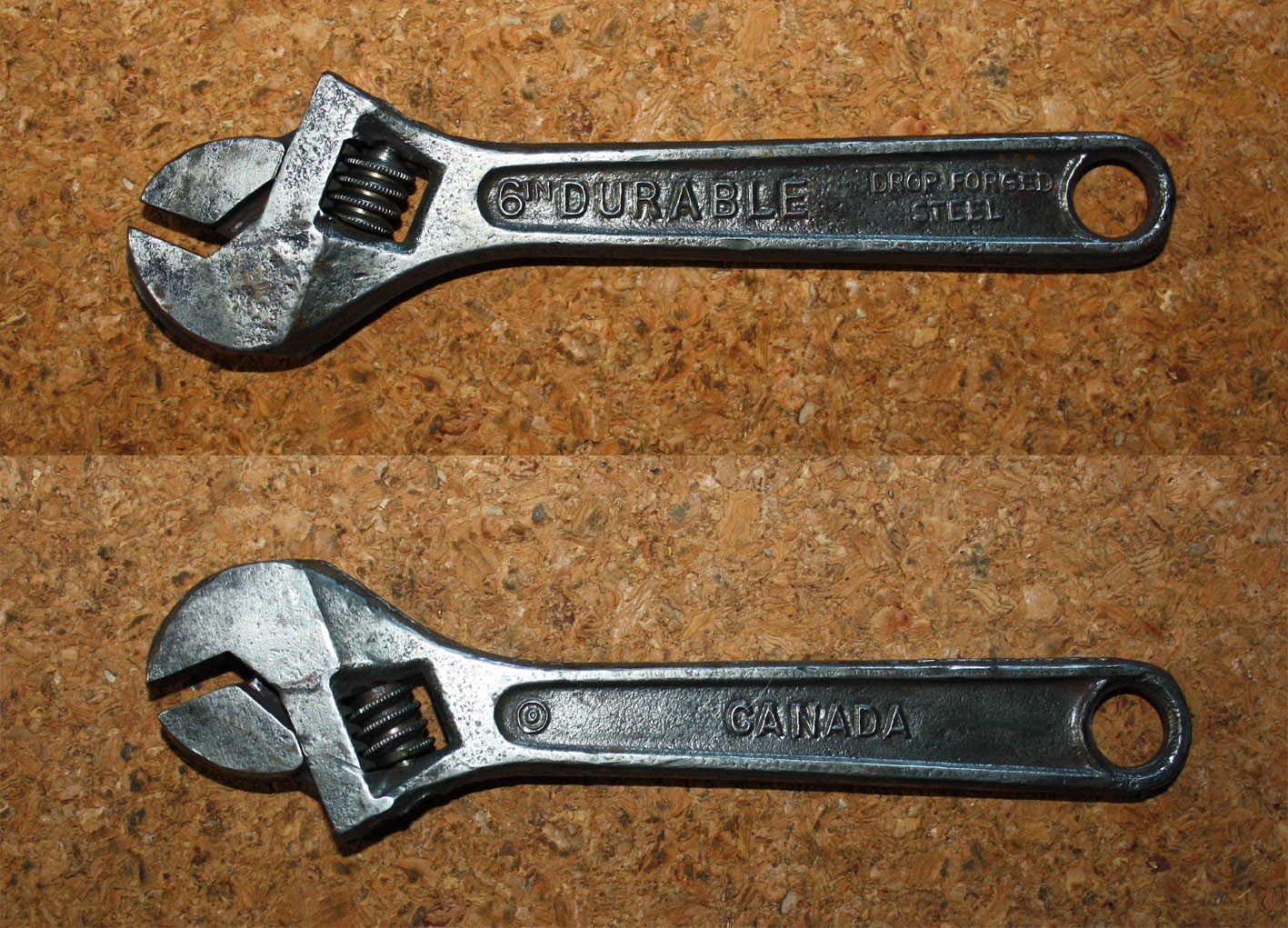 Now look at the catalogue numbers for the DublHeX wrenches: 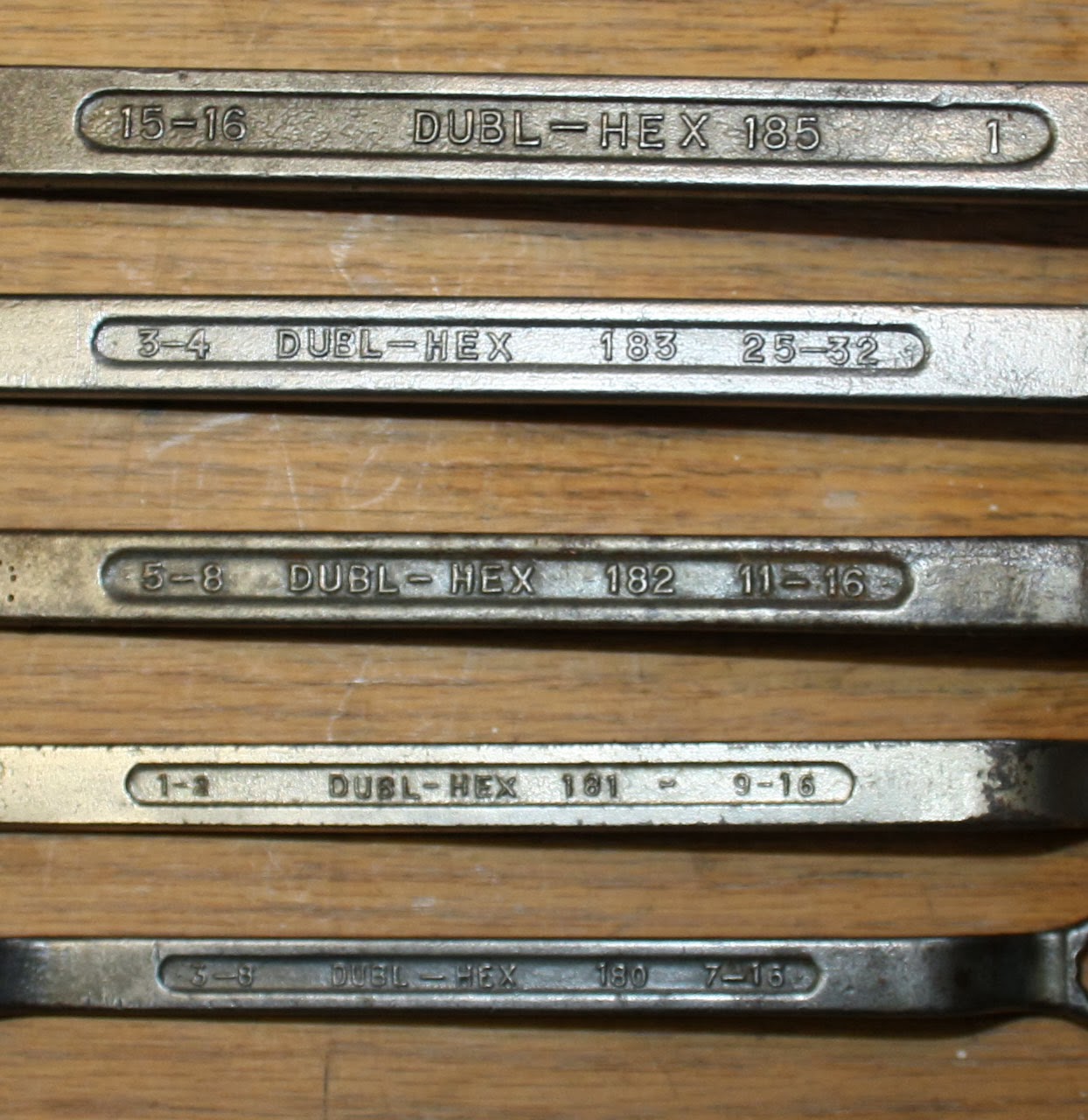 In this series, the three digit catalogue numbers are identical to the Gray/Durable ones, except that the first digit is a one rather than a zero for each fractional size.  (E.g., the 3/8"-7/16" DublHeX 180 wrench corresponds to the same fractional size Gray 080 wrench.)  Coincidence?  I think not.  Given that Gray also made wrenches under the "Dreadnaught" name, I believe that Alex Gray must have had a predilection for brand names beginning with the letter "D."  I submit my case.

Update:  A friend recently gave me a copy of the 1953/1954 catalogue for the J.H. Ashdown Hardware Co., Ltd. of Winnipeg, Manitoba.  They were distributors for a wide variety of products retailed by hardware stores.  Below, their offerings for both Dubl-HeX and Durable.  The latter ad proves conclusively that Durable, at least, was a Gray product: 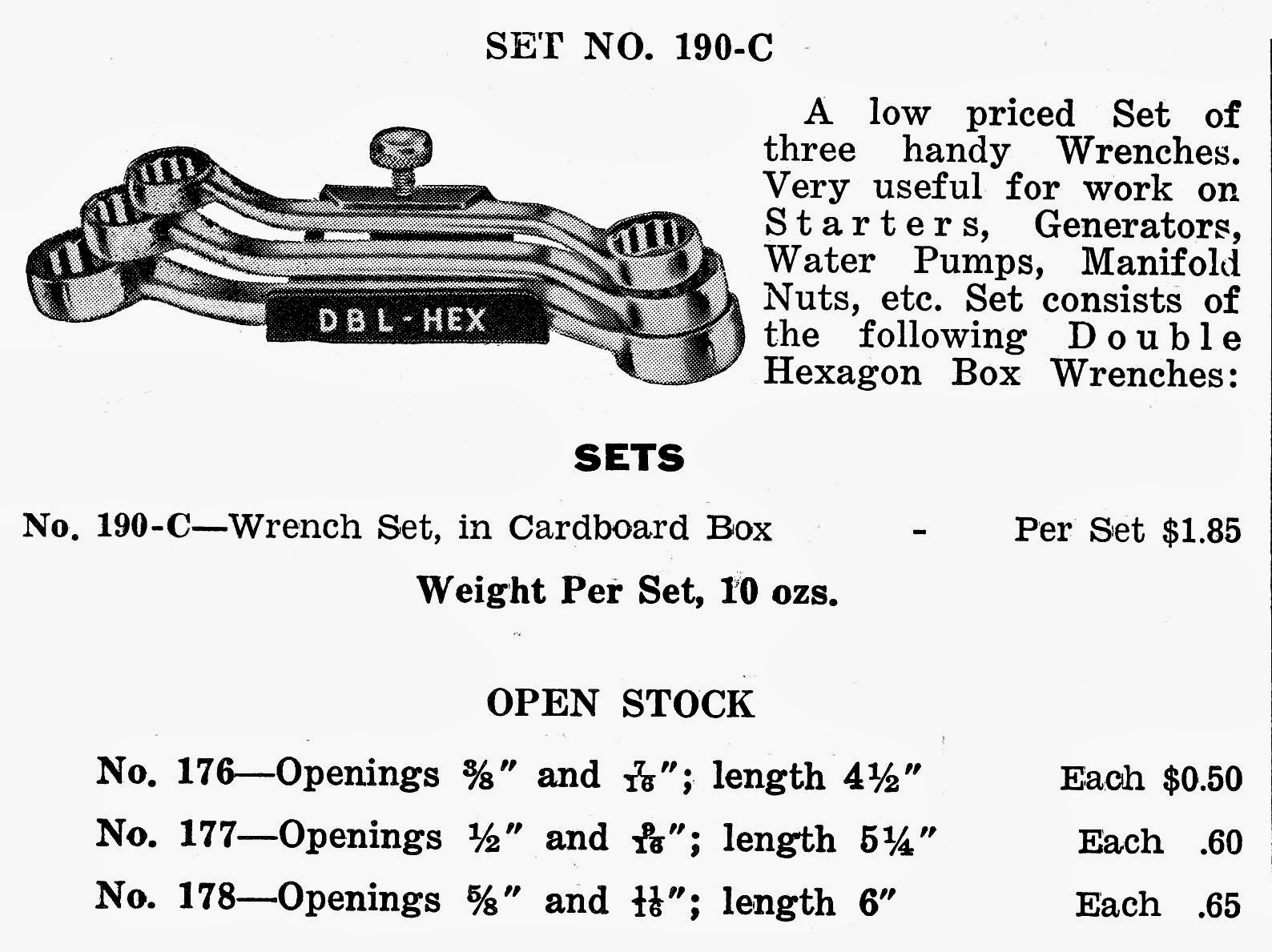 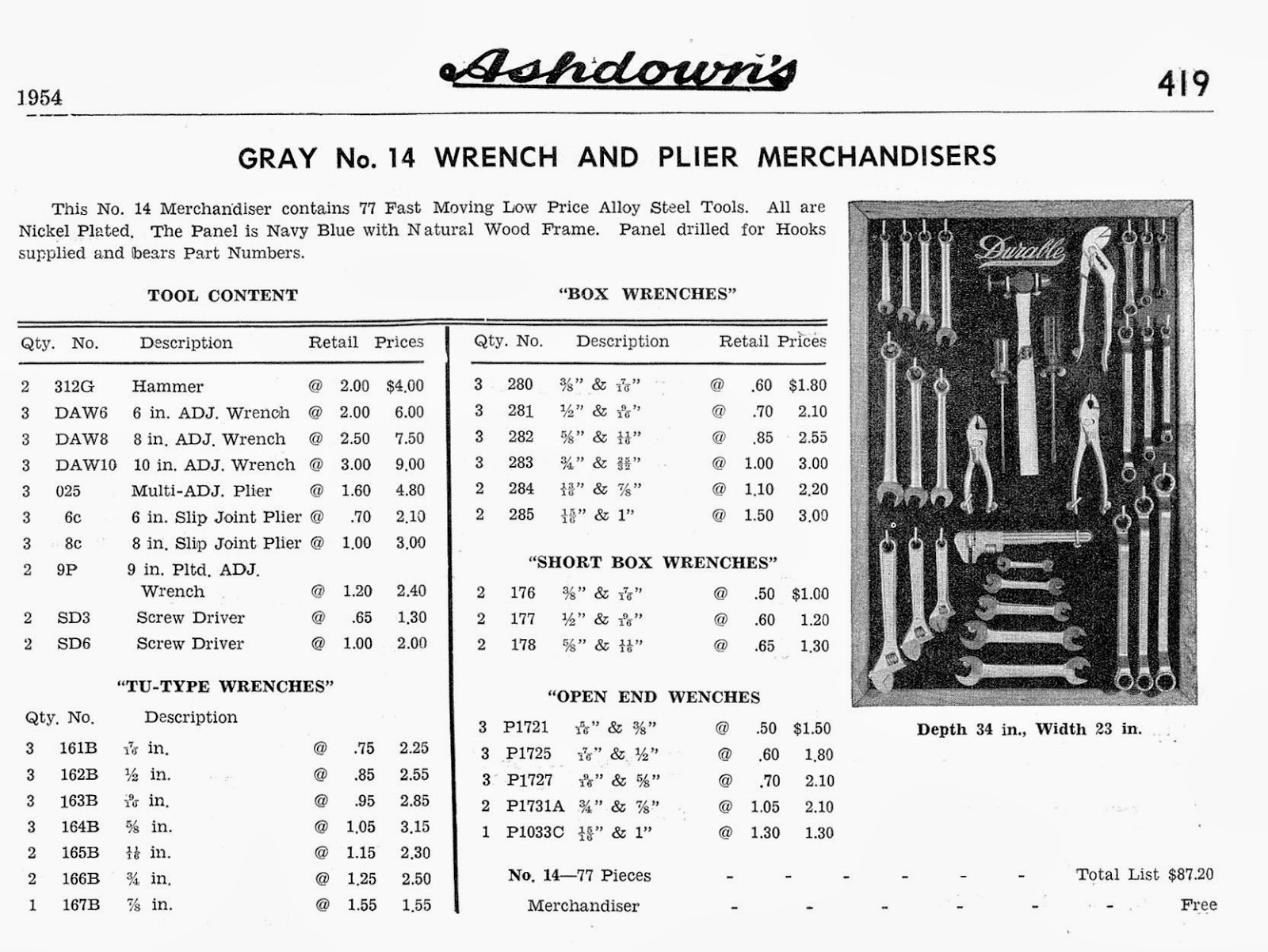