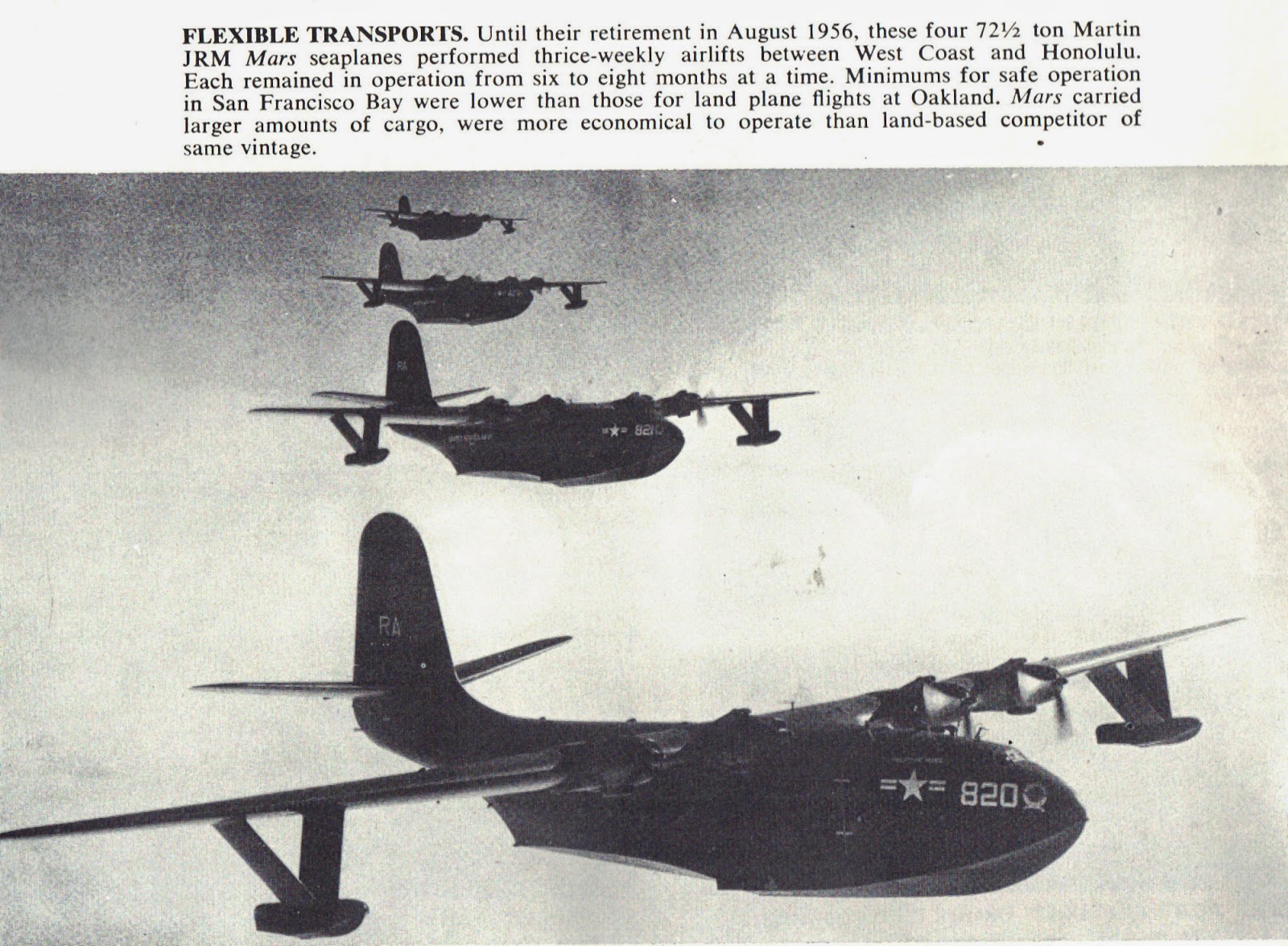 In total seven were built during WW2. Two remain, owned and operated by the Coulson Group of Port Alberni, British Columbia as water bombers.
Posted by Mister G at 11:37 PM

These last two planes are no longer in service as water bombers. The Philippine Mars has been repainted to it's original navy colours and is due to be flown to the National Aviation Museum in Pensacola Florida where it will spend it's remaining days as a static display. In 2013, it was announced that the last water-bomber, the Hawaii Mars, would be retired and it's future is yet to be determined. Coulson plans to replace these planes with more cost efficient equipment including the C-130Q Hercules
.
http://www.timescolonist.com/news/local/martin-mars-water-bomber-grounded-after-53-years-in-b-c-1.624458

I have seen these Mars water bombers up close - my uncle lives on Sproat lake where one of them was moored, and we were able to get an up close look at it from his boat. From that vantage point, the size of this behemoth is truly amazing.

Thanks for the info! I saw old info online that delivery to the museum had been delayed and figured that someone would have more up-to-date information. There was a Mighty Planes episode on Discovery channel some years ago that was interesting. Sadly I've never seen the planes in real life.