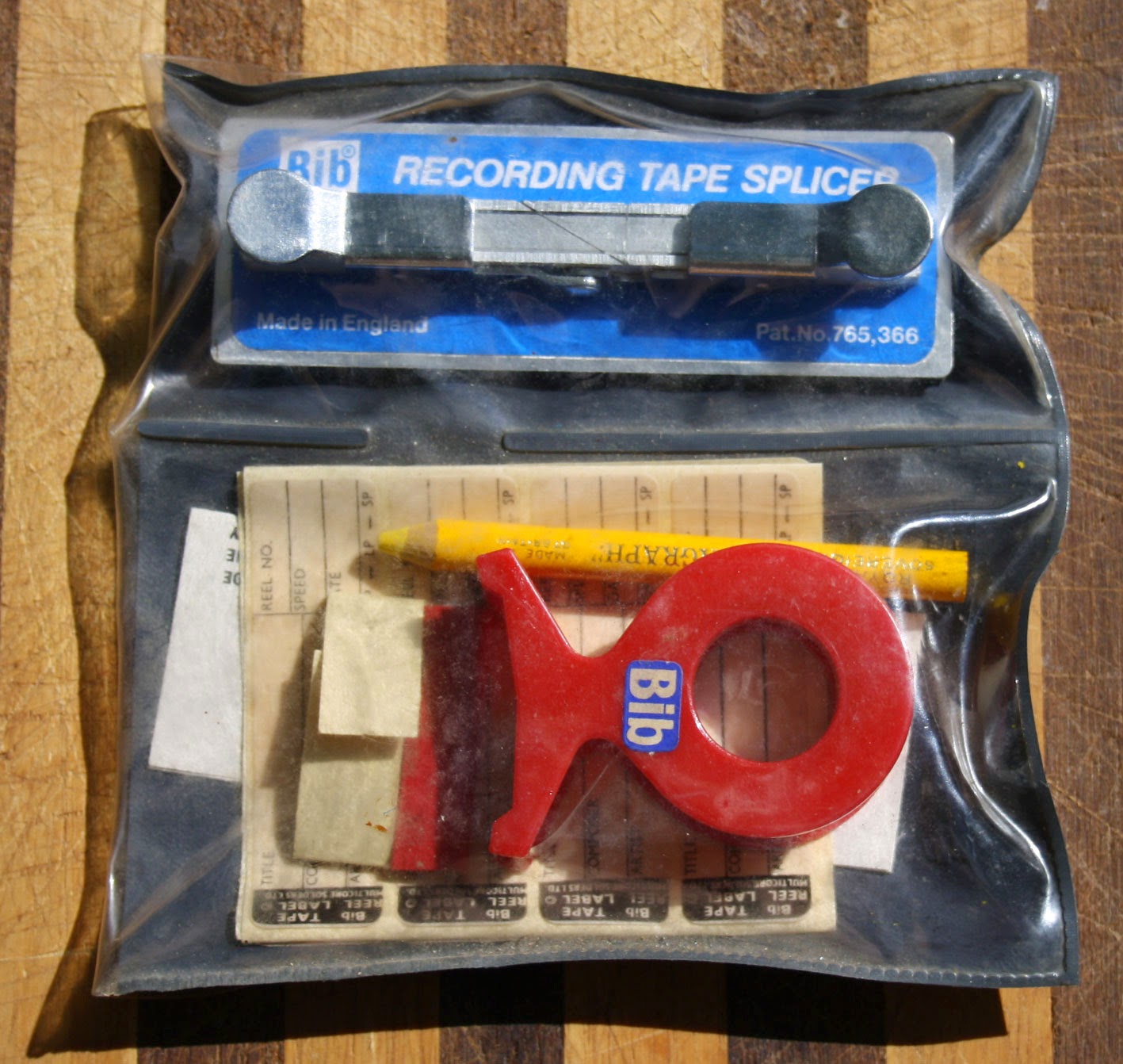 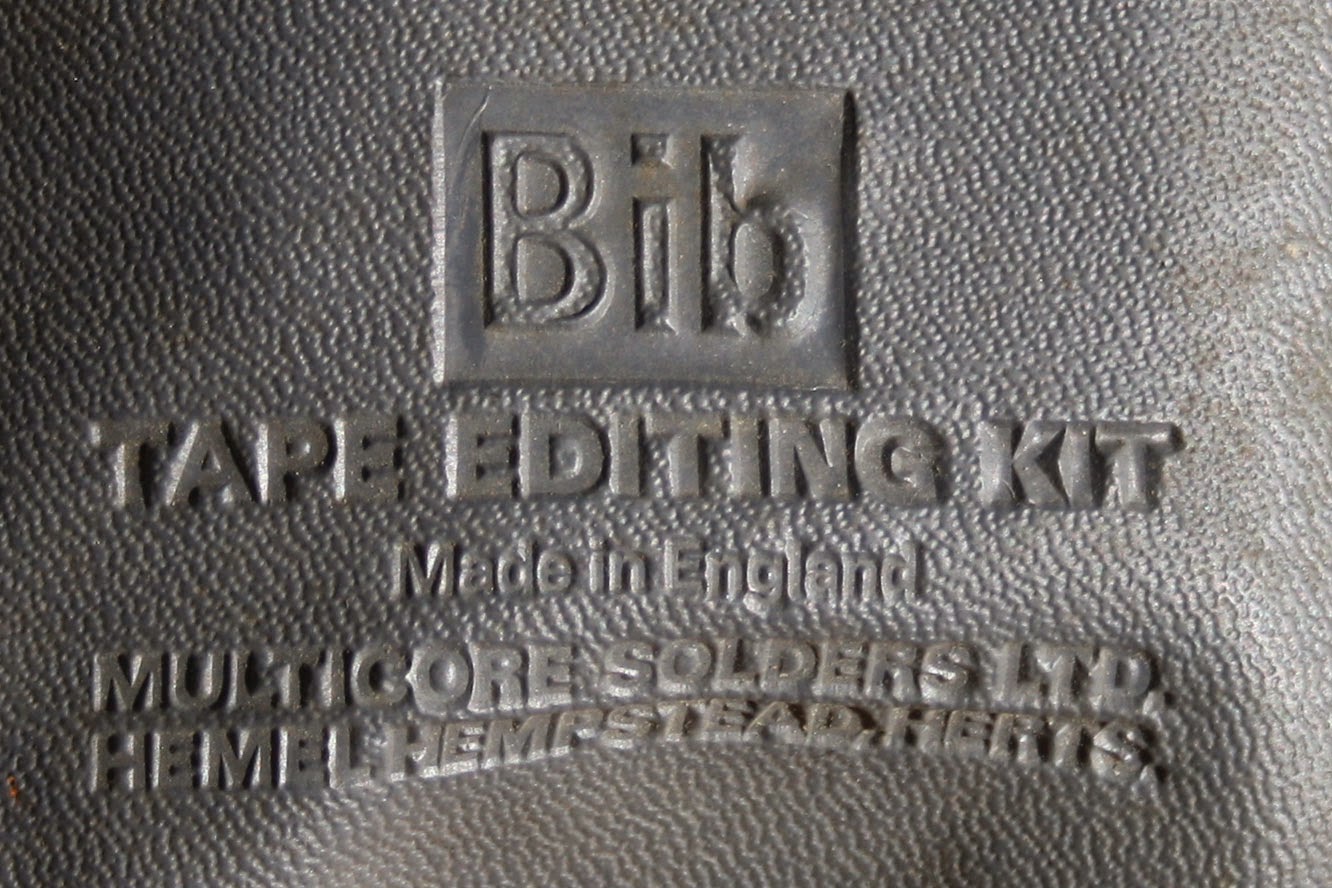 This is a reel-to-reel tape editing kit manufactured by the Bib Division of Multicore Solders Limited of Hemel Hempstead, Herts, England, back in the 1960's or early 1970's.  (Hemel Hempstead was recently voted the ugliest town in the U.K., winning this distinction by a comfortable margin.)

From the instructions below, you can see that editing tape back in those days was a whole heck of a lot more complicated than the digital music computer editing that everyone does today. 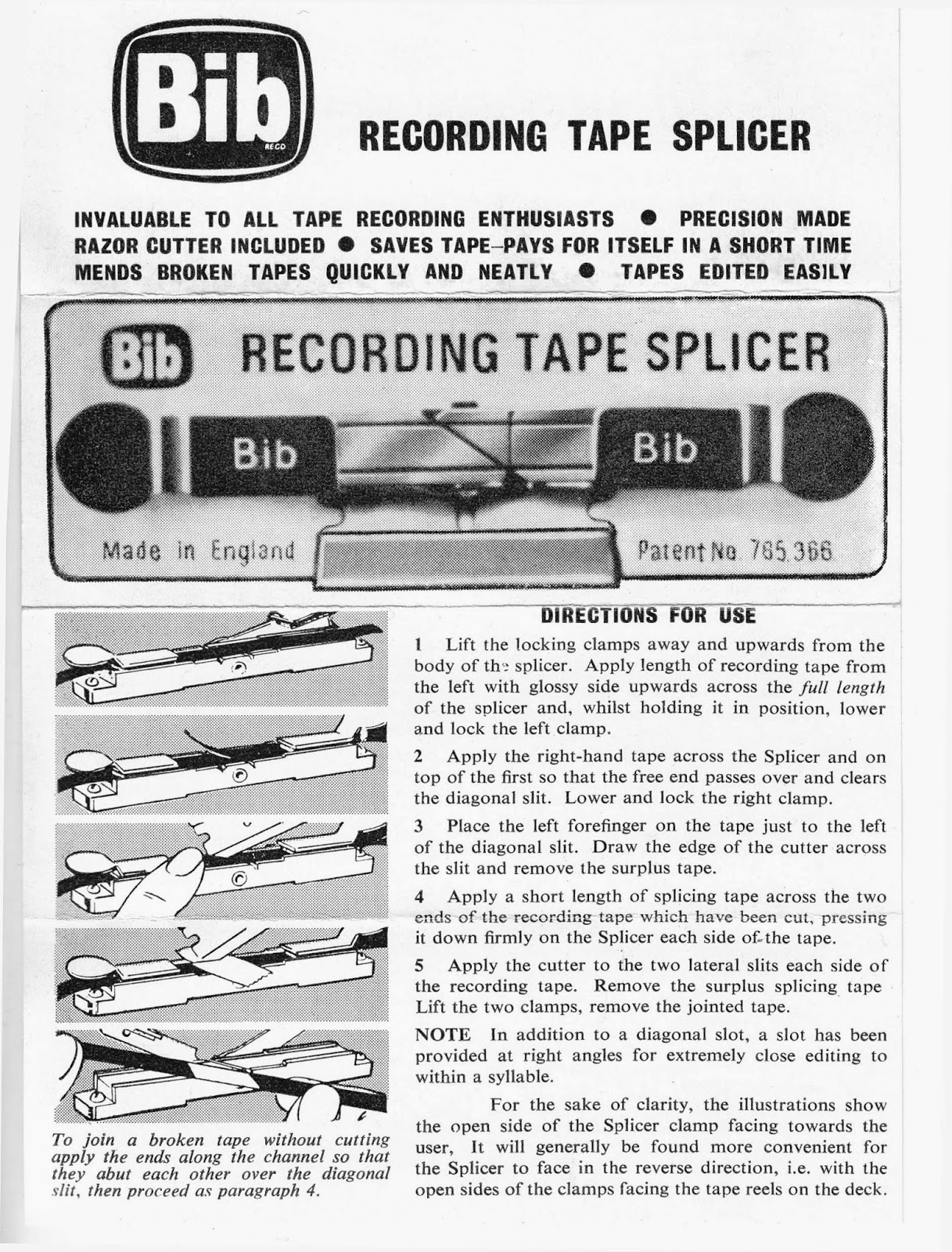 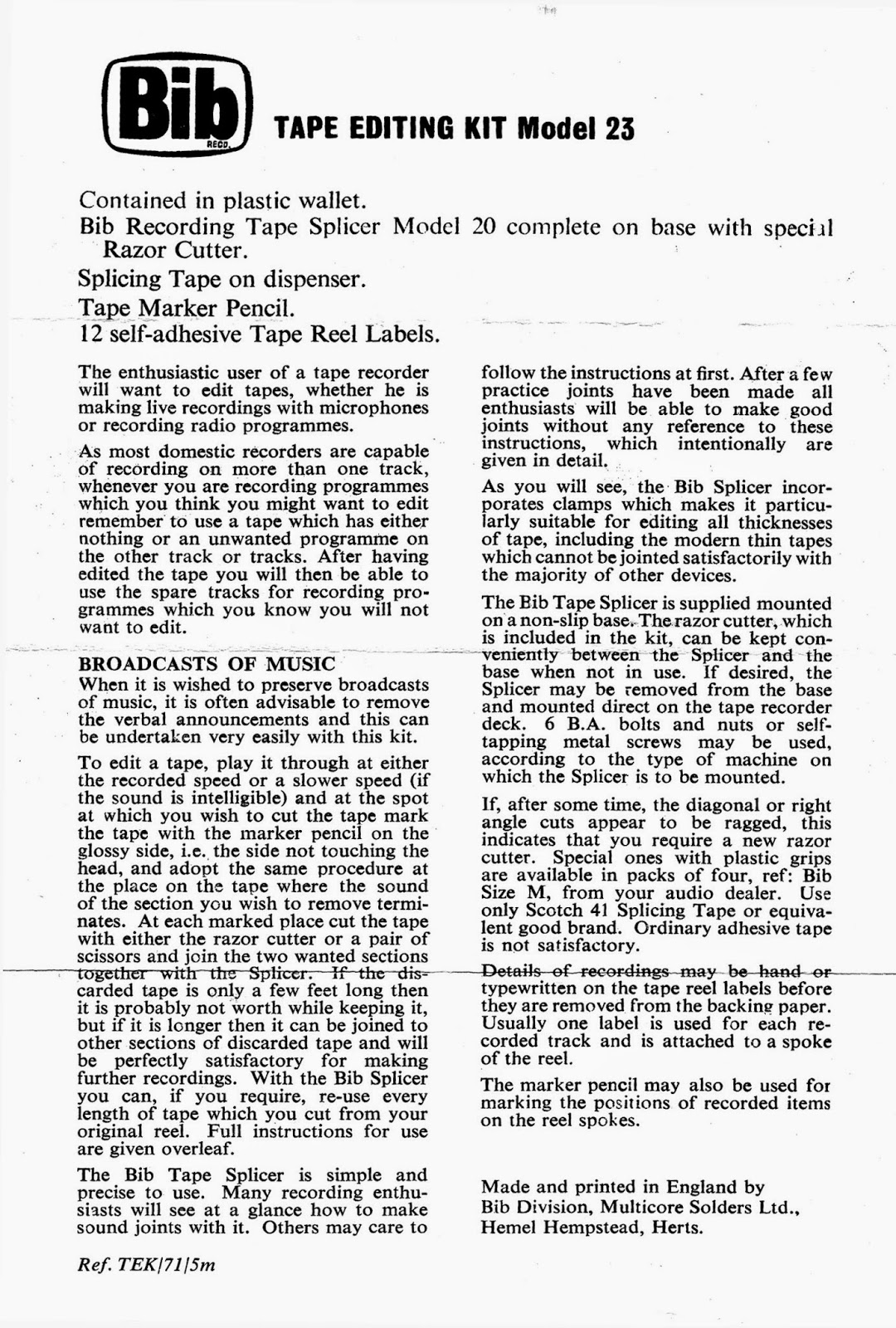 The ad below, published in the same 1969 magazine as the Bib ad above, illustrates the campaign at that time to Buy British and "Save the Pound."  ("A Sterling Idea."  Groan!)  Over the long term, it doesn't seem to have worked.  Multicore Solders was bought by the German firm of Henkel in 2000. 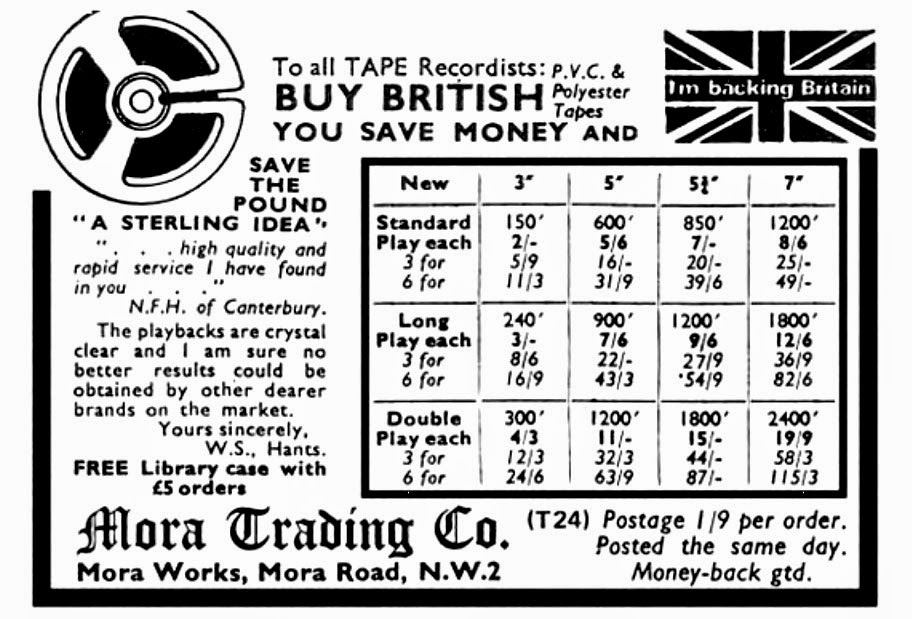