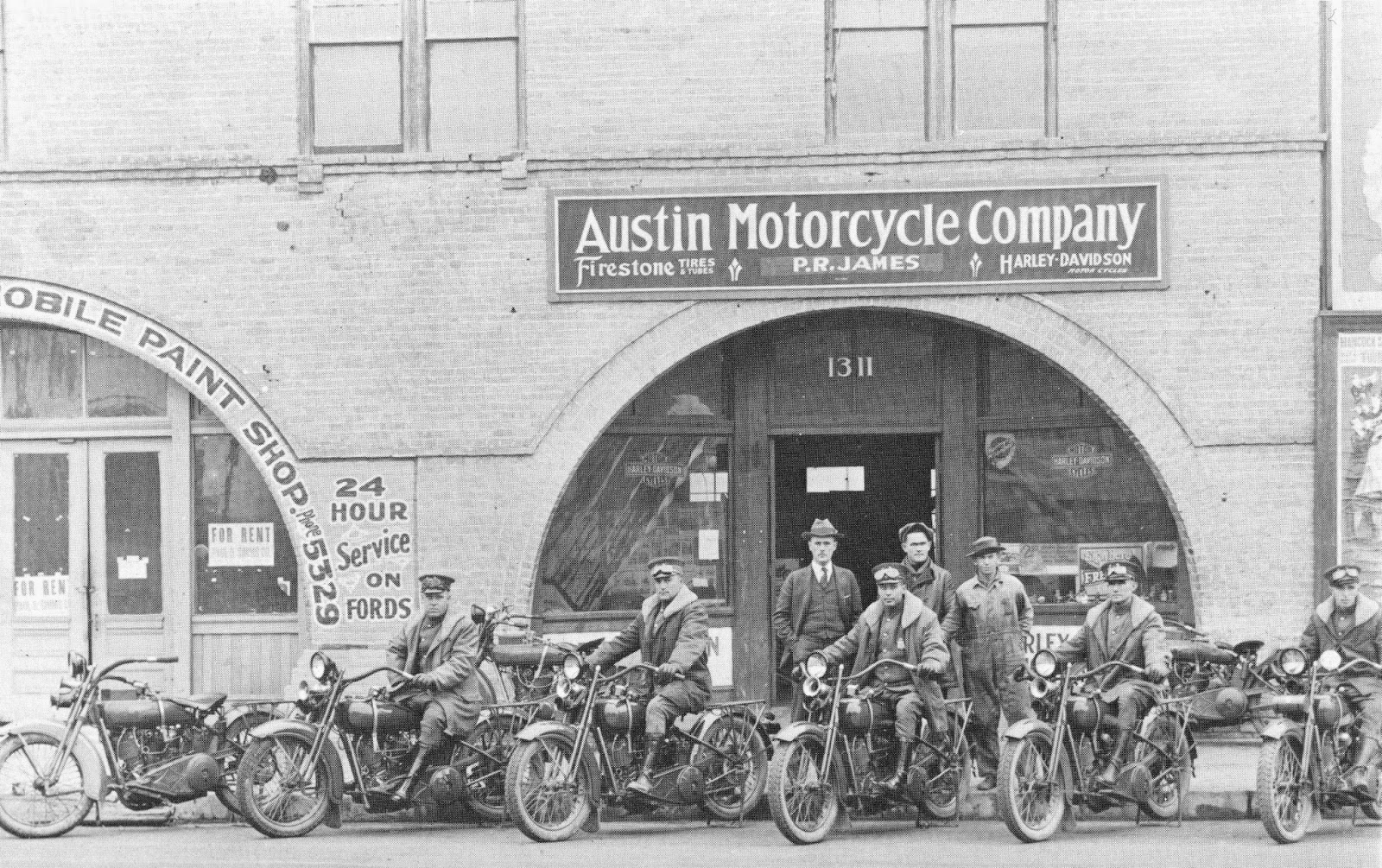 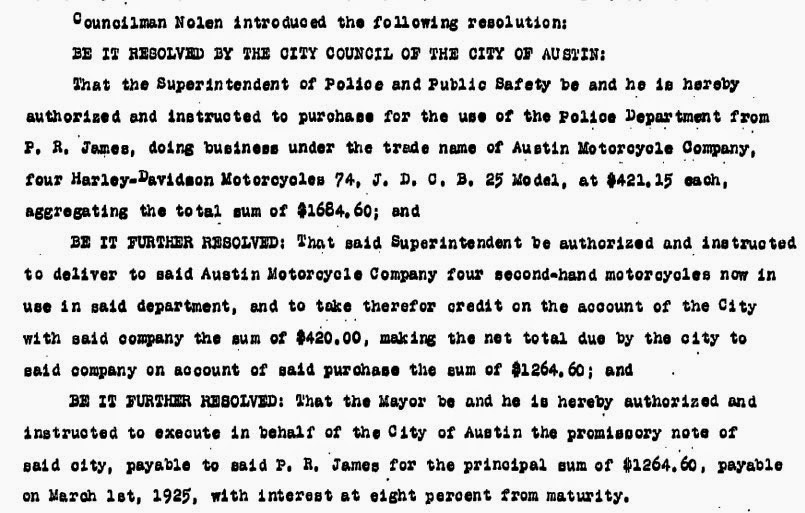 The dealership survived until at least the 1950's:

The shop continued in operation as a Harley-Davidson dealership until the 1970s, when owner Dan James (no relation, unfortunately) surrendered the franchise rather than accede to Harley-Davidson Motor Company’s demands for a more “corporate” image. He operated the shop as an independent Harley-oriented parts and repair shop until his untimely death at the age of 48. Two employees continued to run the shop for a couple of years, until one left to join the new dealership on Lamar Blvd. just north of FM 2222, and the other opened a speed and custom shop in East Austin.

BTW, the man who married Dan James’ stepdaughter, Bud Reveile, was also in the motorcycle business, and operated a different independent Harley-oriented shop on East First Street just west of Pleasant Valley Road. Bud’s Motorcycle Shop opened in April, 1979, and continued in that location, growing larger and larger over the years, until Bud passed away in 2015. Bud skillfully grew his business from simple repairs and used parts to a full service shop offering repairs, restoration, customization, new and used parts, used motorcycle sales, import and export of motorcycles and parts....

As with Dan James’ shop, Bud’s employees continued to operate the business, eventually moving it to a new location on FM 812 near Elroy. At last report it was still in operation there.

Thanks for this post. I’ve searched for photos of Austin Motorcycle Company in the past, but only found the Neal Douglass image from 1953. Love the earlier pic! I’ll have to contact the History Center and order a print.

Wow! Thanks for all the additional info. Very interesting finding the stories behind these old pictures.