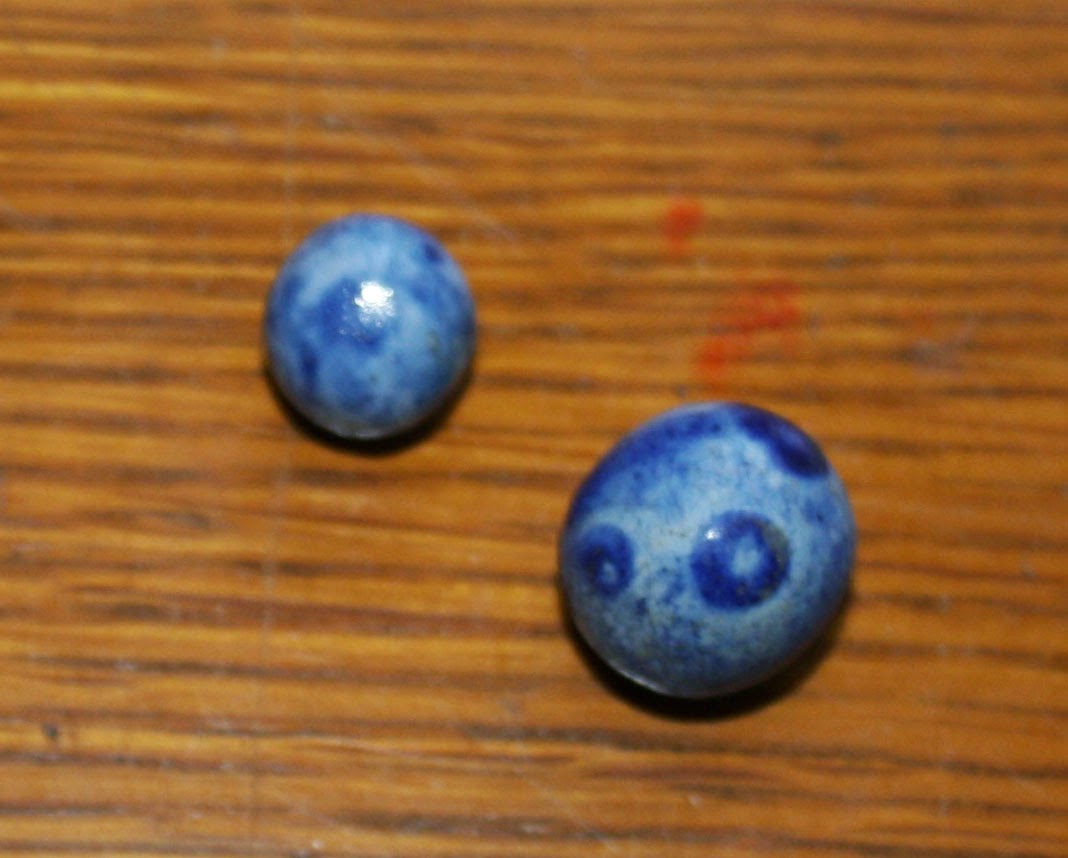 A couple of old clay marbles I discovered in the dirt beside an old abandoned house many years ago.  Clay marbles were often referred to as "crock marbles" or "commies" (common).  They tended to be uneven and so didn't roll true.

When I was a kid, marbles (which, as I recall, we also called "allies") were a passion for most boys at school during recess.  I can remember that we called transparent ones "purees" and really large ones "boulders."  Turns out, there's a whole vocabulary associated with this game.

For some reason, at our elementary school the girls' and boys' play-yards were separated by a painted line, and this gender segregation was strictly enforced by the teachers.  The best marble action was on the boys' side, and some girls used to try to sneak over to try their luck winning marbles from the boys.  They were invariably intercepted by the misogynistic teachers and unhappily returned to their own territory.  Anyway, we'd carry the marbles in bags with draw-strings (velvet Crown Royal bags were popular with the boys whose parents drank), and make shooting ranges out of shoe boxes, with holes of various widths cut into the side. Over each hole would be printed the number of marbles someone could win if they put their marble through it.  Naturally, the higher the potential win, the narrower the hole.  You'd sit with your legs spread and the shoebox in front of your crotch, and shooters would have to try their luck from some fixed distance away.  Allies that missed the shoebox entirely or bounced off of it would be contained by your legs.  Winners would be paid out of your marble bag.

I was reminded of all of this by a story I found in a 1950's school reader.  I don't remember ever playing marbles using a circle as depicted below, or participating in formal tournaments.  Our goal was just to increase the size of your marble stash.

I don't suppose this game is played much, if at all, anymore.  As Beaner would probably have exclaimed, "Gee willikers, that's too bad." 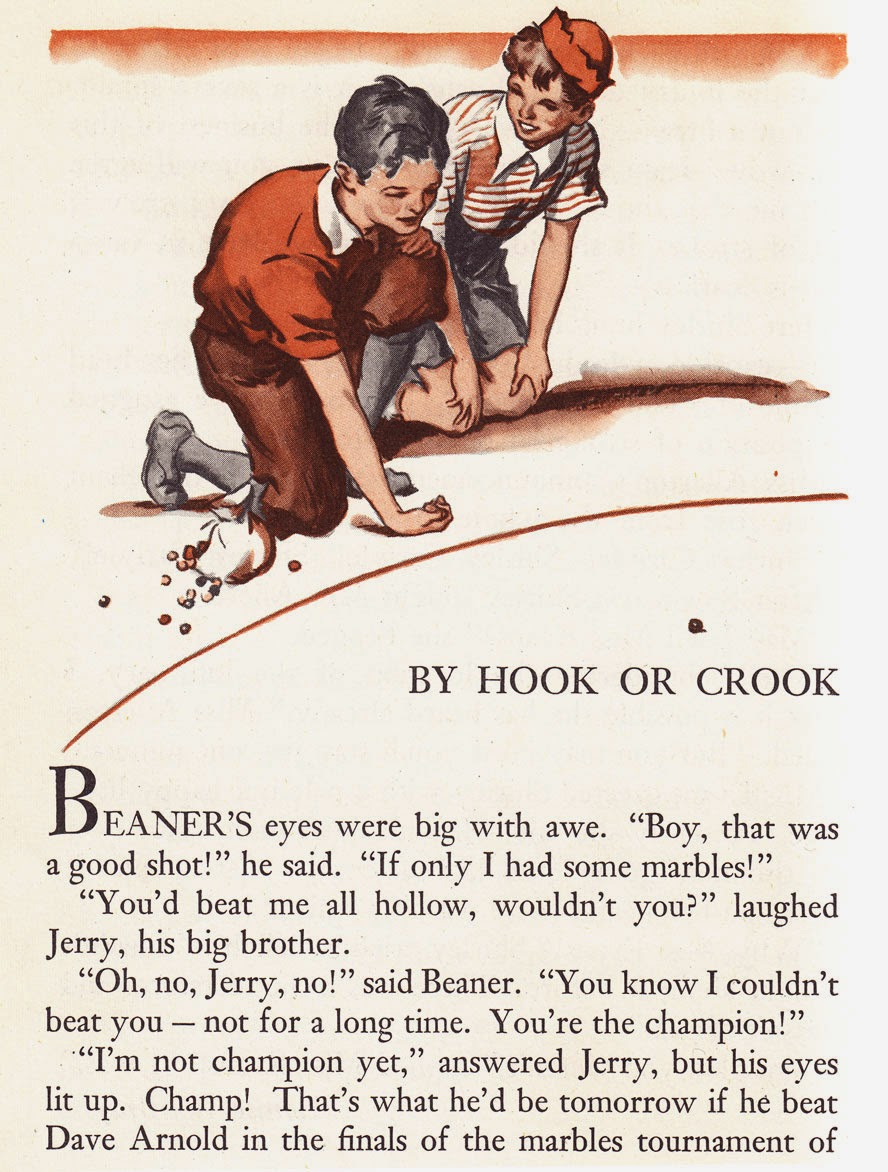 I don't recall the shoeboxes. I dimly recall a variant of the circle. (I'm not certain that I have this exactly right. It was a long time ago, but it's how I seem to remember it.)

There was a corner of our schoolyard that was right up hard by a brick wall. A semicircle would be scribed in the dirt against the wall, so the semicircle had the brick wall for a 'backboard'. The object was for a shooter to get his allie to land and stay within the semicircle. The brick wall would bounce out any overly-energetic or poorly aimed shots. There were, of course, a few boys who were right proper allie tycoons.

The school was Withrow Avenue Junior Public School in Toronto. The place still exists. I've never been back for a visit.

Anyway, for whatever it's worth, here's a little reminiscence about the days before tobacco smoking had been demonized: