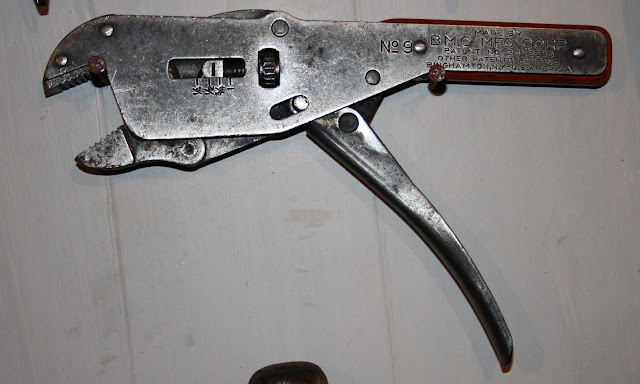 Above, a curious pair of BMC locking pliers I picked up somewhere.

Saul W. Botnick started the Botnick Motor Corporation as a prominent Binghamtom Chevrolet dealership in 1922.  In 1944, he set up a tooling shop in the basement of the dealership to manufacture locking pliers patented by Francis A. Snell: 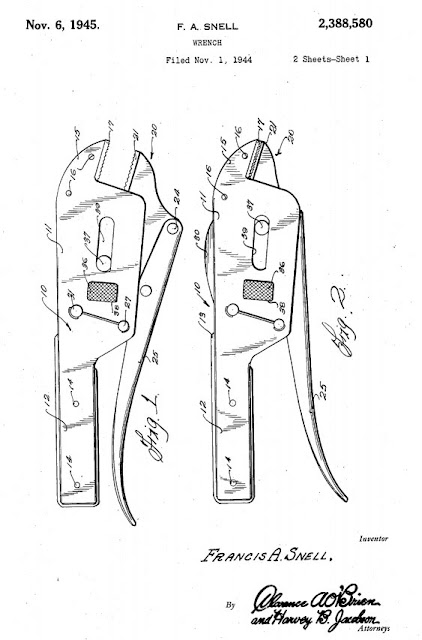 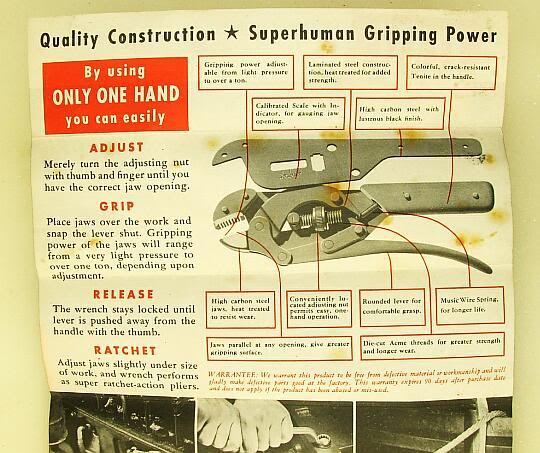 In 1947, the company was also offering offset screwdrivers, the "Ready-Ray Trouble Light" (which plugged into a car's lighter socket) and  the "Change-a-Blade scissors," again patented by Mr. Snell, but assigned to the Change-a-Blade Corporation of New York City. 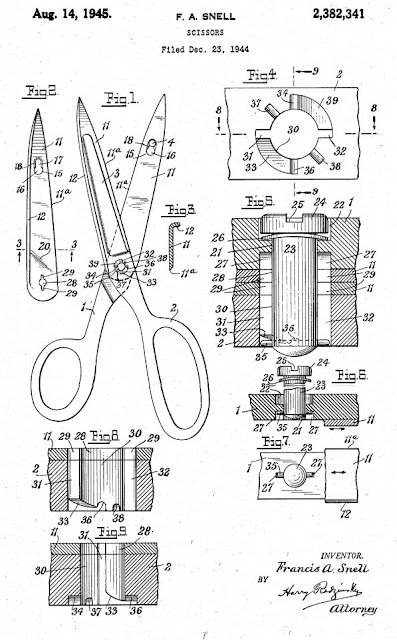 That same year, the company went in a completely different direction, and began to produce toy wheel goods.  As the toy business expanded, the company changed its name to the Binghamton Manufacturing Corporation (or, colloquially, the "Bike and Motor Club").  Its ads show "BMC Manufacturing Corporation" which is remarkably redundant. At its height, it was employing 300 people and making 300 pedal cars per day.  In March of 1954, Saul Botnick sold the company to American Machine and Foundry (AMF), which had bought the Junior Toy Company two years before. BMC, which at that time had dwindled to 200 employees, was to be maintained as a wholly-owned subsidiary of AMF. (To see a wider example of their wares, click here.)
Posted by The Duke at 9:12 AM

I have one of this old locking plier ...nice, strong and clever design ....good old times...steel and smart thinking....

I have of those pliers as well. Still works and I still use it. Used to be my Dad's

My oldest son who is active duty Air Force found a pair of the #9 in a second hand shop near Edwards AFB near Rosamond California. The cool part is that he was born and raised in Best, N.Y. and I (his Dad) still live on the west side of Binghamton. Pretty neat find so far from Binghamton

just picked one of these up at a second hand store in Kelowna BC for $1. Says 'patent applied for' on the handle!

Just bought a pair for $10 at the Cornell Co-Op Farmers market. Extremely cool.

I have the ready ray light in original box. Model b200 and it works

I have a #7 that I grew up watching my Dad use. He had to replace one through rivet on the handle, used an aircraft CS machine screw with a ground down nut shaped like a rivet on the opposite side. Still use it, in fact I just used it tonight. John, Aircraft and Powerplant Mechanic, age 77.